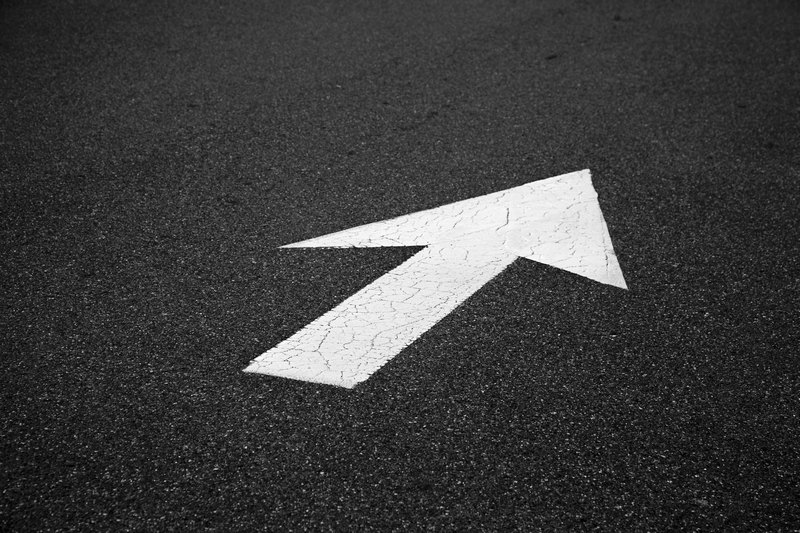 Text of The Verse (Ayat)

“Believers! Have fear of Allah and stand with those that are truthful.” (At Tawba/The Repentance: 119)

Sheikh Abu Bakr Jabir Al-Jazari -may Allaah have mercy on him- interpreted the verse, Believers! Have fear of Allah and stand with those that are truthful”, as, “fear Allaah, by following His orders and abandoning His prohibitions. Be honest in your intention, words, and deed. Hence, you’ll be gathered along with the honest ones in the Hereafter; with the Prophet -peace and prayer of Allaah be upon him-, Abu Bakr, and ‘Umar -may Allaah be pleased with them both-, and all prophets, the truthful, the martyrs, and the pious.”

Sheikh As-Sa’di -may Allaah have mercy on him- interpreted the verse, and stand with those that are truthful, as, “Being thruthful in all of your words, deeds, and in every condition. Such are people whose words, deeds, and conditions are always truthful, thruthfullness  that is safe from laziness and languish, safe from ill intentions, and contains sincerity and good will. Indeed, honesty will lead to piety, and piety will lead to Paradise.”

Explanation of the Verse

The meaning of truthfullness in the verse

There are several interpretations according to the scholars regarding the part of the verse, “and stand with those that are truthful,” from At Tawba:119. Among the interpretations that they’ve mentioned are:

Among the interpretations that they’ve mentioned is, “those whose appearance is similar to what inside their hearts. Ibnul-’Arabi said, “This saying is the essence and the end-goal. Verily, this trait will vanish hypocrisy from one’s faith, and will extinguish dispute by his act. Those who own this trait is labeled as Ash-Shiddiiq, like Abu Bakr, ‘Umar, and Utsman, as well as the people who were below their ranks according to their positions and times.”

Hence, we can infer that the meaning of truthfullness in the verse is in general, comprising one’s words, deeds, beliefs, conditions, etc; thus, by being truthful, a person can attain a noble rank, together with the prophets, the noble companions, the martyrs, and the pious.

The Compulsion of Being Truthful and The Restriction of Lying

Islam is a lofty religion. It teaches all its followers to always be thruthful in every of their deed. It also prohibits lies and denounces lying. Therefore, Allaah the Exalted and His messenger had explained about the illegality of lie, in many verses and hadith of the Prophet -peace and prayer of Allaah be upon him.

Among the arguments that emphasizes the evil of lie and the virtue of truthfullness is the hadith of the Prophet – peace and prayer of Allaah be upon him-,

“There are three signs of a hypocrite, i.e., if he speaks, he lies; if he promises, he breaks it; and if he is trusted, he betrays it,”

The Virtue of Being Truthful

A person who owns the trait of truthful will reap many virtues, among which are:

A person who is always truthful will find peace within his heart. He will be at ease with his truthfulness, contrary to those who tell lies. Their life will not be peaceful and will be saddled with anxiety and restlessness.

If a person is already used to telling lies, he will continue to lie in order to justify his former lies. Hence, this kind of person will never achieve happiness in this wolrd and in the Hereafter. The Messenger of Allaah -peace and prayer of Allaah be upon him- said,

“Turn away (avoid) from some doubtful matters and turn to something that is not doubtulf (obvious). Verily, truthfullness brings peace of mind and verily, lie will (lead to) doubt or confusion.”

2. He will obtain blessings in his trading

A person who is truthful in his interaction with others, will obtain blessings. The Messenger of Allaah -peace and prayer of Allaah be upon him- said,

“Both seller and buyer have the right of choice, as long as they haven’t parted ways. If both of them are thruthful and informing each other (of their condition), they will be blessed in their trade. If they lie and each hiding their flaws, the blessing of their trade will be vanished.”

This hadith indicates that blessing in trading can be obtained through truthfullness.

3. He will obtain martyrdom if he honestly asks for it.

To die as a martyr is the aspiration of every believer with a true faith. The virtues of a martyr are great and plentiful. There are many indications explaining the virtues of martyrdom in the Qur’an and the hadith of the Prophet -peace and prayer of Allaah be upon him-.

Nowadays, it is very hard to achieve the status of a man who dies as a martyr in the battlefield, since the stipulation of going into battlefield that is in line with shari’a rules are aplenty and far from promiscuity. However, Allaah the Glorifed and Exalted will grant the virtue of jihad for anyone who wishes to die as a martyr, if he or she sincerely wish and ask for it. The Messenger of Allaah -peace and prayer of Allaah be upon him- said,

“Whosoever sincerely asks for Allaah to take his life in martyrdom, Allaah will grant him the great position of a people who die as martyrs, even if he died on his bed.”

The Paradise and The Truthful

Thereupon Allah will say: “This day truthfulness shall profit the truthful. For them are Gardens beneath which rivers flow. There they will abide for ever. Allah is well-pleased with them, and they well-pleased with Allah. That indeed is the mighty triumph.” (Al-Maida/The Table Spread:119)

“He who obeys Allah and the Messenger – such shall be with those whom Allah has favoured – the Prophets, those steadfast in truthfulness, the martyrs, and the righteous.  How excellent will they be for companions!” (An-Nisa’/The Women:69)

Who are Ash-Shiddiiq (The Very Truthful Ones)?

The scholars have different opinions regarding the meaning of Ash-Shiddiiq. Among the meanings of ash-Shiddiiq that they’ve mentioned are the followings:

The Compulsion of Keeping The Trust

One form of truthfullness in a person is that he is able to keep the trust that he is entrusted with. The Messenger of Allaah -peace and prayer of Allaah be upon him- said,

The way to Obtain Truthfullness

It is not easy to achieve the degree of ash-shiddiiq (the very truthful ones). In order to achieve it, a muslim should continuosly training himself and practicing it in every of his word, and his deed.

If we analyze it further, most of lies originate from one’s profound love towards worldly affairs. For the sake of gaining worldly benefits, many people will lie and forget the Hereafter.

Al-Hasan Al-Bashri -may Allaah have mercy on him- once said,

“If you want to be with ash-shiddiiq, it is compulsory for you to be ascetic towards the world, and restrain yourself from (following) the disbelievers.”

When We are Allowed to Tell Lie

Basically, it is forbidden to tell lie. A person shouldn’t tell lie whatever the condition is. However, in some circumstances, it is allowed for a muslim to lie, since lying at those times provide major benefit for his life. Telling lie is only allowed in three circumstances, according to a hadith from the Prophet -peace and prayer of Allaah be upon him-,

The Prophet -peace and prayer of Allaah be upon him- said,

“The Prophet -peace and prayer of Allaah be upon him- gave leniency to lie in three conditions; when in battle, when reconciliating between people, and in a man’s words to his wife,”

The scholars have different opinions in understanding this hadith, in whether the lie in these circumstances is allowed in absolute, or not, and what is allowed is only “tauriyah”, i.e., saying something that could be interpreted differently by those who heard it, whereas the sayer means the other meaning of it; hence, he couldn’t technically classified as telling lie.

There is a tyrant that seeks and chases a person to kill him, then his target runs past another person who is sitting by. The tyrant then asks the sitting man, “Did you see anyone ran passing by?”. The sitting man said, while standing, “Ever since I’m here, I didn’t see anyone passed by me.”

The man who was sitting is saying “tauriyah”, since what he means is that ever since he is standing, he hasn’t seen anyone, but when he was sitting, he saw it. Whereas what the tyrant understands from his answer is that he doesn’t see the man he is chasing.

Sheikh Al-Albani – may Allaah have mercy on him- mentioned the law derived from the two hadith in his book, “Ash-Shahiihah”, ‘It is clear for the knowledgeable that the opinion of the first group (who allows to lie in absolute in those three circumstances) is the stronger and the more befitting one, because it is fits the redaction of those hadith. Whereas the interpretation of the second group that bear the meaning of lie in the hadith into tauriyah, it is clear that it is far from the truth, particularly during a battle. Therefore, Al-Hafidzh (Ibn Hajar Al-‘Asqalanaani) wrote in his book,  ‘Al-Fath’ (VI/119),

“An-Nawawy said, ‘seemingly, the correct opinion is that it is allowed to lie in those three circumstances. However, using figurative language (tauriyah) is better.”

From the article above, we can concluse that:

May this article benefits us all, and may Allaah the Glorifed and Exalted record us as the truthful ones, and give us chance to be ash-shiddiiq before our life ends. Aamiin.