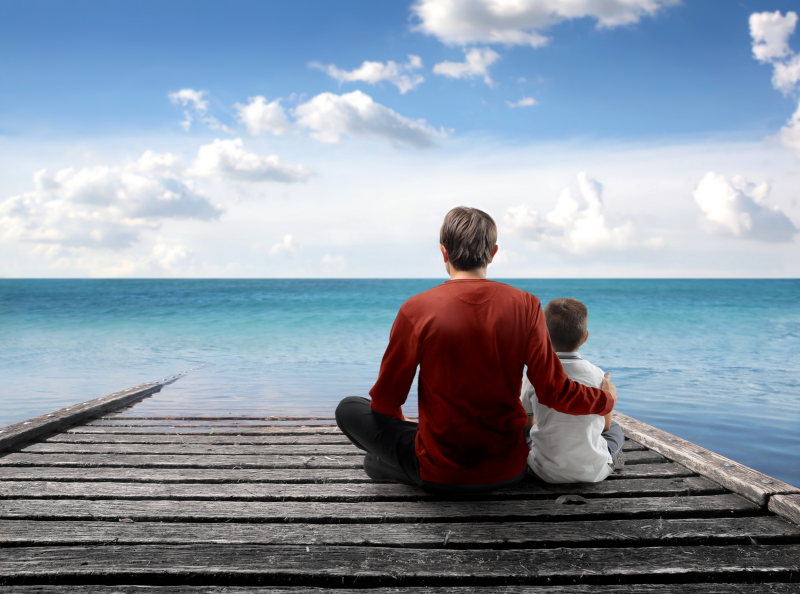 TO ALL MOTHER AND FATHER

All praises be to Allah. Peace and prayer of Allah be upon His messenger, his family, and his companions, and the people who follow his path and guide until the Last Day.

O fathers, O mothers,
Allah had declared,
“You are now the best nation brought forth for mankind. You enjoin what is right and forbid what is wrong and believe in Allah.” (Chapter Ali ‘Imran/The Family of ‘Imran:110)

From Abu Ruqayha Tamim Ibn Aus Ad-Dari –may Allah be pleased with him-, the Prophet –peace and prayer of Allah be upon him- said,

“Religion is an advice. We asked, To whom (the advice), O the messenger of Allah? He said, To Allah, His books, His messenger, leaders of muslim people, and community in general.” (Narrated by Muslim).

By these two lights, I’d like to write to any parent (both mother and father) this advice of mine, comes from a brother who loves them as he loves himself. I pray for Allah to give them benefits through this advice. Indeed, Allah is Very Close, The Hearer and Granter of du’a.

Brothers and Sisters, O mothers and fathers, praise Allah and be grateful to Him, for the favor of children that He has bestowed upon you. Know that a child is great mandate, a grave responsibility whom Allah has trusted to you. Have you been keeping it right?

Allah mentioned the characteristics of His faithful slave:
“who are true to their trusts and their covenants,” (Chapter Al Mu’minuun/The Believers:8)

Have you educate those faithful buds well, those children of yours, thus they behave with the manners of the Qur’an?

Allah the Glorified and Exalted decreed,
“Surely there was a good example for you in the Messenger of Allah, for all those who look forward to Allah and the Last Day and remember Allah much.” (Chapter Al Ahzab/The Clans:21)

Have you educate them to worship Allah the Glorifed and Exalted alone, and maintain their natural tendency from the pollution of shirk and sins?

Have you teach them about the pillars of faith, pillars of Islam, and ihsan, thus they become an example and living role model for a muslim and female muslim?

As the Messenger of Allah –peace and prayer of Allah be upon him- had said, according to Amr Ibn Syu’aib, from his father, from his grandfather,

“Order your children to pray when they reach seven years of age, and hit them (if they do not perform it) when they are ten, and separate their beds.” (Narrated by Abu Daud, the status is hasan). Have you nurture them with the etiquette and manners of Islam, such as being devoted to both parents, visit the relatives, being good to the neighbors, honoring the guest, being good to the poor, honest, trustful, bashful, keeping the tongue, hearing, and sight from the evil things, giving advice to every muslim, enjoin people to do good and discourage them from evildoing, prioritizing other, modest, fulfill the promise, and other benevolent and noble mannerism?

Have you prevent them from committing the bad manners, such as oppressing other people, being arrogant, slandering, pitting people against one another, telling lie, giving false witness, being envious, bearing grudge, spying other people, insulting muslim, tricking, cheating, and being traitorous?
Have you usher them to choose decent friends, and drive them away from evil friends?

Have you teach your daughter since the very young age to be shy, cover her body, and get used to wear the veil perfectly according to shari’a, particularly on her face, and keep her away from mixing freely with men?
Have you been the good example for them in this matter? Have you teach them to be responsible since a very young age? Have you? Did you?

Dear brothers and sisters, of fathers and mothers, It is highly suggested for you to answer these questions honestly, because this responsibility and mandate is very great and heavy to carry.
Allah the Glorified and Exalted decreed,

“Believers, guard yourselves and your kindred against a Fire whose fuel is human beings and stones, a Fire held in the charge of fierce and stern angels who never disobey what He has commanded them, and always do what they are bidden.” (Chapter At Tahrim/The Prohibition:6)

Dear brothers and sisters, of fathers and mothers,

Please let me speak about an important matter, which parents sometimes abandon, or are negligent of its importance, i.e., the attempt to marry off their sons and daughters young.

In one hadith, the Prophet –peace and prayer of Allah be upon him- said,
“O youth, whosoever among you already have the capability to marry, then do it, because it is better in helping you to preserve your sight and your sexual lust. And whosoever haven’t should fast, for it is a remedy for him.” ( muttafaq alaih).

Marriage will preserve and protect both husband and wife, aside from other positive impacts. The evil whisperer from among men and jinn have thoroughly understood that marriage will protect human being and society from immorality and moral corruption, hence they try in earnest to prevent the marriage among the youth with various reasons while at the same time they use the parent’s ignorance over this matter.

It is highly suggested for you, Fathers and Mothers, may Allah preserve you, to marry off you sons and daughters while they are young.

Do your best in finding a righteous wife for your son, as well as righteous son for your daughter, since they are a great mandate thus you have to fulfill their rights.

To other muslim as well, it is suggested to cooperate to lighten the financial burden of marriage. The scholars have advised the muslim for it, and we have a great example in our Messenger, Allah’s Messenger peace and orayer of Allah be upon him-

I pray to Allah, to preserve the children of the muslims with His protection, from any evil and immorality, raise them is with a decent growth, and guide their fathers and mothers to educate them and carry out this heavy mandate. Indeed, my Lord is Very Close, The Hearer and Granter of du’a.