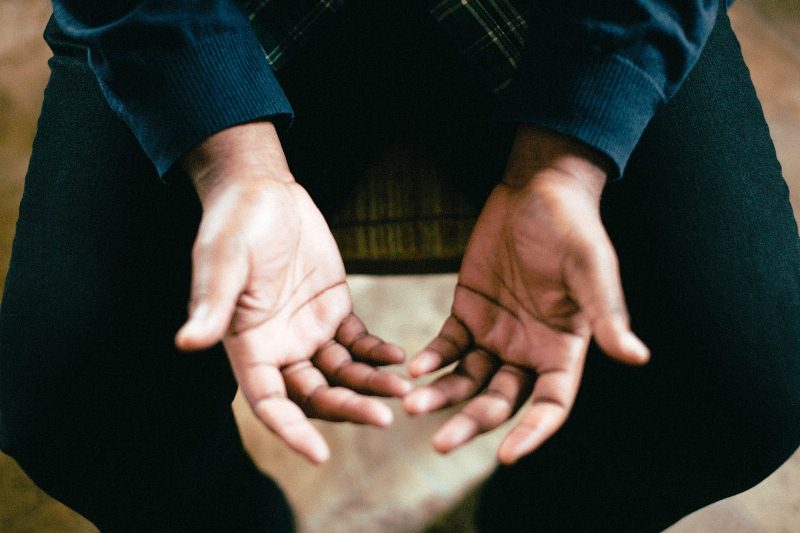 Istighfar (Asking for Forgiveness) and Repentance

Firstly: The Essence of istighfar and repentance

Many people assume that it is enough to do the isighfar and repentance by utterance alone. Some of them said, ” I ask Allah for forgiveness and I repent to Him.” But those words leave no mark within their hearts, nor that they give any influence to their deeds. Indeed, this kind of istighfar and repentance is the act of the liars.

The scholars -may Allah reward them with the best of rewards- have explained the true essence of istighfar and repentance.

Imam Ar Raghib al Ashfahami said, “according to shari’a terminology, repentance means abandoning the sin because of its evil, regretting the committed sin, having a strong determination not to repeat it, and working on doing what could be redeemed of it. If those four aspects have been met, then the requisites of repentance have been accomplished.” (See: Al-Mufradat fi Gharibil Qur’an, the root ” tauba”page . 76)

Imam An Nawawy explained in his own words, “The scholars said, ‘ It is compulsory to repent from all sins. If the wrong doing (sin) is between a slave and Allah, without any relation to the right of human being, (repentance) requires three things. First, he should keep himself away from that sin. Second, he should regret it. Third, he should be determined not to repeat it. If one of these requirements is not fulfilled, then the repentance is invalid one. If the repentance is related to human’s right, then it should meet four requirements. The three that has been mentioned earlier, and the fourth, he should fulfill that other people’s right. If it is a belonging or the likes, he should return it. If it is of punishment of accusation or the likes, then he should give the person a chance to  retaliate, or he should ask for his forgiveness. If it is a slander, then he should ask for forgiveness. (See: Riyadhus Shalihin, page. 41-42)

As for istighfar, it is as explained by Imam Ar-Raghib Al-Asfahani, that is by “asking for forgiveness with utterance and deed.” As for Allah’s decree,

“I said to them: “Ask forgiveness from your Lord; surely He is Most Forgiving.” (Chapter Noah:10)

It doesn’t mean that they are only instructed to ask for forgiveness by words alone; rather, they should ask it through their words and deeds. To the extent that it is said that asking for forgiveness by saying it aline without following it with real act is the work of the liars.(see: Al-Mufradat fi Gharibil Qur’an, from the root  “ghafara”page . 362)

Second: the religious indications of how istighfar and repentance are among the keys to providence (sustenance).

Some of the Qur’anic texts and the hadith show that istighfar and repentance are, with the favor of Allah the Exalted, among the causes of the bestowing of sustenance. The said indications are:

First, What Allah the glorified and exalted revealed about Noah -peace be upon him- who said to his people,

I said to them: “Ask forgiveness from your Lord; surely He is Most Forgiving. He will shower upon you torrents from heaven, and will provide you with wealth and children, and will bestow upon you gardens and rivers.” (Chapter Noah:10-12)

These verses explain about how to obtain the following things by istighfar:

Allah’s forgiveness to his sins. Based on His decree, ” surely He is Most Forgiving.”

Allah’s sending of the pouring rain. Ibn Abbas -may Allah be pleased with them both- said, “Midraaraa” means rain that pouring down heavily. (See: Shahihul Bukhari, Book of Tafseer,  chapter Noah 8/666)

Allah will bestow upon him gardens and rivers. Imam Al Qurthuby said, “In this verse, as well as in chapter Hud:3 (“that you may seek forgiveness of your Lord and turn to Him in repentance”) there is an indication showing that istighfar is one of the way to ask for sustenance and rain to be sent down to earth.” (See: Tafsir Al-Qurthubi, 18/302. Also  Al-Iklil fis Tinbathil Tanzil, page. 274, Fathul Qadir, 5/417)

Al hafizh Ibn Katsir said in his tafseer, “It means that if you repent to Allah, ask for His forgiveness,  and always obey Him, indeed, He will provide for you abundance of sustenances, bestow upon you rains and blessings from the sky, unearth for you blessings from the earth, grow plants for you, Likewise, Leader of the believers Umar Ibn Khaththab-may Allah be pleased with him- also followed the message contained in these verses, when he asked Allah the Exalted to send down upon them the rain. Mutharif narrated from Asy Sya’bi, “That Umar – may Allah be pleased with him- went out along many people to ask for the rain to be sent down. And he didn’t say anything more than istighfar (asking for Allah’s forgiveness) and then he returned home. Thus one of them asked him, “I didn’t hear you asking for the rain.” He replied, “I ask for the rain to be sent down with the majadih of heaven, by which, it is hoped that the rain will come to us. ” then he recited the verse,

“Ask forgiveness from your Lord; surely He is Most Forgiving. He will shower upon you torrents from heaven, and will provide you with wealth and children, and will bestow upon you gardens and rivers.” (Chapter Noah:10-12) (See: Tafseer Al Khazin/154)

Imam Al Hasan al Bashri too, advise every one who came to him complaining about the drought, poverty, scarcity of children, and the aridity of the gardens, to ask for Allah’s forgiveness.

“Ask forgiveness from your Lord; surely He is Most Forgiving. He will shower upon you torrents from heaven, and will provide you with wealth and children, and will bestow upon you gardens and rivers.” (Chapter Noah:10-12) (See:Tafsir Al-Qurthubi, 18/302-303. And  Al-Muharrar Al-Wajiz, 16/123)

Allahu Akbar! How tremendous, great, and abundance, the rewards of istighfar! O Allah, please include is among Your slaves who love to do istighfar, and bestow upon us its rewards, in the world and in the Hereafter. Indeed, You are All-Hearing, The Granter. Amin, O The-Ever Living, The One Who always look after His creations.

Second, another similar  verse is Allah’s decree, which reveals about how Hud -peace be upon him- enjoin his people to ask for Allah’s forgiveness:

My people! Ask your Lord for forgiveness and turn to Him in repentance. He will shower abundant rains upon you from the heaven, and will add strength to your strength. Do not turn away as those given to guilt.” (Chapter Hud:52)

Al Hafizh Ibn Katsir interpreted in the said verse wrote, “Then Hud -peace be upon him- ordered his people to ask for Allah’s forgiveness, by which their past sins will be nullified, and then ordered them to repent for their future. Whoever comes with these qualities, certainly, Allah will send down his share of sustenance in abundant, facilitate his affairs, and protect him. Therefore, Allah declared,

O Allah, please include us among people who keeps repenting and asking for Your forgiveness all the time, provide our sustenances in abundant, facilitate our affairs, and protect us. Indeed, You are The All-Hearing, The Granter of du’a. Amin, O The Almighty, The Exalted.

Third: Another verse is Allah’s decree:

“that you may seek forgiveness of your Lord and turn to Him in repentance whereupon He will grant you a fair enjoyment of life until an appointed term,  and will bestow favour on everyone who merits favour.  But hould you turn away (from the Truth), I fear for you the chastisement of an Awesome Day. (Hud:3)

In this verse, Allah the Almighty promises His favors to those who do istighfar and repent to Him. And the meaning of His verse, “He will grant you a fair enjoyment of life until an appointed term,” is as Abdullah Ibn Abbas -may Allah be pleased with them both- said, ‘He will grant you sustenance and easiness.” (See: Zaadul Masiir, 4/75)

Whereas Imam al Qurthuby in his tafseer said, “This is the yield of istighfar and repentance to Allah. That is, Allah will grant you favors, in the form of various benefits, of the sustenance in abundance, prosperity, and that He will not torture you as He did to people who was destroyed before you.” (See: Tafsir Al-Qurthubi, 9/403. Also refer to: Tafsir Ath-Thabari, 15/229-230, Tafsir Al-Baghawi. 4/373, Fathul Qadir, 2/695 and Tafsir Al-Qasimi, 9/63)

And the said promises is revealed as the reward that befits its requisite. Sheikh Muhammad Al Amin Asy Syinqithi said, “The noble verse highlights that istighfar and repentance to Allah, from sins, is one of the reason Allah grants the fair enjoyment to people who does it, until its certain time. Allah will reward the istighfar and repentance with (the fair) enjoyment based on the established requisites.” (See: Adhwa’ul Bayan, 3/9)

Fourth: Another indication that points out that istighfar and repentance are among the keys of sustance, is a hadith narrated by Imam Ahmad, Abu Daud, An-Nasa’i, Ibn Maja, and Al-Hakim, from Abdullah Ibn Abbas -may Allah be pleased with them both-, in which he said that the Messenger of Allah -peace and prayer of Allah be upon him- said,

In this hadith, the honest, trustworthy Prophet, who spoke based on the divine revelation -peace and prayer of Allah be upon him- informed us about the three results one who recites plenty and plenty of istighfar could reap; one of which is that Allah, The Provider of Sustenance, The Owner of All-power, will provide him sustenance from whence he never imagines, never hopes of, and even never crosses his mind.

Therefore,it is strongly suggested  for people who wish to obtain his sustenance, to be haste in reciting plenty of istighfar (asking for Allah’s forgiveness), both in his spoken words and through his act. And for every muslim to be cautious! Once again, to be very cautious, of reciting istighfar alone without realizing it in his deed, since it is the habit of the liars.

Majadih is the plural form of “majdah”, one kind of stars which presence, according to the Arabs, signify that the rain will pour down. Thus, Umar -may Allah be pleased with him- rendered the istighfar equals to the stars, communicating through an aspect that they had recognized. Moreover,  they did believe before that the presence of the said star is the sign of the upcoming rain, and it doesn’t mean that Umar thought that the rain was coming because of the stars. (See: Tafseer Al Khazin, 7/154).

“Whoever continuously upon -in another narration: doesn’t abandon the istighfar”. See: Sunan Abi Daud, 4/267, Sunan Ibn Maja, 2/339. The meaning is as Sheikh Abu Ath-Thayyib Al-Azhim Abadi said that that when evil act happened, or in the time of trial, or for a man who is perpetually burdened with illness; (for those who undergo these conditions), indeed, they are in need of istighfar and repentance in every breath that they breathe. Therefore, the Messenger of Allah -peace and prayer of Allah be upon him- said, “He who finds inside his shahifah (record of deed) plenty of istighfar is indeed the fortunate one.” (Narrated by Ibn Maja, the status is valid). (See: Aunul Ma’bud, 4/267)