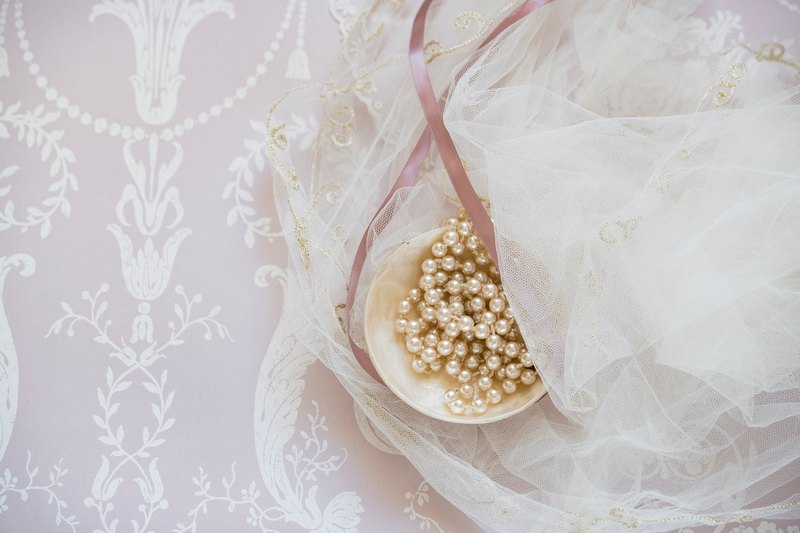 It is narrated from Hamzah Ibn Abi Usaid Al-Anshari, from his father (i.e., Abu Usaid Al-Anshar -may Allaah be pleased with him-), that when the Messenger of Allaah – was leaving the mosque and seeing that men and women were freely mixed on the street, he heard the Messenger of Allaah -peace and prayer of Allaah be upon him- said (to the women), “Stand back! Indeed, it isn’t rightful for you to walk in the middle of the street. You should walk at the sidewalk.” (Abu Usaid Al-Anshary -may Allaah be pleased with him-) said, “so the women walked close to the walls, to the extent that their clothes were get caught on it (due to their proximity, -tr).”

This hadith is narrated by Abu Dawud, hadith no. 5272, Ath-Thabari in “Al-Mu’jam Al-Kabir” (IX/262) and Imam Al-Baihaqi in “Al-Jami’ li Syu’abil Iman”, hadith No. 7437. Ibn Hibban also recorded it from the line of narration of Abu Hurairah -may Allaah be pleased with him- with th the text of; ( ليس للنساء وسط الطريق )  in “Shahih Ibnu Hibban bi tartib Ibn Balaban”, hadith no. 5601.

The status of this hadith is hasan (good), according to Sheikh Al-Albani -may Allaah have mercy upon him- in “Silsilah Al-Ahadits Ash-Shahihah” (II/511) no. 856.

In this hadith, The Messenger of Allaah -peace and prayer of Allaah be upon him- guided his followers to have a noble manner, i.e., by prohibiting free mixing between men and women. He also guided the women to the correct way upon walking alongside men on the street, i.e., by walking on the sidewalk, not in thw middle of the street since it is meant for men. By abiding this hadith, they will be saved from free mixing as well as other things that Allaah The Glorified and Exalted forbids, their purity will be intact, for women in particular.

In Islam, a woman is treated as a priceless jewel, thus, Islamic rulings come to protect women, and not the other way around.

There are many people with impure souls that wish to ruin women’s honor, hence they label Islam as a religion that restraints and imprisons women. These are statements that are impossible to be said by anyone who believe in Allaah the High and Almighty, and His messenger -peace and prayer of Allaah be upon him- with a true beliefs, which believing in the perfection of this religion.

Indeed, Islam is a very noble religion. Islam pays strict attention to nobility of manner and etiquetter. Therefore, Islam forbids free mixing between men and women who are not forbidden to marry one another, and tightly closes any way that could lead to it.

There is no doubt that Allaah the High and Almighty, as well as His messenger -peace and prayer of Allaah be upon him- will not forbid something except if the thing brings harm or possesses danger to human being. Same goes for free mixing; it wont be disallowed except for the grave danger and damages it causes on earth.

Among the damages caused by free mixing are:

How often it is that we hear news from television, or read on the newspaper regarding sexual harassment inflicted by the immorals towards women; on the street, public transportation, or even in educational institutions. It all happens due to the existence of the door that leads towards it.

2. It causes the loss of jealousy and modesty

Nowadays, it is not a taboo anymore to see a woman goes alone with a man who is not her mahrom (i.e., men that she can’t marry). It seems to be normal, and they do not feel any embarrassment for it, nor that there is any jealousy from the woman’s family upon seeing their daughter or sister walking alone with a non-mahram man.

It happens because free mixing has become a normalcy by most of the muslims. Ibn Qayyim Al-Jauziyya also mentioned the damages cause by free mixing. He wrote,

“There is no doubt that letting woman mixes freely with man is the source of all dooms, and one of the biggest cause of the descent of divine punishment that spread evenly among mankind. As it is also one of causes of the destruction that befalls both private and public affairs. Free mixing between man and woman is the trigger that cause plenty of evils and adulteries. It is also the cause of death and deadly plague of tha’un which has gone widespread.

When the adulterer were mixed with the troops of Prophet Moses -peace be upon him- and spread evildoing among them, Allaah the High and Almighty sent down the deadly plague of tha’un, to the extent that 70,000 of them were dead in a day. This is a very famous story in the books of Qur’an interpretation/tafseer. Thus, one of the causes of the widespread of deadly plague is the widespread of adultery that was caused by the free mixing between men and women, and women freely walked among them with their adornments and make ups. Supposed that the stakeholder among the authorities know about the terrible impact it has on their world and society, even before vieweing it from religious perpective, they will certainly strictly forbid it from happening.” (See: Ath-Thuruq Al-Hukmiyah Fissiyaasah Asy-Syar’iyah page. 407)

Whatever we heard and saw, from the many phenomena of sexual harassment and abuse towards women will not happen except for deviations from this noble sharia of Islam. Essentially, Islam is not sent down except to preserve the chastity of mankind, and of women in particular. Therefore, Islam has set specific rules for women that are designed to mainly preserve their chastity, and among those rules are:

A Woman is required to wear a veil, i.e., one that covers all of her body parts and her adornments. The indication that supports this notion is the verse:

“O Prophet, enjoin your wives and your daughters and the believing women to draw a part of their outer coverings around them.  It is likelier that they will be recognised and not molested.  Allah is Most Forgiving, Most Merciful.” (Chapter Al-Ahzab:59)

From ‘Aisha -may Allaah be pleased with her, she said, “May Allah bestow His Mercy on the early emigrant women. When Allah revealed: “… and to draw their veils all over their Juyubihinna (i.e., their bodies, faces, necks and bosoms)…” (V.24:31) they tore their Murat (woolen dresses or waist-binding clothes or aprons etc.) and covered their heads and faces with those torn Muruts.” (Narrated by Al-Bukhari no. 4758)

Woman is required to stay at her home except when there is a necessity that requires her to step out of it. The indication that supports this notion is Allaah’s verse -Glorified and Exalted be He-:

“And stay in your homes and do not go about displaying your allurements as in the former Time of Ignorance. “ (Chapter Al- Ahzab: 33)

Woman is not allowed to expose her beauty / adornment (Tabarruj)

Two are the types amongst the denizens of Hell, the one possessing whips like the tail of an ox and they flog people with their help. (The second one) the women who would be naked in spite of their being dressed, who are seduced (to wrong paths) and seduce others with their hair high like humps. These women would not get into Paradise and they would not perceive the odour of Paradise, although its frag- rance can be perceived from such and such distance (from great distance).(Narrated by Muslim hadith no. 2128)

Woman is not allowed to travel far (safar) except with her mahram. Among th indications that support this notion is a hadith below:

These are some rulings which underline the great attention that Islam pays towards women, and these are not being sent from above except to protect women’s dignity and purity.

May this article benefits us all.

[1] This article is adapted with several additions and editing from the writing of Ustadz Adi Aprianto (Student of Islamic University of Medina), titled “How Islam Protects You, O Sisters”, which was submitted as a paper for the subject of  hadith during his study in the school of Imam Syafii, Jember.