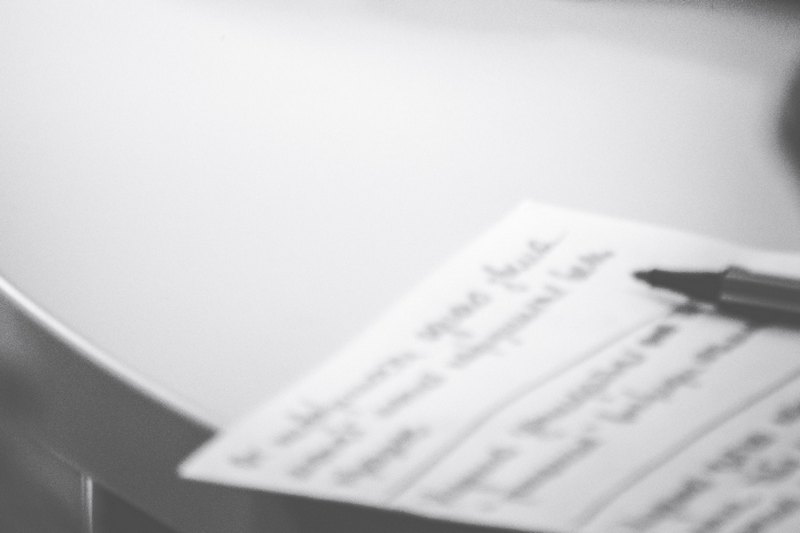 The Record of The Sinner

“And then the Record of their deeds shall be placed before them and you will see the guilty full of fear for what it contains, and will say: “Woe to us! What a Record this is! It leaves nothing, big or small, but encompasses it.” They will find their deeds confronting them. Your Lord wrongs no one.” (Al-Kahfi/The Cave: 49)

Allaah the Exalted had informed us about the day in which our deeds will be shown to us. “And then the record of their deeds shall be placed before them,” i.e., the record of their good and bad deeds. Allaah will give each and every single person his or her record. The faithful will receive their record with their right hand, whereas the disbeliever will receive it will their left hand.

“and you will see the guilty, “ i.e., at that day, “full of fear for what it contains,” i.e., the content of the said record, of their evil deeds, “and will say: “Woe to us!,” i.e., They are in deep regret and sadness, thus they uttered that they are wretched and doomed. “What a Record this is! It leaves nothing, big or small, ” I.e., from our sins, “but encompasses it.”

Allaah the Exalted decreed in the end of the showing of those records, “They will find their deeds confronting them. “ I.e., of goodness and evil, has been written and counted in their records, and they have received the result of their deeds.

Explanation of the Verse

Believing in the Last Day is compulsory for every muslim. A muslim should believe in everything that Allaah the Glorified and Exalted has revealed in the Qur’an, as well as everything that the Prophet -peace and prayer of Allaah be upon him- had informed in his hadith.

One of the news that Allaah and His messenger had informed us is that the day of counting (the day where every deed will be shown and calculated by Allaah) will happen. On that day, every good and evil deed of mankind will be shown before them, and he won’t deny it. Among the things that every muslim should believe in on that day, is the existence of a record that records every deed, of the good and the bad of it. It misses nothing, and everything has been recorded in it. And the verse that we are discussing reveals about the record.

“And then the Record of their deeds shall be placed before them,”

The scholars were in disagreement regarding the correct interpretation of “the Record” in this verse. Their opinions are:

The correct opinion is the first one, because Allaah the Glorified and Exalted mentioned at the latter part of the verse,

,and you will see the guilty full of fear for what it contains, “

It shows that the record is something that can be seen by the guilty on that day.

The writing of “record” in singular form in this verse doesn’t mean that there will only be one book, as it is only to point out the kind of book. As for the record it self, its number are aplenty, and each person will receive one record of his deeds.

Allaah the Glorified and Exalted decreed,

“We have fastened every man’s omen to his neck.  On the Day of Resurrection We shall produce for him his scroll in the shape of a wide open book, (saying):”

and you will see the guilty full of fear for what it contains, “

In this verse, Allaah informed us that the guilty will be in terrible fear upon seeing the records of the evil deeds that they’ve committed, because they know that after receiving it, they will suffer the harsher troubles and painful punishment from Allaah the Glorified and Exalted. Therefore, they said,

Allaah’s decree -and Exalted be He-:

They say, “Woe to us!,”, which indicates that at that time, they truly realize the evil that they’ve committed, i.e., spending their previous life in the world in vain. There were nothing that they could after that, except announcing the dooms that are bound to befall them after receiving that record.

What a Record this is! It leaves nothing, big or small, but encompasses it.

They are aghast with the detail of the recording of the sin that they’ve done. Allaah indeed has written all of their sins inside if that record, from the big and the small ones,

Ibn ‘Abbas -may Allaah be pleased with them both- said, “Ash-Shagiirah (the small) means smiling, whereas Al-Kabiirah (the big) means laughing loudly.”

Ath-Thabari -may Allaah have mercy on him- said, “The record will not leave anything behind, from the small or the large scale of sin, except writing it down.”

“Stay away from small sins (that are deemed insignifact)! Indeed, the parable of those small sins is like a tribe who runs into a dry river. Then comes a man who brings a log of wood with him, and another brings other log, until they are able to bake their bread. Indeed, even small sins, if it is committed continuously, will perish its owner.”

They will find their deeds confronting them

There are two opinions regarding the interpetation of the word,

In this verse. Among the scholars there is an opinion that it means, “that their deeds will be calcutaled, and that they’ll find it sitting before them,” and some of them said, “they will receive rewards or punishment for everything that they did, and that the rewards or punishment of it before their very eyes.” And Allaah knows best, the first interpetation is more correcrt, since the verse talks about the Day of Recounting.”

There are some verses that resemble this verse in its meaning, among which are Allaah The Exalted’s decree,

The Day is approaching when every soul shall find itself confronted with whatever good it has done and whatever evil it has wrought. It will then wish that there be a wide space between it and the Day! Allah warns you to beware of Him; He is Most Tender towards His servants.(Ali Imraan/Family of ‘Imraan:30)

“On that Day will man be apprised of his deeds, both the earlier and the later.” (al Qiyama/The Doomdsday: 13)

“On the Day when man’s deepest secrets shall be put to the test.” (Ath Thaariq:9)

Your lord wrongs no one.

Allaah the Glorified and Exalted said,

We shall set up just scales on the Day of Resurrection so that none will be wronged in the least. (We shall bring forth the acts of everyone), even if it be the weight of a grain of mustard seed. We shall suffice as Reckoners. (Al-Anbiyaa’/The Prophets 47)

Also in His decree,

Indeed Allah wrongs none, not even as much as an atom’s weight. Whenever a man does good, He multiplies it two-fold, and bestows out of His grace a mighty reward. (An-Nisaa’/The Women:40)

It is a form of Allaah’s mercy towards His slaves who had performed good deeds. Allaah will not reduce their rewards, instead, He will multiply it for them.

And among Allaah’s fairness -Glorified and Exalted be He, is that He will be the judge to give verdict against animals that had oppressed other animals, while we know that animals are not creature whom Allaah has burdened with shari’a. The Messenger of Allaah -peace and prayer of Allaah be upon him -said,

“Indeed, the animals who have no horns will be given the right of qishaash (to retaliate) against the horned animals later in the Hereafter.”

This is the end of this article, may it bring benefits to us all. And may Allaah the Glorified and Exalted write our names as people who will receive their records with their right hands, and may He smooths out our path to His paradise -Exalted be He-.