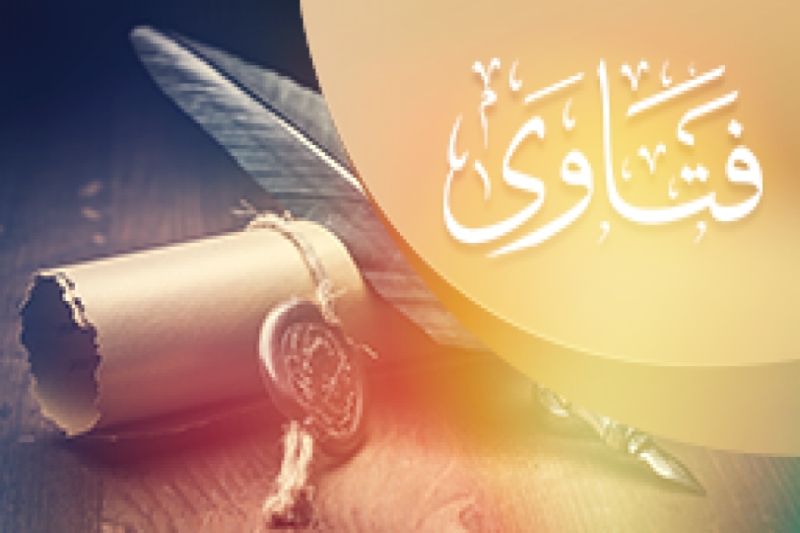 There are still many of us who question about what is salafy, and why should we follow the salafy? Some of the muslims even assumed that the word “salafy” refers to a fanaticism, or worse, an extreme fanaticism to certain group and belittle others, and they even said that salafy is a new term in Islam.

Is it true…..?! In the paragraphs below, we quoted an answer given by Sheikh Muhammad Nashiruddin Al-Albani –may Allah have mercy on him- taken from the magazine of Al-Ashalah, 9th edition/Year II/15th of Sya’ban, 1414 H, and was published in the magazine of As Sunnah, 9th ed/Year III/1419H-1999, regarding a similar question which he was asked of.

The following is A question presented to Sheikh Muhammad Nashiruddin Al Albani-peace be upon him-:

“Why we should named ourselves “Salafiyya”, is it included in the enjoin of certain party, group, school of thought, or is it a new group in Islam ..?

Below is his answer:

The truth is that the word “as salaf” is already well-known in Arabic terminology as well as in Islam. We’ll discuss about the shari’a aspect of it. In one of a valid hadith, it is said that when his death was approaching, the Messenger of Allah –peace and prayer of Allah be upon him- told Fatima –may Allah be pleased with her- :

Which can be translated as, “Fear Allah and be patient, for I am the best of “As Salaf” for you.”

In reality, the scholars often use the term “As Salaf”. One of the example of their common using of “as Salaf” is in poem that is used to counter the bid’a (heresy):

“And every goodness is in following the Salaf.”

“And every evilness is in the new things made up by the Khalaf.”

Because they thought that such affiliation has no basis in Islam. They said, “It is not permitted for a muslim to claim that, “I am a salafy”.” They indirectly assumed that a muslim shouldn’t follow the salaf ash sholih (the righteous predecessors) be it in their creed, worship ritual, or manner.”

Thus, it is not allowed for a muslim to be unaffiliated (bara’) to the salaf ash sholih. Whereas if a muslim declare that he is without any affiliation to other than the salaf ash sholih, it is impossible for any scholars to affiliate him with infidelity or immorality.

For People who denied the using of this term, isn’t he, too, affiliate himself to certain school of thought, be it in creed or in jurisprudence? He might be an Ash’ary, a Maturidi, ahl Hadits, hanafiy, Shafi’I, Maliki, or Hanbali, that are still included in the terminology of Ahl Sunnah wal Jama’a.

Whereas people who affiliated themselves to the school of Ash’ary and the followers of the four schools are affiliating themselves to people who were not flawless. Although there were some scholars among them who were right. Why don’t these affiliations to the flaw individuals be denied?

As for people who affiliated themselves to the salaf ash sholih, he has affiliated himself to the “Ishmah” (flawlessness/preserved from mistake) in general. The Messenger had described the signs of the Firqah Najiah, i.e., the saved group, in the form of their commitment in holding to the sunnah of the Prophet and his companions. Hence, anyone who firmly upholds the way of life (manhaj) of the salaf ash sholih shall believe thar he is upon the guidance from Allah the Almighty.

Salafiyya is a predicate, that will ennoble its owner and ease his way to join the “Firqah Najiyah”, a virtue that doesn’t exist in anyone who affiliated himself to anything beside it. Because affiliation to other than salafiyya will only culminated into two things:

We shall continue and keep on voicing that our understanding of the Holy Book and The Sunnah is in line with the method of the companions, so that we’ll stay under the guard of Ishmah (flawlessness) and that we shouldn’t deviate nor tend to be swayed to certain thought which is without any basis from the Qur’an and the sunnah.

Why is the affiliation to the Holy Book and the Sunnah is not enough..?

The reason roots back to two things, namely the relation to the valid indication, and the existing phenomenon of Jama’ah Islamiyah (Islamic groups).

Regarding the first reason.

We’ve found inside the indications an order to obey another thing beside the Holy Book and the Sunnah, as in Allah’s decree,

“Believers! Obey Allah and obey the Messenger, and those invested with authority among you.” (Chapter An Nisaa’/The Women:59)

If there is a ruler who is appointed with the pledge of loyalty of the muslims, that ruler must be obeyed as with the obedience to the Holy Book and The sunnah. Although sometimes he and his subordinates might do some wrongs, people are still obliged to obey him in order to ward the bad impact of disagreement, but by still upholding the well-known condition, namely:

“There is no obedience to creation in committing immorality against the Creator.” (See: Ash Shahihah no. 179)

“As for him who sets himself against the Messenger and follows a path other than that of the believers even after true guidance had become clear to him, We will let him go to the way he has turned to, and We will cast him into Hell – an evil destination.” (Chapter An Nisaa’/The Women:115)

Allah is The Exalted, and it is impossible for Him to play around. It is undeniable that the mention of Sabiilil Mu’miniin (The way of the believers) must contain a great wisdom and benefit. This verse proves that there is an important obligation for muslims, that is our following to the Holy Book and the sunnah must be in line with the understanding of the first generation of muslim (the companions of the Prophet). And this is the core enjoin and the underlined message of the da’wa of salafy in their da’wa and educational method.

Indeed, the da’wa of salafy will truly unite the ummah. Whereas other da’wa will only tear them apart. Allah decreed,

““Believers! Have fear of Allah and stand with those that are truthful.” (Chapter At Tawba/The Repentance:119)

Whoever separates between the Holy Book and the sunnah and the salaf ash sholih will never achieve the truth in his whole life. .

As for the second reason.

The groups and parties (of Islam) that exist nowadays are totally disregard the enjoin to follow the way of the believers that has been stated in the previous verse, and further been reaffirmed in several hadith.

One of those hadith is the hadith about the seventy three groups, which all of them will enter the Hell except for one group. The Messenger of Allah described it as:

“It (the group) is the one that stands upon my and my companions’ path today.”

The hadith is in accordance with the verse that cites about the way of the believers. Another hadith with the similar meaning is the hadith from Irbadh Ibn Sariyya, in which the Messenger said,

“Therefore, holding yourself strongly into my lesson and the lesson of Khulafa Ar-Rasyidin (The rightly guided caliphs).”

It is a must for us –the latter generation- to refer to the Holy Book and the sunnah and the way of the believers. It is not permitted for us to say, “We are being independent in understanding the Holy Book and The sunnah without the guidance of the salaf ash shalih.”

Likewise, today, we should have a name that could differentiate between the good and the evil. It is not enough for us to say, “I am a muslim or affiliate myself to Islam, since every group also voices the same claim, be it the Syiah, Ibadhiyyah (one of the branch of the Khawarij), Ahmadiyya, and others. What make us different from them?

If we say, “I am a muslim who hold firmly to the Holy Book and The Sunnah’, it is, too, not enough yet because the astray groups also claimed that they are following the Book and the Sunnah.

Undoubtedly, the clear, definite name that differentiates us from the other mistaken groups is, “I am a muslim who is consistent with my following of the Holy Book and the Sunnah, and the method of Salaf”, or to be short, “I am a salafy.”

We should be sure that affiliating ourselves to the Holy Book and the sunnah alone without the method of Salaf to shed a light in the comprehension, thought, knowledge, deed, da’wa, and jihad, is not enough.

We all know that the companions of the Prophet was not being fanatic to certain school or individual. None of them was called the Bakry, Umary, Uthmany, or Alawy (meaning the followers of Abu Bakr, Umar, Uthman, Ali). In fact, if any one of them could ask Abu Bakr, Umar, or Abu Huraira, then he would ask, since they all believed that it is not allowed to follow anyone in absolute except the Messenger of Allah –peace and prayer of Allah be upon him-, who didn’t speak of anything from his own desire, for his words were none other than the divine revelation revealed to him.

If, for example, we accept those critics refutation, in that we only claim ourselves as muslim without any affiliation to the method of Salaf; whereas the method of Salaf is a correct and noble affiliation, then will they (the critics) be free from self-claiming with names of school of thoughts, or names of their congregations ..? While those naming are wrong and against the shari’a?

Allah is The One Who guides to the straight path, and He is The Helper.

That is our answer. The term “Salaf” is not pointing out to fanaticism to certain group, instead, it shows the commitment to follow the methof of the salaf ash sholih in understanding the Qur’an and the sunnah.