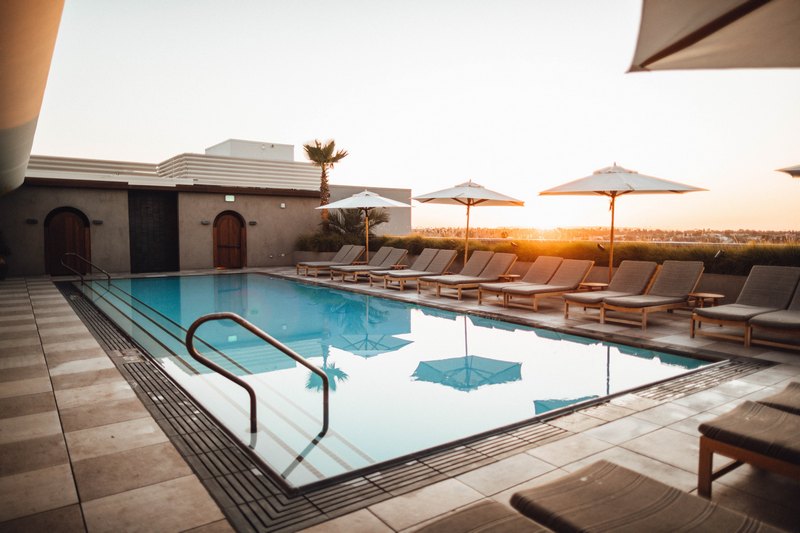 The Ruling of Woman Swimming in A Pool

Sometimes, like their male counterpart, woman needs to relieve herself from the boredom caused by their daily activities. These days, there are many options of relaxing activities that she can pick from, such as shopping, hiking, swimming, and so on.

Based on this notion, some readers might question, is it permissible for woman to swim in public swimming pool? Wasn’t the Messenger of Allaah -peace and prayer of Allaah be upon him- prohibit women to bathe in the hammaam (public bath at the time of Allaah’s messenger)?

It is true that the Messenger of Allaah -peace and prayer of Allaah be upon him- had prohibited women to bathe in the public bath. He said,

“Whosoever believes in Allaah and the Hereafter shouldn’t let his wife enter the public bath.”

“Any woman who removes her clothes in a house other than her husband’s, has broken the tie between her and her Lord.”

What about Swimming Pool?

Basically, a woman is allowed to swim alone in the swimming pool if it is unseen by anyone. However, if she wishes to swim in the public pool, she has to take heed of several points below to prevent herself from falling into wrongdoing:

1. Woman who wishes to swim should cover her entire body parts except for the exception, and wear loose swimming suit.

2. Other women who attend the public pool should also cover their body parts and wear loose swimming suit so that they can’t see others’ private body parts.

3. There is no free mixing between men and women in that place.

4. The place is safe from any man’s witnessing. Men can’t see through it and can’t peek inside it.

It is important to notice that even if the other four requirements are met, if the husband or guardian doesn’t allow her, then a woman should’t force herself to swim, since obeying her husband or guardian is compulsory in regards to permissible (not compulsory nor voluntary) matters. If all five requirements are met, then it is alright for a woman to swim in the public pool. If not, then she is not allowed to do so.

As for today, it is very rare to find a public pool that meets all the aforementioned criteria. Hence, to be cautious, it is better for a woman to avoid swimming in the pool, except in private pool. It is better and more chaste for her. As for the second hadith that we’ve mentioned earlier, its context is applied in pools that do not fit the requirements above. If the requirements are met, then it is no different from the ruling of women gathering in certain other place. Allaah knows best.

Moreover, I advise to those who are willing to build a swimming pool in order to rent it to others, to pay attention to several points below:

These are several things pertaining to the ruling of woman swimming in the public pool. May it brings benefits to all its readers.