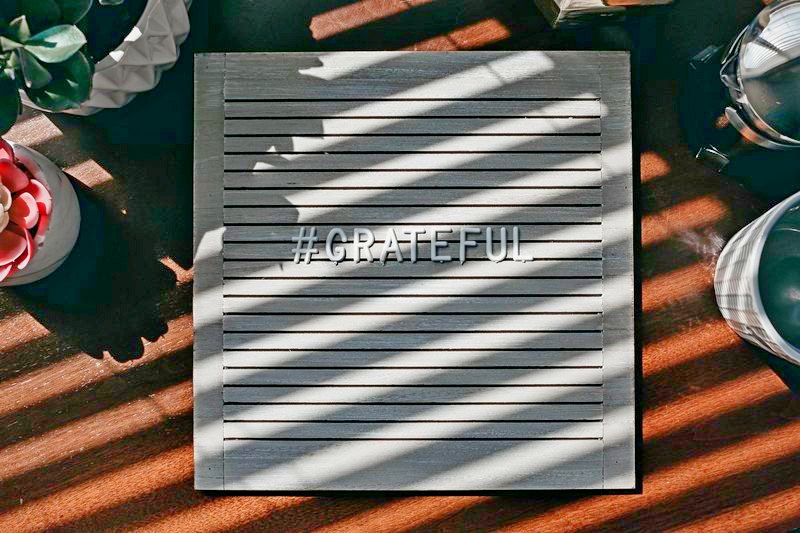 How to Be Grateful of the Provision from Allah (Friday Sermon)

Dear audience – may Allah have mercy on you-,

Allah the Glorified and Exalted ordered us to be pious and fear Him. Know, O audience, piety or God-fearing is a very light word to utter, yet very hard to carry out. Just for today, try to remember how many sins that we’ve committed, how many sins that our heart have committed? For example, have our hearts been saved from jealousy with others whom Allah have bestowed upon seemingly more favors, i.e., wealth in abundance and plenty of sustenances/provisions?

Know that Allah’s provision comes down as the rain, it isn’t evenly distributed. Sometimes it pours down on the mountain, and not on the desert. Rain may bring many favors, yet it also may bring damnation.

Remember when Allah drown the people of Prophet Noah -peace be upon him- who were defying him! How did Allah destroy them? By sending them rain and heavy flood.

That’s the wealth! that’s the world! Allah distributes it unevenly to everyone. Some may be rich, some may be poor, and some others may be living sufficiently. Sometimes it benefits people, and sometimes it brings doom upon them.

Dear audience, peace be upon me and you all,

If we all have known that Allah has set the distribution of provisions, then what should we do? What do we whine about the little amount of provision for? What do we envy others for? Why should we feel inferior? Is any wealth could guarantee us to enter the Paradise? Is the world could secure Allah’s please for us?

Know, O audience, whom has been given wealth and sufficiency! What do you feel proud of your riches for? Indeed, the Messenger of Allah -peace and prayer of Allah be upon him- said,

The hadith that I’ve just read is a warning for all wealthy and well-to-do ones. There are not many of them inside the Paradise. Therefore, we should be very cautious with our wealth, as to where does it come from and what do we spend it for?

Indeed, the Messenger of Allah -peace and prayer of Allah be upon him- once said,

“The faithful from among the poor will enter the Paradise before the rich, for about a half-day (in the Hereafter), (which equals) five hundred years (in the world).” (Narrated by An Nisa’i and Ibn Maja, the status is good).

I also remember that when the Messenger of Allah -peace and prayer of Allah be upon him- recited the verse,

The craving for ever-greater worldly gains and to excel others in that regard keeps you occupied (i.e., wealth, woman, and child)

He -peace and prayer of Allah be upon him- said,

“Later, a son of Adam will say, “My wealth! My wealth!” (Allah) says, ‘O son of Adam! You’ll not gain anything from your wealth except for the food you eat and then shed away, whatever you wear then you’ve worn it down, or whatever you’ve spent in charity, then you’ve forgotten.”

When its owner dies, will he bring the plenty amount of wealth with him? No! It will be inherited by his heir. So, what do we truly seek in this world?

Is it fame? Is it praises? Is it high position among men?

Subhanallah! What a low goals, those are.

Spend your wealth in charity! Give alms in Allah’s Cause! Open the doors of goodness to others. Indeed, charity will not reduce the wealth, as the Prophet -peace and prayer of Allah be upon him- had said.

May we become people who could seek lawful and decent provision, as well as use it in the ways that Allah the Glorified and Exalted pleases with.

May Allah bless me and you all.

The Messenger of Allah -peace and prayer of Allah be upon him- once said,

“By Allah! It is not the poverty that I’m afraid for you. But the thing that I fear the most to befall you is the world, as it had befell upon people before you, thus you’ll compete in earnest to pursue it as they’ve competed to pursue it, and the world will destroy you as it had destroyed them.” (Narrated by Al Bukhari and Muslim)

The hadith that I’ve just read clearly explains that the Prophet – peace and prayer of Allah be upon him- didn’t too worry of his followers being poor. Rather, he was afraid if they compete to pursue the worldly pleasure, hence neglecting the afterlife. Are we, O sirs and brothers, among the ignorant, or not?

Wealth! What kind of wealth that we’re supposed to possess?

Look at the hadith below:

” What is meant by riches is not measured with the amount of possession, instead, the true riches is the riches of the soul/heart.”

This hadith clearly explains that the true riches is the riches of the heart of a believer, i.e., the feeling of suffice, please, and grateful for everything that Allah has given to him. This is what we named as contentment. The Messenger of Allah -peace and prayer of Allah be upon him- was blessed with a very high amount of contentment.

If we wish for the world, it will never end. If someone has a mountain made of gold, he’ll surely want to have two mountains of gold, or more.m

When will the people who pursue the world be satisfied? They will be, at the time their mouths are filled with earth soil, which means at the time of their death.

The world is not our life goal. Therefore, we shall focus ourselves to worship Allah esrnestly and devotedly, and spend the rest of our life fearing Allah the Glorified and Exalted.

Dear audiences, may Allah have mercy on me and you all,

These are some advices that I could deliver in this Friday sermon, may they benefit us all. At the end of this sermon, let us recite the salawat over the Messenger of Allah -peace and prayer of Allah be upon him- , since Allah has ordered us so inside of the Qur’an: