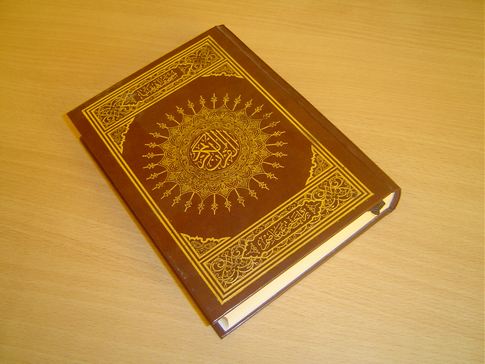 Is there any prayer after Completing The Recitation of Qur’an?

Bismillaah… (In the name of Allah)

There is no valid daleel (argumentation) which came from saying(hadith) of The Prophet shallallaahu’alayh wa Sallam (may blessings and peace from Allah be upon him) that mentioned about such prayer. As such, there is no single narration from the Companions or prominent scholars after them who taught such  prayer/supplication. The most popular opinion about this prayer, which is written at the end of mushaf, is that it was considered as the saying of Sheikh al Islam Ibn Taimiyah. But this opinion stands on no basis at at all (Read: Majmu’ Fatawa Sheikh Ibn Othaymeen, 14:226)

Concerning reciting specific form of prayer after completing  The Qur’an, there are possibilities that it is done during worshipping or out of it. Reciting prayer after completing The Qur’an during Worshipping (salat) has no basis at all in shari’a. While outside of it, it is narrated from Anas Ibn Malik that he used to read supplication-after finishing the whole Qur’an recitation, outside prayer, but the supplication was not as what is commonly known today.

Sheikh Muhammad Ibn Saleh Al Othaymeen once being asked about the ruling for someone who recite such supplication at the night prayer during Ramadan. He replied, “I do not know if there is any hadith narrated from The Prophet Shallallaahu ‘alayhe wa Sallam which suggests to recite supplication after completing the Qur’an at the night prayer in Ramadan, nor from the Companions. The narration upon this matter only came from Anas Ibn Malik -may Allah be pleased with him, which mentioned that if Anas  had finished Qur’an recitation, he gathered his family and supplicated: and this was done outside of prayer.” (Fatwa Arkan Al-Islam, pg. 354)

Sheikh Bakr Abu Zayd had an excellent explanation about the supplication of finishing Qur’an recitation. His conclusion was, “From all informations explained in the previous 2 chapters, we can infer 2 conclusions:

First: The prayer recited when someone has finished reciting the whole Qur’an is in general term, without any specific form. There are several important notes regarding this point:

All narrations mention about the prayer read after completing Qur’an recitation,  are not valid (sahih), either because they are false, or too weak. Furthermore, we believe that there is no valid saying of the Prophet Muhammad Shallallaahu’alayh wa Sallam about such prayer, since the scholars who wrote about Qur’anic science and it’s dzikir (prayers or chants taken from it), such as Imam An Nawawi, Ibn Katsir, Al Qurtubi, and A Suyuti, did not mention any of it in their works. If only they had the valid saying containing it, they must have been quoted it.

There is a valid narration from Anas Ibn Malik -may Allah be pleased with him- , which mentions that he supplicated after finishing his recitation of The Qur’an. He gathered his wife and children, and then prayed. His practice was followed by some of the Tabi’i, for example Mujahid Ibn Jabr, as mentioned in one narration.

Recommendation to recite prayer after completing the Qur’an was one of the opinion narrated from Imam Ahmad, as explained by several scholars of madzhab Hanbali. This opinion was also acknowledged by several contemporary scholars from the other three madzhab.

Second: Prayer after completing The Qur’an recited inside of salat

This part will not be discussed further since it is known that there is no explanation or narration about this at all.

Such are the summary taken from the site www.islamqa.com, supervised by Sheikh Muhammad Munajjid.

Answered by Ustadz Ammi Nur Baits (Advisory Board of KonsultasiSyariah.com)