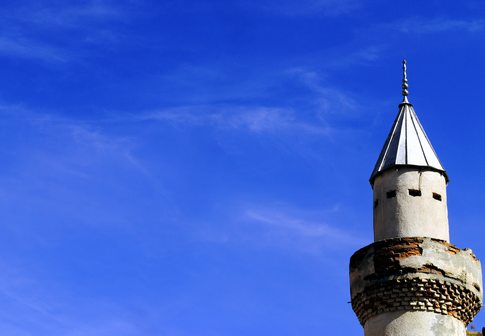 Discussion on the beauty and excellence of Islam is, enormously vast, and it is difficult to summarize it within the time being left. Before we go further, the thing we must understand is the decreed of Allah:

“Indeed, the religion in the sight of Allah is Islam.” (Ali Imran/Family of Imran:19)

“And whoever desires other than Islam as religion, never will it be accepted from him.” (Ali Imran/Family of Imran: 85)

Allah decreed in The Qur’an:

“He has ordained for you of religion what He enjoined upon Noah and that which We have revealed to you [O Muhammad] and what We enjoined upon Abraham and Moses and Jesus to establish the religion and not be divided therein. Difficult for those who associate others with Allah is that to which you invite them. Allah chooses for Himself whom He wills and guides to Himself whoever turns back [to him]” (Ash Shuura/The Consultation: 13)

Islam is the religion that Allah had chosen for his creations. The perfect religion brought by His messenger. And Allah will never accept any religion but Islam. Thus, this is the final religion for all of His creatures, which He loves and He blesses.

“Allah chooses for Himself whom He wills and guides to Himself whoever turns back [to him]” (Ash Shuura/The Consultation: 13)

Some of the scholars said, “Previously, I thought that whoever repents, his repentance will be accepted by Allah. And whoever pleased with Allah, Allah will be pleased with him either. And whoever loves Allah, He will love him too. Only after I read His book (The Qur’an), I knew that His love advances His creature’s love to Him, based on the verse:

“A people He will love and who will love him.” (Al Maida/The Table Spread: 54)

His pleased upon His creature advances their pleased with Him, based on the verse:

And I knew that Allah’s acceptance of repentance, advances the repentance of his creatures, based on the verse:

“Then He turned to them so they could repent.” (At Tawbah/The Repentance: 100)

Thus, if Allah loves a person, He will make him ease to embrace Islam. In Sahihain (Sahih Bukhari and Sahih Muslim), from the authority of Abu Huraira, he said that The Messenger of Allah declared, ” By He whom my soul is in His hand. None of the Jews or  Christian who heard about me, and refused to believe in me, but the Heaven will be prohibited for him (to enter).” (Narrated by Muslim)

Hence, the only religion accepted by Allah is Islam. Muslims should use it well as their mean to achieve success. Unity should be based on tawheed and the testimony (syahadat). Islam is the religion of Allah. It’s power is within it’s teaching itself. Allah has guaranteed his guard over it.

“Indeed, it is We who sent down the message [i.e. The Qur’an] and indeed We will be it’s guardian.” (Al Hijr/The Rocky Tract:9)

While the other religion, their guarantee was left to the hands of their religious figures.

“By that with which they were entrusted of the Scripture of Allah.” (Al Maida/The Table Spread: 44)

If they did not guard the Scriptures entrusted on them, it would be changed. It resembled a dead thing, should be carried out, unable to spread, unless by support from abundance of money. While Islam will forever be guarded. Thus, the future is within Islam, and Islam will surely spread to the whole world. Allah has explained this in The Qur’an, and His messenger in his guidance. This article is simply too short to expose all arguments upon this matter. But I (the author) would like to quote a verse:

“Whoever should think that Allah will not support him [i.e. Prophet Muhammad, peace and blessings be upon him] in this world and the Hereafter- let him extend a rope to the ceiling and cut off [his breath], and let him see: will his effort remove that which is enrages [him].” (Al Hajj/The Pilgrimage: 15)

In Musnad Imam Ahmad, from Abdullah Ibn Amr, “We asked The Prophet, ‘Which city will be first to conquer? Constantinople (in Turkey) or Rumiyya (Rome)?'” He -Shallallaahu’alayh wa Sallam (may peace and blessings be upon him) replied, ‘It constantinople that will be the first to conquer, followed by Rome.’ That is the city of Rome, Italy. Islam will indeed spread to the whole world. Islam is like a large tree, alive and strong, which roots spread through ages, from the time of Adam through Prophet Muhammad Shallallaahu’alayh wa Sallam.”

Islam is a religion that suits the pure character of mankind. If you were asked, how do you find out about your Rabb (your Creator), you should not answer it by saying, “with my intelligence.”, but answer it by saying, “with my pure character.” Thus, when an atheist came to Abu Hanifah (the founder of madzhab Hanafee in jurisprudence) and asked him to give the valid argumentations that Allah’s existence is true, Abu Hanifah replied using the argumentation of pure characteristic of a man. He said, “have you ever go aboard on a ship, and the waves tilted your ship back and forth?” The atheist answered, “Yes, I have” (Abu Hanifah asked him back), “Did you felt like you’re going to drown?” His answer was, “Yes”. “Did you believe that there is a power that will save you?”. He answered, “Yes”. “That is the pure characteristic, which has been created within yourself. The power inside you is the power of pure characteristic of Allah. Man recognizes Allah with his pure character, and this character is build up within every creature. The basis of this statement is the saying recorded Imam Bukhari and Imam Muslim, in which The Prophet Shallallaahu’alayh wa Sallam said, “Each baby was born on his pure character. It is his parent who mould him into a Jew, Christian, or Majusi.”

Human mind is capable to recognize that Allah truly exits. But solely, it will not be able to know, which things are favored by Allah. Is it possible for a man’s mind to know that Allah loves the five obligational prayers, pilgrimage, and fasting at certain month? This is why, the pure character must be treated with ‘nutritions’ from divine wills revealed to His prophets.

Once again, the greatest blessing and grace bestowed upon a slave of Allah is that Allah Himself is the One who promised to establish His shari’ah. He is the One who explained things He likes and pleases. If there is a person who think that there are good sides from deviating His path and following his lust, he is obviously going astray. Because the true decency in worldly life and in Hereafter achieved only by obeying all matters Coming from The Qur’an and guidance of His messenger.

Shari’ah came to safeguard the 5 elemental thing vital for human being, and Allah has ordered plenty of commands to emphasize this aim. Islam came to guard religious life. For that reason, Allah has prohibited shirk, either in the form of tawaf (circling) around tombs, istighatsa (the pledge to be freed from calamity) toward the buried body, or any forms that could lead to shirk, as He also prohibited anyone to worship other than Him, whatever forms they have, physically, or internally. And this prohibition urges us to understand the meaning of the testimony of faith that we’ve declared.

The meaning of “Laa ilaaha Illa Allah” (There is none to be worshipped but Allah) is: there are no thing worshipped rightful of worship but Allah alone. All worships and prayers belong to Him. This is a part of the beauty of our religion. Allah has forbidden man’s intelligence, heart, and natural tendency to worship and perform total devotion toward any other beside Him. While the meaning of “Wa Asyhadu anna Muhammadar Rasulullah”, is that no one is rightful to be followed (in religion matters and all related matters) but Muhammad, the messenger of Allah. We should never follow our ratio, tradition, or sect’s opinion, if it clashes the law of Qur’an and guidance of Allah’s messenger.

Calling people to Islam as the way the noble predecessor (Salaf) did, indeed is a part of our holy religion, which came from Allah, descended inside the heart of His messenger. Thus, when we call people to Islam, we do not call them to follow a sect or an individual.  But we call them to get back to the true guidance, The holy Qur’an, and sunnah. However, indeed there is vagueness in understanding the right path and innovations emerged. Thus, we have to master the knowledges of shari’a. We shall perform deeds by using the saying of Imam Malik (above), and as what been said by Imam As Shafi’i, “Every man’s words could be accepted or rejected, but the dweller of this grave, that is The Messenger of Allah.”

Shari’ah also has entailed all righteous deeds, from the testimony (shahadah) to get rid of disturbing things from the road. Because of that, please answer, if to get rid of something which stand in people’s way is a part of faith in Islam, then, is it possible that this religion orders it’s followers to disturb other people, kill them, or to explode them and their properties? In fact, this deviation is a from of foreign ideology’s intervention towards our religion. May Allah bless our life time, and grant us straight understanding of His holy Book and Sunnah (guidance) of His messenger. Finally, we say: All praises be to Allah, the Lord of the Universe.

[Taken from the website almanhaj.or.id, which was re-written from Magazine “As-Sunnah” (Indonesia) 11th edition/ Year VIII/1425 Hijrah/2005, in the article of Special Report from the speech of Sheikh Masyhur Ibn Hasan Alu Salman, 5th of December 2004, in the Mosque/Masjid Istiqlal, Jakarta.)