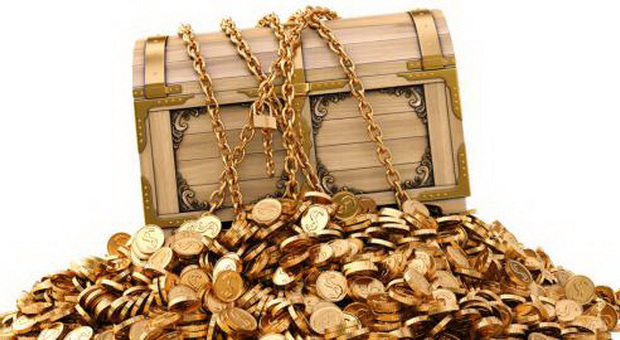 General Wisdoms in the story of Qarun

Allah the Glorified and Exalted decreed, which can be translated as,

“To be sure, Qarun (Korah) was one of Moses’ people”

Qarun was one of the people of Moses –peace be upon him-. It means that he came from the society of whom Prophet Moses was sent to.

Qarun was not a family of Moses, because family of Moses only consisted of faithful men and women, courtesy of the enjoin and treatise he brought. Because the title family doesn’t embedded to unfaithful kins.
It is likely that Qarun was, at the beginning, believing in the enjoin of Prophet Moses. But when Allah the Glorified and Exalted opened for him path to obtain wealth and His treasure, he forgot the enjoin that he was called into because he was busy taking care of his wealth, and then he acted Despotically towards the truth and good.

“and Allah had opened the doors to great wealth for Qarun, of gold, silver, and various kind of mining materials.”

– Allah had bestowed him knowledge about how to collect wealth.
– Allah had bestowed him the skill of managing and increasing wealth, and the skill to keep and protect it.
– Qarun had employed a group of helpers and guards to protect his wealth and keys of his treasures.
– Qarun’s transgression had gone above the limit. He had transgressed himself, his people,and being arrogant towards them.
– Qarun possessed keys that enabled him to obtain the great riches in economy hence he became a grand leader, as with The Pharaoh in politic. They both monopolized the market and trades. Monopolized the mind and opinion of naïve public, who, willingly accepted their condition.

Allah’s decree,
“Once when his people said to him: “Do not exult, for Allah does not love those who exult (in their riches).”

– Indicating the existence of preachers who had reminded Qarun about Allah, they all participated in helping Prophet Moses and his brother Aaron.
– Their saying, “Do not exult.” It means that do not exult that will lead to infidelity and negligence of Allah’s rights.
Exultation that will lead to oppression and transgression over slaves, and one that will lead to torture and repression over the poor and weak.
The meaning of “people” in this verse is people who had been faithful through the enjoin of Prophet Moses –peace be upon him- . They fervently wished for Qarun to receive the guidance. They knew what will befall him if he doesn’t believe in Moses. They were a group of faithful men who spoke openly in order to change the condition and to mend the spreading damages.
Among these people were some who hadn’t believed in Moses yet. Qarun’s oppression had left them weakened in their living; poor, starving, and sick. It was the impact of Qarun monopolizing their economy. Thus, when they witnessed what the faithful men told him, they grew some spine and became brave enough to join the faithful.

The decree of Allah the Glorified and Exalted,

“Seek by means of the wealth that Allah has granted you the Abode of the Hereafter, but forget not your share in this world and do good as Allah has been good to you and do not strive to create mischief in the land, for Allah loves not those who create mischief.”

Prophet Moses –peace be upon him- and his brother managed to bring up first class preachers who continued their enjoin. They performed their obligation in enjoin with a decent and brief method. The best proof of it was their dialogue with Qarun.

“He replied: “All this has been given to me on account of a certain knowledge that I have.”

-Qarun was arrogant because of what he had achieved. He claimed that it all thanks to his knowledge. Is it true that he never learn that knowledge from anyone?. He didn’t admit it. He said that, “These wealth and treasures are the result of my devotion and my intelligence. No one else had a hand in it.”
– His love for wealth had dragged him into throwing aside his common sense and rightful act.
– Qarun was throwing himself in with people who are being ungrateful of Allah’s favors, renege it, and disobey.
– His love of himself, arrogance, and displaying of greatness to the viewer.
– His saying that his knowledge doesn’t come from anyone is a proof of his arrogance and lack of appreciation towards other.
– His love of popularity and power had prevented him from admitting the existence of The One, Who has no partner.
– Since he believed that the wealth he possessed were the result of his knowledge, then no one else has any right upon it. He believed that, “It is I alone who is the most rightful to use it as I please.” As in his saying, “Because of the knowledge I possess. Thus, I deserve to use men as my slave and everything that they have are due to my greatness.”

Allah the Glorified and Exalted’s decree,

“Did he not know that Allah had destroyed before him those who were stronger in might than he and were more numerous in multitude? The wicked are not asked about their acts of sin.

Qarun claimed that he is a man with profound knowledge, yet he forgot about history, about the ruin of oppression and the evil one, about what happened to people before him and about punishment that befell them as the result of their infidelity and perfidiousness.

Before him, there were already people who were stronger and possessed more followers, wealth, and knowledge. But punishment and doom befell them due to their infidelity.

Knowledge and wealth can not prevent punishment and dooms. But sometimes punishment were given because of the usage of wealth and knowledge by the infidels.

Qarun’s love of wealth had caused him to throw aside his common sense and prevented him from drawing lesson from the ruins of people before him because of their infidelity and evil doing.

“Once Korah (Qarun) went forth among his people in full glitter.”

Qarun did it to mask his weaknesses in front of the preachers. He wanted to show off his wealth to public. Therefore, he went forth with his full glitter, with gold and ornaments to bewitch the spectators, i.e., people whose heart and mind had been glued to worldly wealth.

It indicated the power of economy in his hand. In his assumption, he could conquer the spectators heart and swayed them, weakening the spirit of the preachers.

Qarun wished to convert the hearts of people who supported Moses to be lenient to those who against him.

“Those seeking the life of this world said: “Would that we had the like of what Korah has! He truly has a great fortune.”

One Largest part of society that will always exist in every time and place, that is, people who wish to have what the rich have, of wealth and treasures.

This part of society is easily known through their weak, easily swayed faith. And lack of toughness in the face of problems.

Besides, they are also plagued by the attitude of burdening themselves with something that are out of their reach. That is, being stubborn in pursuing wealth, as with Qarun.

They felt inferior because of their poverty, or because their weaknesses in front of qarun.

Allah the Glorified and Exalted declared,

“But those endowed with true knowledge said: “Woe to you. The reward of Allah is best for those who believe and act righteously. But none except those who are patient shall attain to this.”

Another part of the society are people who are aware of the truth and its essence. They know about the real meaning of the world and the Hereafter. They are people who know that an ill heart is the one that is still trapped inside the love for the worldly pleasures.

Another part of the society are people who know that the land of Hereafter are better and more eternal than all pleasures of the world; not just better than all of Qarun’s wealth.

The preachers from the people of Prophet Moses – after advising Qarun – had performed their obligation of enjoin. They’ve given advice to those whose minds and hearts had been captured by Qarun’s outlook and grandiose. They’ve advised them about the urgency of faith and righteous deed in order to seize the salvation in this world and in the hereafter.

Another part of the society know that qana’ah is the best cure to heal the effect caused by the grandness of Qarun and his wealth.

May this warning minimize the number of people who fall into the sin as Qarun’s. This points out to us the need of the preacher to based their enjoin upon the explanation of the urgency of righteous deed in this world and in the hereafter, that could tickle the faith inside the hearts of many of the muslims who were too weak to face the brilliance of Qarun’s wealth.

Allah the Glorified and Exalted declared,

At last We caused the earth to swallow him and his house. Thereafter there was no group of people that could come to his aid against Allah; nor was he able to come to his own aid.

The universe will run according to the divine will of Allah until the Last Day.

The falling of Qarun together with his immense wealth was a punishment for his evil deeds, transgression, arrogance, and infidelity toward Moses and his enjoin.

The aide of transgressor, at the time he still at ease were enormous. Because they were people who formed ally in order to pursue profit. But if it is a matter of the Hereafter, no one will acknowledge the other. Don’t you witness how, even if Qarun possessed power and riches, no one dared to lend him a hand to help him from the dooms that befell him, even with a word.

“And those who had envied his position the day before began to say on the morrow: “Alas, we had forgotten that it is Allah Who increases the provision of those of His servants whom He will and grants in sparing measure to those whom He will. But for Allah’s favor upon us, He could have made us to be swallowed too. Alas, we had forgotten that the unbelievers do not prosper.”

Explanation about the urgency of reminding each other of faith. The reminder could reignite the spirit of faith in our brothers’ heart that is about to went off when they are blinded and swayed by the grandeur of Qarun. Then they returned to Allah after they saw for themselves the work and the end of life of Qarun. They believed that it is Allah who gave enormous providences upon whomever He wished. There’s no relation with luck, but purely about how providence could be attained through doing causes that could lead to it. Because Allah is the only One Who Gives and Suspends providence. He gives it to whomever He wishes and suspends it from whomever He wishes as a test for them.