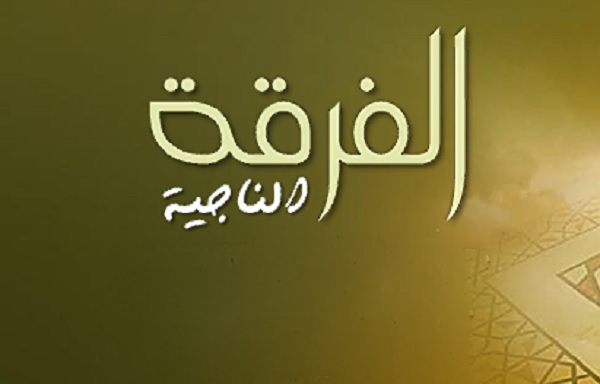 Sheikh Muhammad Ibn Shalih al Uthaymeen was asked: What is the most prominent characteristic of the firqah an najiyah? If there’s a lacking in some of it, will this lacking expel a person from this group?

The most prominent characteristic of the firqatun najiyah is holding firmly to whatever brought by the Prophet – peace and prayer of Allah be upon him- in the matters of creed, worship, manner, and social interaction. Through these four matters, you’ll be able to recognize this group.

In the matter of creed, you’ll find that the firqatun najiyah always hold firm to whatever stated in the Qur’an and sunnah of the Prophet peace and prayer of Allah be upon him-, which is the pure tawheed in the uluhiyya, rububiyya, and the names and attributes of Allah.

In the matter of worship, you’ll find that this firqatun najiyah is so unique in holding firmly to the authentic teaching of the Prophet and realizing it, in terms of the type, characteristic, measure, time and place setting, and its causes. You will never find them committing heresy in this religion, instead, they are very obedient to Allah and His messenger, never step ahead of Allah and His messenger by creating innovation in worshipping which Allah will never approved of.

In the matter of manner, you’ll also find that they are special compared to the others; in terms of the excellence of their manner, such as their fondness of anything good for the muslims, radiant face, sweet talk, brave, and other forms of good manner.

In the matter of social interaction, you’ll find them engage with people with honesty and straightforwardness. They are whom the Prophet -peace and prayer of Allah be upon him- indicated in his saying:

“Two transacting people (the seller and the buyer) have the right to choose the goods as long as they haven’t separated, in which, if both of them were honest and telling the truth then their transaction will be blessed.” [1]

Whereas any lacking in the matter of mannerism and social interaction doesn’t expel a person from that group, but it will lessen their grace. We need further detail in the matter of manner. The most important thing in mannerism is the union of all groups and their agreement to walk upon the truth. This is as Allah the Glorified and Exalted revealed to us in His decree,

“He has prescribed for you the religion which He enjoined upon Noah and which We revealed to you (O Muhammad), and which We enjoined upon Abraham and Moses and Jesus, commanding: “Establish this religion and do not split up regarding it.” What you are calling to is very hard upon those who associate others with Allah in His Divinity. Allah chooses for Himself whomsoever He pleases and guides to Himself whoever penitently turns to Him.” [Asy-Syura/The Consultation : 13]

And He also revealed that Muhammad -peace and prayer of Allah be upon him- was free from any relation or responsibility over people who make parties in their religion thus they become separated. Allah the Glorified and Exalted declared:

“Surely you have nothing to do with those who have made divisions in their religion and have split into factions. Their matter is with Allah and He will indeed tell them (in time) what they have been doing.” [Al-An’am/The Cattle : 159]

Unity of beliefs and hearts that love each other are the most prominent characteristics of the saved group, the firqah najiyah, ahl sunnah wal jama’ah. If a feud happened between them on the matter that allows individual interpretation, it will not cause them to hate each other; rather, they believe that they are still brothers to each other, even though they have different opinion.

For example, one of them prayed in congregation behind an imam who was considered haven’t performed ablution, but he himself believed that he had performed ablution. As if one of them prayed behind an imam who had eaten a camel’s meat. The imam believed that eating camel’s meat doesn’t invalidate ablution, whereas he as the follower (ma’mum) believed that it invalidates ablution, thus he thought that his prayer behind the imam was invalid. All these happened because they viewed that a feud in the problems where people are allowed to have their individual interpretation (ijtihad) basically is not a feud, since every one of them is following what must be followed, that is the indication, of which they must not deviate from.

They believed that their brother who disagreed with them in some deeds, in which both of them already following the indication, essentially have agreed with them, since they always call people to follow the indication wherever they are. If the disagreement that took place between them happened because each of them follow the indication that they believed, then essentially, they have agreed each other, since they have practiced what they enjoined, and what they directed people to, that is to make the Holy Qur’an and the sunnah of the Prophet -peace and prayer of Allah be upon him- as the only law to obey.

“Don’t perform the Ashr prayer until you arrived at the Quraidhah tribe (their area, -ed)” [2]

Then the companions marched out of Medina to the Quraidhah tribe and prayed the Ashr prayer near its time limit, some of them even prayed it when they arrived at the place of Quraidhah tribe even though the time has run out, due to their interpretation of the Prophet’s saying,

“”Don’t perform the Ashr prayer until you arrived at the Quraidhah tribe.”

The others who prayed in time said, “Verily, the Messenger of Allah – peace and prayer of Allah be upon him- wished us to be haste to go to the battle, not to prayed out of its time.” And their interpretation was the correct one.

Even so, the Prophet -peace and prayer of Allah be upon him- didn’t humiliate one of these groups, and they didn’t spark any enmity between them, nor any hatred due to their disagreement in comprehending the indication.

Therefore, I think what is compulsory for the muslims who hold firm to the sunnah is to be one group, one nation, and avoid being clustered in parties, one group only wants to join their their own fellow, this party only mix with certain party, and the third party only mix with certain party too, and so on and so forth until they quarrel, argue, hate each other, and being mutually hostile due to differences in which individual interpretation (ijtihad) are allowed. Each group shouldn’t being exclusive with its own kind, and a perceptive man will easily understand this matter.

I think that ahl sunnah wal jama’ah must unite, even though there are some problems that occurred due to the difference in comprehending the meaning of a verse, since this is among some matters in which – all praises be to Allah – there is a leniency. The most important thing is that the love and unity among them. No doubt that the enemies of Islam will be glad seeing the muslims shattered into small groups, either the enemies who explicitly show their enmity, or the ones who display their loyalty to the muslims or Islam, while actually hate them.

What compulsory for us is to agree upon one sentence, and that is the excellence of firqah najiyah.
[Re-written from the book “Majmu Fatawa Arkanil Islam”, Indonesian title: “Majmu Fatawa Solusi Problematika Umat Islam Seputar Akidah dan Ibadah” (Collection of fatwa on Solution Over the Problems of Creed and Worship in Islam). By Sheikh Muhammad Ibn Shalih Al Uthaymeen, published by Pustaka Arafah]