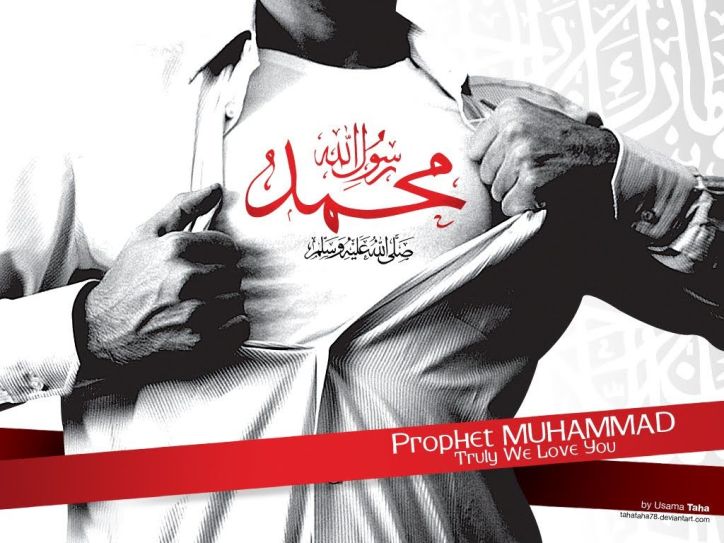 Position of The Prophet’s companions among muslims

After the Prophet, there is no other position that is higher and nobler beside the position of the companions, whom Allah is pleased of to court His noblest prophet and the last of the prophets He sent. And to defend His religion. They were the best among companions of His prophet and messenger.

Allah the Exalted had declared, in chapter AtTaubah/The Repentance: 100, which can be translated as,

“And of those who led the way – the first of the Emigrants (Muhajirun) and the Helpers (Ansar), and those who followed them in the best possible manner – Allah is well-pleased with them and they are well-pleased with Allah. He has prepared for them Gardens beneath which rivers flow; therein they will abide forever. That is the supreme triumph.”

The meaning of those who led the way (in embracing Islam), is none other than the companions -may Allah be pleased with them-.

Virtues of the Companions

How were the Prophet’s companions able to achieve the label of the best generation of this ummah? What did they do? Here are some of their virtues that made them the best of ummah.

They embraced Islam prior to others

Allah had praised them over this virtue, as in chapter At Taubah/The Repentance: 100 above.

2. They Accompanied the Messenger of Allah

It is no doubt that this is one of their virtues, since the Prophet’s enjoin was a difficult task to bear, it must be supported with the chosen people – not just common people- who were able to accompany the Prophet in carrying out that difficult task.

3. They were patient during Hard times

In accompanying their prophet, they endured hard and difficult times. Among them were men who were tortured because of their persistence in clinging to their faith; together with the Prophet,

They were boycotted by the disbelievers for 3 years, until one of them was forced to eat his leather footwear to live during the boycott.

4. They emigrated and gave protection to the Prophet

The emigrants were willing to leave their houses, possessions, and wealth to emigrate in Allah’s Cause. But Allah immediately replaced it for them with victory later on, and the Helpers were also willing to protect the Prophet – although the rest of the world went against them.

5.They defended the Prophet and participated in Jihad

We’ve witnessed their defense to protect the Prophet and their magnificent jihad stories. Can you imagine, they were willing to go jihad with only 3,000 soldiers, against 200,000 soldiers of the Roman on the battle of Mut’a that spanned to several days?

6. They were the main heir of the Prophet in knowledge and deed

They were the direct heir of knowledge from the Prophet, also the best in realizing his teaching.

7. They conveyed and spread the religion

With difficult strive, they were spreading to all parts of the world to convey and spread this religion.

Ahl sunnah’s beliefs regarding the companions

First: Believe in their virtues and strength that has been confirmed by various indications, and prevent our hearts from hating them.

Second: believe that all of the companions were fair men.

Ibn Hajar said, The meaning of fair is a person who has righteousness and maintained his pride.

Ibn Katsir said, “All companions were fair men( person who has righteousness and maintains his pride) according to the belief of ahl sunnah wal jama’ah, since Allah the Glorified and Exalted had praised them inside the Qur’an and hadith from the Prophet – peace and prayer of Allah be upon him- also praised their attitude and manner. They had sacrificed their wealth and life before the Messenger of Allah -peace and prayer of Allah be upon him- and they wished for good rewards (from Allah).”

Third:Love them, and praise them, due to their great merits, and they had inherited this religion from the Prophet and conveyed it to us; next, spread the love to them among ummah.

Fourth: Learn from them and follow their examples in knowledge, deed, enjoin, social engagements, and their calling to do good and forbidding evil.

Fifth: Pray for graces and forgiveness to be given to them, as a realization of Allah’s verse, which can be translated as,” (And it also belongs to) those who came after them, and who pray: “Lord, forgive us and our brethren who have preceded us in faith, and do not put in our hearts any rancour towards those who believe. Lord, You are the Most Tender, the Most Compassionate.” (Chapter Al Hasyr:10)

Sixth: Self-restrained from badmouthing them and do not speak of feud that took place among them.

Seventh: Beware of tell-tales / gossip about bad attitude that they are accused of.

Eighth: Believe that it is forbidden to insult them, or one of them, as the Prophet -peace and prayer of Allah be upon him- said,

“Do not insult my companions, by He Who has my soul in His hand, if one of you donate gold as huge as mount Uhud, its value will not reach (the value of) a handful (of donation) of one of them, not even a half of it.” (Narrated by Bukhari and Muslim).

And the Messenger of Allah -peace and prayer of Allah be upon him- also had said, “Whoever insults my companions, he deserved to receive Allah’s curse, and the curses of the angel and all human being.” (Narrated by Thabrani).

After recognizing the virtues of the companions, and what is the correct beliefs regarding them, we could draw an important lesson, which is vital to our success in this life and beyond.

The lessons are: Our obligation is to follow the companions’ example in religion

It is taken from Allah’s praise to them, as in His verse in chapter At Taubah/The Repentance:100 (which can be translated as): “And of those who led the way – the first of the Emigrants (Muhajirun) and the Helpers (Ansar), and those who followed them in the best possible manner – Allah is well-pleased with them and they are well-pleased with Allah. He has prepared for them Gardens beneath which rivers flow; therein they will abide forever. That is the supreme triumph.”

Allah praised an ummah and was pleased with them, if they are in the correct path, in a correct beliefs, perform correct deed. In this verse, Allah praised the companions and people who follow their examples in religion. From this point, there’s an important lesson , that is whoever wishes to obtain Allah’s please, he must follow the examples of the companions in religion.

And His decree, which can be translated as,

“As for him who sets himself against the Messenger and follows a path other than that of the believers even after true guidance had become clear to him, We will let him go to the way he has turned to, and We will cast him into Hell – an evil destination.” (Chapter An Nisa/The Women’: 115)

This noble verse is a strict and evident indication about our obligation to follow the path of “the believers”, which means the companions. Their path means the way they realized the religious teaching and their understanding based on indications from the Qur’an and sunnah of the Prophet – one of which is the verse mentioned above.

Why does the path of the believers in this noble verse is interpreted as the companions, and not just common believers?

The answers are, firstly, at the time this verse was revealed, there were no people who believe in the Prophet except the companions. Thus, the context is primarily directed to them.

Secondly, It is understood that believers after the companions were able to be included in this noble verse if they followed the path of the first generation of believers, namely the companions. If they didn’t follow them, it means that they had taken different path from the believers, as revealed in the verse above.

Fourthly, believers who really understand about Allah’s religion, is the companions alone, and Allah had declared in His noble book that they were people who had been given knowledge. (Chapter Muhammad:16)

Fifthly, the most righteous of believers, the ones who feared Allah the most, generally, are the companions alone.

Sixthly, believers who never had any feud regarding their beliefs and way of life, are the companions, and people who followed them from among the tabeen, students of tabeen, and so on.

Seventhly, the companions were the first to believe in Allah and His messenger. Therefore, Allah commanded all human being to follow them. (Chapter Al Baqarah/The Cow:13)

Hopefully, after reading this article, our hearts could tend to love the companions, we could recognize their virtues and the more important thing, we could follow their example, by which we hope to attain the please of Allah the Exalted and be grouped with the companions later in the Hereafter.

And peace and prayer of Allah be upon Muhammad, his family, and all of his companions.