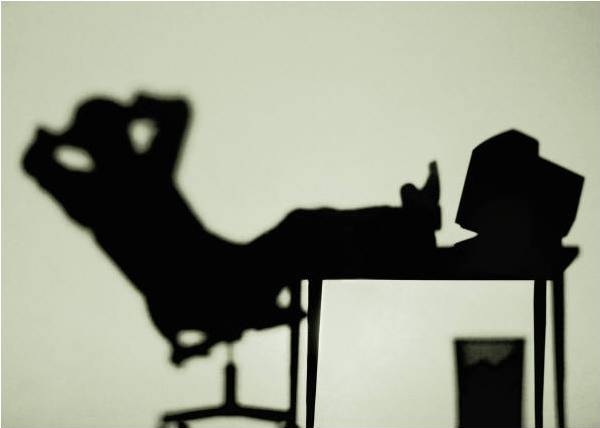 Islam is a religion that teaches people to be eager to work. This is some proofs that Islam teaches human being to always be keen on their lives and not being lazy.

Islam is a perfect religion. In Islam, all of life problems has been arranged and given solution which contains truth for all human being.

And this teaching will never contradict any novel invention and theories invented by men. Islam, since long ago, has stepped forward and never will it be left behind by men’s innovation and advancement, forever.

Therefore, how does Islam view the phenomenon of laziness of men? Islam, since its dawn, has settled some “warning signs” for it, and Islam does pay great attention to it. For example, there is supplication to be freed from poverty, bankruptcy, and debt: “O Allah, I seek Your protection from weakness and laziness…” (Narrated by Abu Daud). In fact, it contains no specific demand, such as job, plenty of sustenances, a lot of income, nor wealth. Instead, we are guided to invoke to Allah to be freed from laziness.

In another supplications, for example, the supplication to get wealth, there is no single utterance as, “O Allah, please give money.” None. Rather, Islam teaches us to concentrate hugely on the matter of causes, by reciting supplication which mainly contains a plea to be freed from laziness. And it is true. It teaches us to have a non-instant minded. It means that Islam teaches us to be patient and follow the rules that are essential to reach success. It also means that, basically, we are not allowed to ask for the result. Instead, we should restrain ourselves, and walk step by step and perfecting the process or causes to achieve success. Isn’t a cause will create an effect? If the cause is good, the effect or result will be good either, and vice versa. If the process is decent, so is the result.

In a broader range, let’s take a look back at the Umm al Kitab, chapter Al Fatihah, which is the conclusion of the Qur’an. In this chapter, Allah taught human being not to ask for happiness in direct, or Paradise, rather, He revealed the verse as, “Ihdinashshiraathal mustaqiim …..” which is a demand to “be given straight path and be avoided from the path of the those who have earned His anger or those who are astray.” Now, is a path a destination? No. A path means a process that one shall pass to reach certain destination. Thus, in this context, a path is not a result. It is a cause to achieve happiness. How marvelous, this religion, isn’t it?!. It isn’t just show us the truth clearly, but also stimulate us to be critical and creatively think about the meanings behind Allah’s verses. Thus, by it, we’ll be freed from instant-mindedness, which always focuses on result, and it provoke us to focus more on the causes. Hence, our energy will be spent not only on target or result, but also on how to complete the process. And this is the essence, that a process is far more important than result.

We could gain and perfect the causes by being enthusiast in doing our best to achieve the best result. Islam is a religion that teaches its followers to have a good working ethic. This is one of the proofs of how Islam teaches human being to always be keen and avoid laziness. In hadith, it is said that, “Allah the Glorified and Exalted denounces weakness, and unfaithfulness, rather, you should be smart and deft, but if you still lose out in something, say, “Allah is sufficient for me, and Allah is The Best Protector.” (Narrated by Abu Dawud, but Al Albani valued it as a weak hadith).

This is one of the proofs that show how Islam is a religion that emphasizes on spirit and enthusiasm in living this life. Prophet Muhammad – peace and prayer of Allah be upon him- as the most perfect role model that Allah created for human being, always gave us example to live this life with enthusiasm and keenness. Never once he was lazy during his lifetime. Although Allah the Glorified and Exalted had tasked him to spread Islam on this earth, he didn’t abandon working. He still work to fulfill the needs of his family, since he had family.

Therefore, as muslim, we should follow our Prophet’s example – peace and prayer of Allah be upon him-, who was very far from laziness. We shall be enthusiast in living our life. The concept of enthusiasm here means that human being is created and still in “enthusiasm” to live the life in this world and in the Hereafter. Allah the Glorified and Exalted also prefers the strong ones to the weak. Laziness is the symbol of weakness; in religion, economy, education, relationship between people, and power. Isn’t all weakness come from one’s laziness to work and try to be strong? Thus, laziness could be seen as an attitude that Allah dislikes, as Prophet Muhammad – peace and prayer of Allah be upon him- once said. From Abu Huraira, he said that Allah’s apostle said, “A strong believer is dearer to Allah than a weak one, and each of them possess goodness. Be keen on things that benefit you, and ask for Allah’s aid, and don’t be lazy, and if you are afflicted by something, say, “Qodarulloh wa maa syaa’a fa’al,’ Allah has destined it and whatever His will, will be.” (Narrated by Muslim).