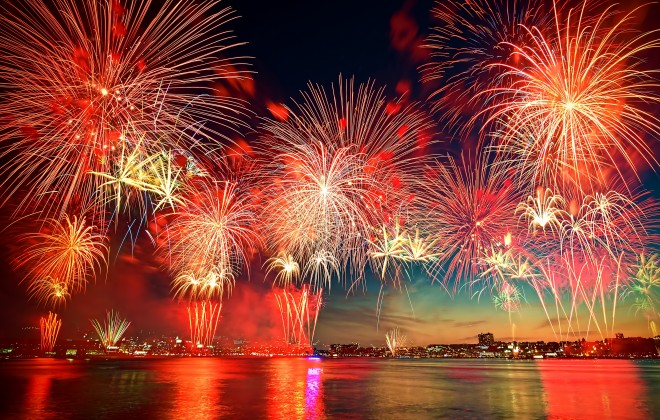 Assalamu’alaykum, Ustadz. May the blessing of Allah be upon you.

I’d like to ask, what is the ruling of celebrating or commemorating the independence day? Because when I told one of my friend that there are only two festive days (in Islam, -ed), he rebutted me, saying, “This is not a religious festive day.” Please explain it to me. May Allah reward you with plenty of goodnesses.

From: Erwin Yulianto (a.k.a Abu Abdillah)

Before we go the answer, we should know first about the definition of eid/Id (festival). ‘Id is a festival or celebration day that is done routinely, either annually, monthly, or weekly. As explained by Sheikh al Islam in his book, “Iqtidha Shiratil Mustaqim”. Thus, from this definition, we could see that the independence day is considered as an ‘Id, because its celebration is repeated annually.

From this hadith, we could clearly see that the Messenger of Allah -peace and prayer of Allah be upon him- had stated that ‘Id was a characteristic of a nation. And the ‘Id that becomes the characteristic of the muslims are the ‘Id al Fithr and ‘Id al Adha, as stated in a hadith:

“‘Id al Fithr is your day of breaking the fast, and ‘Id al Adha is the day people slaughtering. ” (Narrated by Tirmidhi, no. 802, classed as valid hadith by Al Albani in “Shahih At Tirmidhi)

Well, if the only ‘Id that are the characteristic of the muslims are the ‘Id al Fithr and ‘Id al Adha, then the other ‘Id is the characteristic of nation other than the muslims. That is why, the scholars have labelled the celebrations as the celebration of the independence day as mimicking (tasyabbuh) the non muslims. And the ruling for mimicking has been clearly stated in the hadith below:

Beside that, in the first hadith, the Messenger of Allah -peace and prayer of Allah be upon him- stated that ‘Id was a part of a religion. It means that the ‘Id contained some matters of worship. Therefore, the scholars also ruled the celebrations or festivals such as the celebration of the Independence day as innovation. And the ruling for innovation has been clearly stated in hadith:

“Whoever makes an innovation in this religion, his innovation is rejected.” (Narrated by Bukhari, no. 2697)

Some people probably are not willing yet to accept the explanation that it is prohibited to celebrate other than the two ‘Id that has been mentioned earlier, since it is considered as mimicking others and innovation. But supposed that they refuse to consider it as mimicking and innovating, then there is a specific prohibition regarding this matter, that is: the Messenger of Allah -peace and prayer of Allah be upon him- had prohibited his followers to make a new ‘Id beside the two ‘Id that has been justified by shari’a. This prohibition was narrated by Anas Ibn Malik -may Allah be pleased with him-:

In this hadith, we could see that the ‘Id that was celebrated by the people of Medina at that time was not a festival day that was related to religious or worshipping matter, instead it was just a day to have fun. But the Messenger of Allah -peace and prayer of Allah be upon him- still prohibited it. It hinted to us that it is prohibited to make a new ‘Id beside the two ‘Id in shari’a, whether that ‘Id is not related or related to religious or worshipping matters.

In here we include a fatwa from Lajnah Da’imah regarding this matter:

“Previously, ‘Id was a term used to describe a day in which people held an event together, which was done routinely and as a habit, whether it was done annually, monthly, or weekly, or the likes. Regarding the matter of ‘Id, there are several discussions to follow: Firstly, discussion about the day that was routinely celebrated, like the ‘Id al Fithr and ‘Id al Adha. Secondly, discussion about the event that was being held together. Thirdly, discussion about the deeds people did in it, be it the worshipping activities, or non worshipping. Then, if the ‘Id was celebrated for the aim of getting closer to Allah, hoping for His rewards, and as a form of glorification of something, or there was an element of mimicking the ignorants or the likes in it, for example, the disbelievers, then such ‘Id was included in innovation and thus it was prohibited since it was included in the general context of the hadith of the Prophet -peace and prayer of Allah be upon him-:

“Whoever makes an innovation in this religion, his innovation is rejected.” (Narrated by Bukhari and Muslim).

For example, the celebration of the Prophet’s birthday, the mother’s day, and independence day. The first example is included in innovating a new ritual of worshipping that is prohibited in shari’a, and considered as a form of mimicking the christians and other group of disbelievers, Whereas the second and the third examples, is regarded as mimicking the disbelievers.”

But if the aim of the ‘Id was, for example, to regulate the works, or it became the need of many people, or to arrange public affairs, such as the usbu’ al murur (the traffic week*), arrangement of lecture schedule, the gathering of the working employees, or the likes, which basically didn’t posses any meaning of worshipping, or glorification, such activities were included in the matters of bid’ah ‘adiyah (innovation in non-religious or non-worshipping matter) which was not covered in the context of the previous hadith:

*) In the Kingdom of Saudi Arabia, there is a routine event named usbu’ al murur (the traffic week) held in order to socialize the traffic rules so that people realize the importance of obeying the traffic laws. 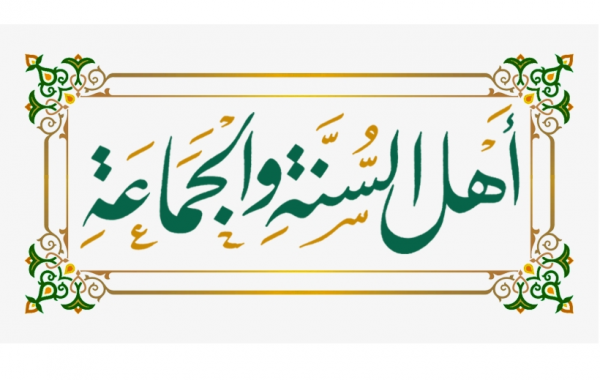