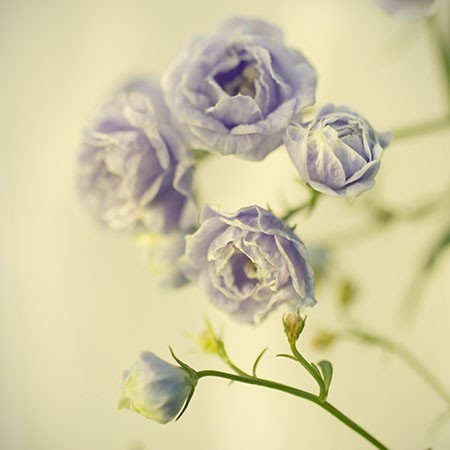 Faith in The Divine Will (The Fate)

Among the principles of creed in Islam is to have faith in the divine will.

To have faith in Allah’s divine will, whether the good or the bad, applied by believing that Allah the Exalted Knows everything that will be happened before it happened, writes it down on the well-guarded Tablet (al Lauhul Mahfuzh), and that everything that Allah wishes will absolutely happened, whereas everything He wish not will never happen. Thus, an event will never occur but by His will. Allah the Holy and Exalted is The All Powerful. He is also The One who created everything and does whatever He wishes. (see: “Mujmal Ushul Ahlissunah” by Dr. Nashir Al ‘Aql).

It is important to notice that having faith in the divine will is among the part of tawheed rububiyya, where there is an indication within it showing that Allah is The One Who regulate this universe, and He is also it’s Creator and Master.

The divine will is among the secrets of Allah, no one knows it but He, and it is written inside the well-guarded Tablet. We don’t know any of what Allah has divinely ordained upon us but after it happened.

The Attitude of Muslims towards The Divine Will

Regarding the matter of this will, the muslims are divided into three groups:

First, the ones who respond to it superfluously, in term that human has no choice at all nor power. They believe that man is like a tree that moves here and there due to the winds blow. These people are known as the Jabriyyah. It seems like they couldn’t differ between the things that happened due to their will and what didn’t. No doubt that they are misguided, because it is widely understood that man can differ between what happened because of his will, and what happened out of his will.

Second, the ones who are exaggerating the existence of power and choice of man, so exaggerating that they nullify Allah’s power upon it. These people assume that man has an ultimate power upon his deed. They are known as the Qadariyyah. They are misguided as well as the Jabriyyah. Concerning this group, Ibn Umar -may Allah be pleased with him- once said,

“”By Allah who has the life of Ibn Umar in His hand, if one of them possessed gold as large as mount Uhud, and he spent it in Allah’s cause, Allah will never accept it until he believes in the divine will”.

Third, the ones who have faith in the divine will, where they take the middle way between the Jabriyyah and the Qadariyyah, and they walk upon the indications from the Qur’an and Prophet’s guidance, and also the indications from their manly intelligence. These are the sunni, ahl sunnah wal jama’ah. They perceive that the deeds in this universe are divided into two :’

– Deeds done by creations that have will. In this case, those deeds happened due to the choice of the creatures themselves, because Allah the Exalted has created willingness for them, as mentioned in His verse:

“for everyone of you who wishes to follow the Straight Way;” (QS. At Takwir/The Overthrowing: 28)

Critics over The Jabriyya and Qadariyya

If we follow the opinion of the Jabriyyah who superfluously established the divine will, then this shari’a will be of no use. That is because assuming that man has no choice consequently means that there should be no praises and rewards for those who performed righteous deeds, as well as no humiliations and torments for those who committed evil deeds, since the deeds didn’t belong to them. And if in fact they are tormented, it means that Allah does them wrong, Glorified be He from this evil belief. Whereas Allah the Holy and Exalted is The Just and He never oppress His slaves. He decreed, concerning the time the oppressors being thrown into the Hell:

Allah decreed, “The command was given: “Cast into Hell every hardened, stubborn unbeliever, who hinders good, exceeds the limits, is immersed in doubts, and has set up another deity with Allah. Hurl him into the grievous torment.” His companion said:  “I did not incite him to rebel; he was far gone into error of his own accord.” (It was said): “Do not remonstrate in My presence. I had warned you. My Word is not changed; and never do I inflict the least wrong upon My servants.” (QS. Qaaf/The Letter Qaf: 24-29)

In these verses, Allah The Almighty explained that the punishment given not because of His oppression upon them, even that is the form of His justice, since before it He has threaten that if they refused His messenger’s enjoin, they would get grievous chastisement. Allah has explained to them the right path and the wrong one through His messengers, but they prefer the wrong path by their own will without being forced. From  this point we know the mistake of those who backed their wickedness with the reason of  the divine will.

As for the Qadariyyah, that is people who assumed that man has an ultimate power upon his deeds, and that Allah has no power at all, their assumption is declined based on the indications from shari’a and reality. It is mentioned in the Qur’an:

“for everyone of you who wishes to follow the Straight Way; but your wishing will not avail unless Allah, the Lord of the Universe, so wishes.” (QS. At Takwir/The Overthrowing: 28-29)

Whereas the reality showed that when a person intended to do something, sometimes he couldn’t realize his intention. It shows that Allah didn’t wish it to be happened.

Hence, the right path is the path taken by the ahl sunnah wal jama’ah, where the path was also the choice of the noble predecessors; that is the belief that man could act according to his own will and choice, but that will and choice followed the will of Allah the Exalted, if He wished, then the deed happened, and if He wished not, then it wouldn’t be happened.

What is the meaning of Allah’s verse: “And he whom Allah lets go astray, for him you can never find a way.” (QS. An Nisaa’/The Women: 88)

“And call to mind when Moses said to his people: “O my people, why do you torment me when you know well that I am Allah’s Messenger to you?”  So when they deviated, Allah made their hearts deviant. Allah does not direct the evil-doers to the Right Way. “ (QS. Ash Shaf: 5)

It means that since they deviated from the truth, Allah made their hearts deviant even more.

That verse above shows that the cause of a slave’s deviation is because of himself.

Levels of Faith in The Divine Will

Having faith in the divine will not be perfect but by believing in four matters:

First, having faith that Allah the Exalted knows everything, generally and in particular, and He also knows every single creation of Him before He created them, their sustenances, their death, their sayings, their deeds, also their secrets and whatever evident from them, also whoever will be the dweller of Paradise and the Hell (see chapter Ath Thalaq/The Divorce: 12)

Second, having faith that Allah the Exalted has written down the fate of every single thing in a well-guarded Tablet, see chapter al Hadid/The Iron: 22. The Messenger of Allah -peace and prayer of Allah be upon him- also said,

“Allah has written down the fate of all creatures 50,000 years before He created the skies and the earth.” (Narrated by Muslim)

Third, having faith that every thing happened is due to Allah’s will, between His mercy and His wisdom. Whatever He will, happened, and whatever He wish not, will never happen. See chapter At Takwir/The Overthrowing: 29 for the indication of this point.

Fourth, having faith that Allah the Exalted created every single thing (see chapter Al Furqn/The Criterion:2), including the deeds of His creations (See chapter Ash Shaffat/Those who set the ranks: 96).

Is it allowed to reason with fate when someone committed a sin?

Reasoning with fate when someone committed a sin is not allowed based on these reasons below:

First, Allah the Almighty has given ability to human being and enabled them to choose whether to do something or not.

Second, men could feel that they performed their some of their deeds without any force applied upon them, and they could also differ between the forced and unforced deeds.

Third, men could differ between which deeds that happened due to their own will, and which not. Examples of what they didn’t want are involuntary trembling, slipped on the street, etc.

Fourth, what do you think, if someone robbed your property and then told you, “I do this because of Allah’s will, so don’t blame me.” Will you accept his reason? Of course you wont.