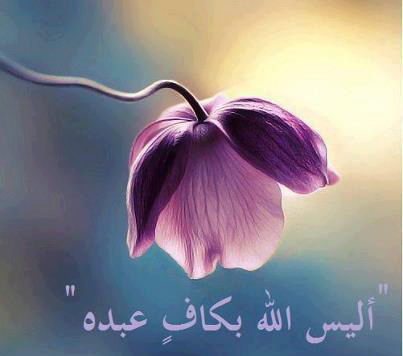 Description of Maidens of Paradise in the Qur’an

It is often mentioned inside the Noble Qur’an about the pleasures of Paradise that will be obtained by the believers, of which Allah has promised to them, since it is indeed the place of joys within the please of The Beneficent. It is different with the world which is the place of trials and calamities.

The dwellers of Paradise will get anything they wish. Allah the Exalted has told us about this, through His great verse, which can be translated as:

“Platters and cups of gold shall be passed around them, and there shall be all that they might desire and all that their eyes might delight in.” (QS az-Zukhruf/The Gold Ornaments: 71)

Sheikh Al ‘Allamah Abdurrahman Ibnu Nashir as-Sa’di -may Allah have mercy on him- interpreted the verse, saying, “The sentence (in this verse) is a common expression (that gathers all). It includes all pleasures and joys, delighting the eyes and cheering the souls. Thus, all of the heart desires, whether in the form of foods, beverages, clothes, or  interaction with spouses, also the delightful things for men’s eyes such as nice scenery, beautiful trees, cattle, and adorned buildings, all may be obtained in Paradise. All has been prepared for it’s dweller, in the most perfect and most excellent way.” (See: “Taisir al-Karimir Rahman”,page. 769)

Among the pleasures of Paradise is one may get spouse/wife, that is the beautiful maiden of Paradise. The Noble Qur’an has depicted their qualities and beauty in plenty of verses, among which are:

“Surely the state of triumph awaits the God-fearing: gardens and vineyards, and youthful maidens of like age,” (QS an-Naba’/The Tidings: 31—33)

Ibn Abbas, Mujahid, and others interpreted the verse by saying that ‘kawa’ib’ here means ‘nawahid’, that is, the breasts of the maidens are firm, not loose, because they are virgins of like age. (See: Tafseer Ibn Katsir, 7/241)

“and their spouses We shall have brought them into being afresh, and shall have made them virgins, intensely loving and of matching age.” (Al Waqi’ah/The Inevitable:35-37)

Maidens of Paradise are created differently from their condition while inhabiting the earth. They are made with the most perfect and eternal of shape and quality. All of them, whether the maidens of Paradise or women from the inhabitants of the world who are living in Paradise are created by Allah The Exalted as eternal virgins. They will always attract their husbands love by their fine words, beautiful appearance, and intense love to them.

If these maidens of Paradise talk, people will want that they’ll never stop, particularly if they sing with their sweet, melodious, and fascinating voice. If their husbands look at their mannerism, characters, and intimacy, their hearts will be filled with joys and happiness. If the maidens move from a place to another, the places will be filled with sweet smells and lights. If they make love with their husbands, they’ll give their best.

Their age, these maidens’ age, will be 33, of them all, as the peak age of maturity and the end of youthful age.

Allah the Exalted created them, always as virgins of the like age, always agree to each other, never have feud between them, close to each other, please and be pleased of, never be sad, and never sadden. Even, they are the happy souls, soothing the eyes and brightening views. (See the explanation of Sheikh Al Allamah As Sa’di in his book, ‘Taisir al-Karimir Rahman’, page 834)

Maidens that will be the spouses of the believers are virgins who have never been touched by anyone  before their husbands, of men and jinn. They are compared to crystal clear ruby gems, since they are indeed having fair  and lovey skin.  (See: ‘Taisir Karimir Rahman, page 385)

“In the midst of these will be maidens, good and comely.” (ar Rahman/The Beneficent: 70)

The beauty of body and soul are gathered inside these maidens of Paradise. (Taisir al-Karimir Rahman’ page. 832)

There shall be maidens sheltered in tents.  (ar Rahman/The Beneficent:72)

Their houses will be of pearls. They  prepare themselves to welcome their husbands. But it is possible that they sometimes walking around in the gardens of Paradise, as usually done by princesses and the like. (See: ‘Taisir al-Karimir Rahman,page. 832)

“Verily the God-fearing shall be in a secure place amidst gardens and springs. Attired in silk and brocade, they shall be arrayed face to face. Thus shall it be: and We shall espouse them to fair, wide-eyed maidens. “ (ad Dukhan/The Smoke:51-54)

“Theirs shall be wide-eyed maidens with bashful, restrained glances, so delicate as the hidden peel under an egg’s shell.” ((ash-Shaffat/Those who set the ranks: 48 – 49)

The meaning of bashful , restrained glances  are women who maintain her honor. They do not look at men other than their husbands. Such were said by Ibn Abbas, Mujahid, Zaid Ibn Aslam, Qatada, as Suddi, and others. Their eyes are fine, beautiful, wide and glowing. Their bodies are clean and beautiful, with fair skins. Ibn Abbas -may Allah be pleased with him- said, “Beautiful as pearls hidden in their shells.” [2]

al Hasan al Bashri -may Allah have mercy on him said, “They are guarded, never been touched by any hands.” (See: Tafseer Ibn Katsir, 7/11)

It indicates the beauty of men and women in Paradise. They love their spouses with a kind of love that make them desire not of anything else. It also indicates that all of them maintain their honor and dignity, there is no envy nor hates and feuds in Paradise, since there are no causes to it. (See: Taisir al-Karimir ar-Rahman, page 703)

May Allah the Exalted guide us to perform righteous deeds that make Him please, and enter us to His land of splendors. Amin.

1. This is the indication that the faithful among jinn will enter the Paradise too,

2. It is as mentioned in Allah’s verse about pleasures of the dwellers of Paradise, which can be translated as, “and there shall be wide-eyed maidens, beautiful as pearls hidden in their shells.” (al-Waqi’ah/The Inevitable : 22—23)