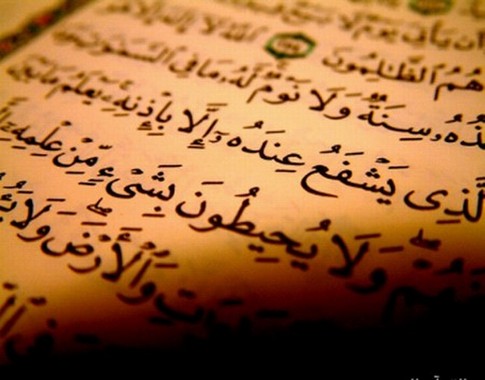 What is the tafseer of the Qur’an?

Etymologically, the word ‘tafseer‘ comes from the word ‘al fasru’, which means unveil something closed. In terminology, tafseer means an explanation of the meanings of Qur’anic verses and everything it contains, from creed matters, laws, wisdoms, advices, social interactions, and so on.

Ruling regarding learning the tafseer

It is compulsory for every one to learn about tafseer, since each is obliged to contemplate over the contents of the Qur’an according to his or her capability. Allah decreed,

Allah mentioned that the aim of Qur’an revelation is to be reflected over, and to be taken lessons from, because there is no way to perform the laws of the Qur’an but after understanding it’s meaning first.

The contrary, which is by turning away from any efforts to reflect over and understand it, means neglecting the wisdoms of The Qur’an revelation. Hence, Allah mocked every one who refuses to think about the contents of the Qur’an. Allah decreed,

In this verse, Allah mocked every one who does not reflect the Qur’an over, by calling them as “the locked hearts”, who do not get the goodness brought by the Qur’an. This is one of reason why the companions were paying close attention to the meanings of the Qur’an.

The Obligation of Those who Interpret the Qur’an

Every one who tries to interpret the Qur’an must be aware that he is interpreting the Qur’an, the words of Allah, The Exalted. Thus, he must be very cautious to avoid interpreting Allah’s decree without knowledge and firm basis, since he’ll be questioned and he must be responsible of it in front of Allah on the Last Day.

Allah mocked those who are taking this interpretation work lightly, such as interpreting the Qur’an without using the foundation already set by shari’a, or merely interpret it using his intelligence and logical thinking. Allah includes such action in speaking of Him without knowledge. Allah decreed:

“Tell them (O Muhammad): “My Lord has only forbidden indecent acts, whether overt or hidden; all manner of sin;  wrongful transgression;  and (He has forbidden) that you associate with Allah in His Divinity that for which He has sent down no sanction; and that you ascribe to Allah things of which you have no sure knowledge that they are from Him.” (QS. Al-A’raf/The Height: 33)

Thus, every time one wishes to interpret the Qur’an, he must understand all knowledges needed in interpreting it, including the science of hadith, narrations of the companions, arabic language, and others. And he is not allowed to use merely his logic in interpreting it.

The references used in tafseer if the Qur’an are the followings:

“Surely the friends of Allah have nothing to fear, nor shall they grieve -“ (QS. Yunus/Jonah :62)

About who is the friends of Allah, is not mentioned in this verse. But in the next verse, Allah explained it’s meaning:

“the ones who believe and are God-fearing.” (QS. Yunus/Jonah:63)

Allah explained about how He spread out the the earth in the next verse,

“and brought out of it its water and its pasture, and firmly fixed in it mountains;” (QS. An-Nazi’at:31–32)

And there are still examples of this interpretation. In this field, a scholar named Sheikh Muhammad Amin Asy Syinqithi had written a tafseer book containing verses that are interpreted by other verses of the Qur’an itself. The book is titled “Adwa`ul Bayan fi Idhahil Qur’an bil Qur’an.”

Second: Interpreting Qur’an using the sayings of the Prophet -peace and prayer of Allah be upon him.

“For those who do good there is good reward and more besides;” (QS. Yunus/ Jonah:26)

“Make ready for an encounter against them all the forces and well-readied horses you can muster “ (QS. Al-Anfal/The Spoils of War:60)

Third: Using the words of the Companions

The Qur’an was revealed during the time of the companions, with their daily language. Beside that, they were the most truthful people after Prophet Muhammad -peace and prayer of Allah be upon him-, and they were the purest in intention from any lusts, and also the farthest from lying in the name of Allah. They’d got noble and pious characters combined within them.

Hence, their saying, interpreting the Allah’s decrees, should be put forward before others’ sayings, particularly the interpretations of companions who were considered as the experts in tafseer, and their scholars as well, such as the four caliphs after the Prophet, Ibn Mas’ud, Abdurrahman Ibn Auf, Ibn Abbas, Sa’ad Ibn Abi Waqqas, and some other companions.

Among the interpretation of the companions are:

” If you are either ill or traveling or have satisfied a want of nature or have had contact with women..” (QS. An-Nisa’/The Women : 43)

There is a valid narration from Ibn Abbas which stated that the meaning of ‘having had contact with women’ is sexual intercourse. (See: ‘Ushul Tafseer’)

Fourth: Using the words of the student of companions who took the interpretation from the companions

Among the example of Qur’an interpretation using the words of tabeen is,

“There are some who say: “We believe in Allah and in the Last Day,” while in fact they do not believe.” (QS. Al-Baqarah/The Cow:8)

Qatada Ibn Di’amah, a tabeen, explained the meaning of people who said the words in that verse, saying that the verse is talking about the hypocrites.

Fifth: Using the meaning of the words in Arabic language, or it’s meaning in shari’a, according to the context of the sentence

There are many indications that confirm that the Qur’an was revealed in Arabic language. Among those indications are:

“verily We have made it an Arabic Qur’an that you may understand. “ (QS. Az-Zukhruf/The Gold Ornaments:3)

“Never have We sent a Messenger but he has addressed his people in their language that he may fully expound his Message to them. (And after the Message is expounded), Allah lets go astray whomsoever He wills, and guides to the Right Way whomsoever He wills. He is the All-Mighty, the All-Wise.” (QS. Ibrahim:4)

“And it is with the same directive that We revealed to you this Arabic Writ. Were you indeed to follow the vain desires of people after the true knowledge has come to you, none will be your supporter against Allah, and none will have the power to shield you from His punishment.” (QS. Ar-Ra’d/The Thunder: 37)

“(O Muhammad), thus have We revealed this as an Arabic Qur’an  and have expounded in it warning in diverse ways so that they may avoid evil or become heedful.” (QS. Thaha/Ta ha:113)

The example of the difference between the shar’i and language meaning, and the more correct meaning is the shar’i, is Allah’s decree,

“for those who believe in the existence of that which is beyond the reach of perception,  who establish Prayer…” (QS. Al-Baqarah/The Cow: 3)

In language terms, prayer means ‘supplicating or invoking’, while in shari’a, prayer is a discrete type of worship performed with certain ways, begun with takbiratul ihram and ended with salam. The meaning of ‘establish prayer’ in that verse is the prayer according to shari’a, because one is considered to perform a prayer if he performs it the way the shari’a rules.

Whereas example of a difference between shar’i and language meanings, and the more correct one is the meaning in language, is Allah’s decree,

“(O Prophet)! “Take alms out of their riches and thereby cleanse them and bring about their growth (in righteousness), and pray for them. Indeed your prayer is a source of tranquillity for them.” Allah is All-Hearing, All-Knowing.” (QS. At-Taubah/The Repentance : 103)