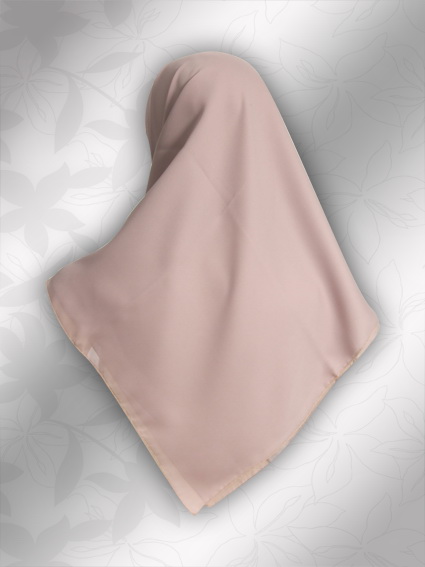 Among the negative stereotypes of the western world toward Islam is that Islam disrespects the position of women, prevents them from their freedom, being injustice to them, and positions them as the second class citizen under the reign of men, causing them to live in humiliation. Muslim women also portrayed as a primitive and isolated group from the dynamic of life, without any real role in their society. Thus, they consider that Islam is the main obstacle for the gender equalization.

The strange thing is that some muslims, who have lost their identity, got influenced by those perspectives, and instead of issuing protestation against it, they play a role in disseminating it. Under the campaign of women’s emancipation, and gender equalization, they wish for the muslim women to abandon their noble values that for so long has been protected in Islam.

Women Before The dawn of Islam

Before Islam came, all mankind humiliated women. Instead of honoring them, they even didn’t consider women as human being. The Greeks considered women as a mean to achieve pleasures.

The Romans gave the rights to fathers or husbands to sell their daughter or wife. The Arabs gave the right to a son to inherit his father’s wife. Women were denied of their rights in inheritance, and didn’t deserve of possession. The similar phenomena occurred in Persia, India, and many other countries. (See: ‘al Mar’ah, Qabla wa Ba’da al Islam, Maktabah Syamilah, Huqûq al Mar’ah fi al Islâm: 9-14)

The ancient Arabs also used to bury their innocent daughters alive, just because she is a female! Allah decreed, revealing their condition,

“When any of them is told about the birth of a female his face turns dark, and he is filled with suppressed anger, and he hides himself from people because of the bad news, thinking: should he keep the child despite disgrace, or should he bury it in dust? How evil is their estimate of Allah!” (QS. An-Nahl/The Bee [16]: 58)

Muhammad al Thâhir bin Asyûr said, “They buried their daughters, some of them buried those girls directly after their birthday, some of them buried them at the time they were able to walk and talk. That is when they were no more capable of hiding the girls. This is among the worst practices of the ignorant. They used to practice it and believed that it is the right of a father, thus none of them deny it.” (See: al Tahrîr wa al Tanwîr: 14/185)

Women After The Dawn of Islam

And then the light of Islam came, and it shines and take away the darkness by the treatise brought by the Prophet -peace and prayer of Allah be upon him-. It goes against all forms of oppression and guarantees each man’s right without exception. Take a look at Allah’s decree below, about how to treat the women right:

“Believers! It is not lawful for you to become heirs to women against their will. It is not lawful that you should put constraint upon them so that you may take away anything of what you have given them; (you may not put constraint upon them) unless they are guilty of brazenly immoral conduct. Live with your wives gracefully. If you dislike them in any manner, it may be that you dislike something in which Allah has placed much good for you.” (QS. An Nisa/The Women [4]: 19)

The messenger of Allah -peace and prayer of Allah be upon him- also often remind people with his saying, that muslims should respect and honor women. Among his saying is,

Dr. Abdul Qadir Syaiba said, “That is what stated in Islamic Law; women must be honored, not inherited; they must not be forced to stay, and men should be kind to them, husbands are suggested to do them right and be patient with their attitudes,” (See: Huqûq al Mar’ah fi al Islam: 10-11)

Women are Gifts, Not Disasters

The ignorants perceived women as disasters to them, but Islam regards them, women, as gifts of Allah. In them, men will find their peace, body and soul. They radiate positive energies, in the form of love, compassion, and motivation to live. Man and woman become an entity, forming a household. They help each other hand in hand to realize a comfortable, happy life; they educate and guide the next generations. Allah decreed,

“And of His Signs is that He has created mates for you from your own kind that you may find peace in them and He has set between you love and mercy. Surely there are Signs in this for those who reflect.” (QS. Al Rûm/The Romans [30]: 21)

“And Allah has given you spouses from your kind, and has granted you through your spouses, sons and grandsons, and has provided you wholesome things as sustenance. (After knowing all this), do they still believe in falsehood and deny Allah’s bounty,” (QS. An Nahl/The Bee [16]:72)

Rights and Position of Women

As men, the rights of women are also secured in Islam. Basically, all rights of men also become the rights of women. Their religion, properties, honor, minds, and souls, are secured and protected by Islamic sharia, as for men. Among the examples in the Qur’an about this is that men and women are of equal right in worshipping and rewards of that act.

“Whoever does good and believes – whether he is male or female – such shall enter the Garden, and they shall not be wronged in the slightest.” (QS. An Nisâ/The Women [4]: 124)

Women also reserve the right to be involved in discussion about suckling.

“And if both (the parents) decide, by mutual consent and consultation, to wean the child, there is no blame on them;” (QS. Al Baqarah/The Cow [2]: 233)

Women also have a right to complain about their problems to the judge:

“Allah has surely heard the words of her who contends with you concerning her husband and complains to Allah. Allah hears what both of you say. Verily Allah is All- Hearing, All-Seeing.” (QS. Al Mujâdilah [58]: 1)

And at the time the Prophet -peace and prayer of Allah be upon him- there were several cases of women complaining to him about their problems.

Women are the partners of men in enjoining the goods and forbidding evils, and in other form of worships.

“The believers, both men and women, are allies of one another. They enjoin good, forbid evil, establish Prayer, pay Zakah, and obey Allah and His Messenger. Surely Allah will show mercy to them. Allah is All-Mighty, All-Wise.” (QS. Al Taubah/The Repentance [9]: 71)

Allah also decreed, about the rights of women:

“Women have the same rights against their men as men have against them; but men have a degree above them. Allah is All- Powerful, All-Wise.” (QS. Al Baqarah/The Cow [2]: 228)

Ibn Kathir said, “The meaning of this verse is that women have rights upon men, just as men have their rights upon women. Thus, for each of them to fulfill other’s rights kindly.” (See: Tafsîr al Qur’ân al Adzîm: 1/609)

A Pearl to Protect

Beside securing the rights of women, Islam also protect them from anything that can tarnish their honor, disgrace, and humiliate them. Just like a priceless pearl, Islam positions them as noble creatures that must be protected. Based on this principle, Allah the Exalted has established some rules to realize it, and to prepare women to bear their strategic task to educate the next generations.

Muhammad Thahir Asyur -may Allah have mercy on him- said, “Islam really concerns about the sake of women, because they are the other half of men race, the first teacher for their descendants’ souls before anyone else, with a kind of education that orientated in their sanity to prevent them from any bad influences, and in their heart to it from the influence of satan…

Islam is a religion of sharia (laws) and rules. Hence, it comes to mend the condition of women, raise their level, thus the muslims worldwide (by her role) will be ready to reach for advancement and lead the world.” (See: al Tahrîr wa al Tanwîr: 2/400-401)

Among the specific rules for women is a set of rules regarding their clothes, that is to wear clothes that cover all of their body. This is different with men’s clothes. Allah ordered them that so that they’ll be safe from the eyes of wicked men and do not become a trial for them.

“O Prophet, enjoin your wives and your daughters and the believing women, to draw a part of their outer coverings around them. It is likelier that they will be recognized and not molested. Allah is Most Forgiving, Most Merciful.” (QS. Al Ahzâb/The Combined forces [33]: 59)

Allah also order them to maintain their dignity in front of men beside her husband, to avoid to mix with them, spend most of their time staying in their house, lower their gaze, wear no perfume when they go outside, do not lower their voices, etc.

“And stay in your homes and do not go about displaying your allurements as in the former Time of Ignorance. Establish Prayer, give Zakah, and obey Allah and His Messenger. Allah only wishes to remove uncleanness from you, O members of the (Prophet’s) household, and to purify you completely.” (QS. Al Ahzâb [33]: 33)

Allah has established these laws to protect and to honor women, as well as to maintain a good, conducive social life, away from ill acts that emerge from the destruction of barriers between men and women in society. Adulteries and sexual abuses are among phenomena that are caused by the negligence of women in obeying Allah’s laws, and men as their leaders and guardian in imposing Allah’s laws on women.

Finally, due to my shortcoming in knowledge and vocabularies, I (the author) think that what have been explained in this article is far from perfection, But hopefully, at least, it’ll help to erase the cloud of doubts in some muslims’ mind about the perspective if Islam on women, thanks to the spreading of false issues by those who do not want Islam to support the main pillars of human life.