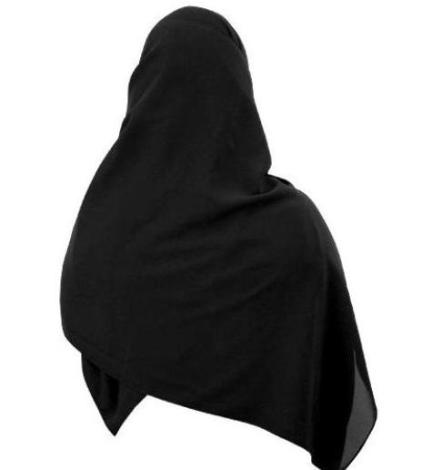 The perfection of Islam is a certainty, that a muslim must believe in, faithfully. Islamic shari’a has regulated all aspects of men’s life, for them to achieve the true happiness in life. By obeying this rules, a muslim will be able to achieve salvation and joys both in this world and in the Hereafter.

Allah The Glorified and Exalted decreed:

“We said: Get you down from here, all of you, and guidance shall come to you from Me: then, whoever will follow My guidance need have no fear, nor shall they grieve.” [Al Baqarah/The Cow/2:38]

In this verse, Allah has promised salvation and joys to those who are willing to follow and obey the teaching of Allah’s messenger -peace and prayer of Allah be upon him-. Thus, it is a must to refer all problems in this life to Islamic laws, that is, of course, Allah’s law too. Also in polygamy. And a muslim is not allowed to choose any rules or laws that against the shari’a, as Allah ordained in His decree:

In the Qur’an and Sunnah, it is mentioned that polygamy is sunnah for those who are capable of doing it. Allah revealed in His decree:

In this verse, Allah speak to the guardians of the orphans, if they have an orphan that they are responsible of, and they are afraid that they are unable to give them enough dowry, they should turn to marry other women, since there are still more women left. Allah does not restrict his condition, because Allah has allowed him to marry until four women. If they are afraid of being wicked if they married more than one woman, they must marry only one woman, or marry their female slaves. [1]

By Allah’s permission, the Messenger of Allah -peace and prayer of Allah be upon him- himself had married nine women in his lifetime, as mentioned in a hadith narrated by Anas Ibn Malik -may Allah be pleased with him-:

“Indeed, the Prophet -peace and prayer of Allah be upon him- ever went to his wives in a night, and at that time he has nine wives.” [Narrated by al Bukhari, no. 5068 and an-Nasaa-i, 6/54

Also in the saying of Ibn ‘Abbas to Sa’id Ibn Jubair:

“Are you married?” Sa’id replied, “Not yet.” And he said, “Get married! Because the best of this nation is one having the most wives.” [Narrated by al Bukhari no. 5069]

In the sentence of “the best of this nation” has two definitions:

Second: It means in marriage, that is one with the most of wives.

Sheikh Mushthafa Al ‘Adawi said, “Both of the meanings share the shame basis, and indicate a similar meaning, hence becoming the foundation of the scholars who stated that polygamy is sunnah.” [2]

Other basis indicating that polygamy is sunnah are the hadith of the Prophet that suggest muslims to have many children.

Among the hadith are:

Regarding this hadith, Sheikh Musthafa Al ‘Adawi explained that: “Marriage, by Allah’s permission, may cause people increase birth. And the increase of birth can make them proud of their numbers. Thus, a fertile woman, if it is known that a man (who propose her) is infertile, should not marry him. But the prohibition (in this hadith) is makrooh, but not forbidden. Because the Prophet -peace and prayer of Allah be upon him,- kept his wives who didn’t give him children, but Khadija and Mary,” [3]

By that, it is known that one way to increase birth is by having more wives.

Wisdoms and Benefits of Polygamy

Every thing allowed in Islam must have it’s own wisdom and great benefits for muslims. To allow the practice polygamy is the best way to create dignified and honorable families and society.

There are several things to mention that indicate the wisdoms and benefits of polygamy, such as:

1. Polygamy is the chosen guidance, established by Allah The Mighty and The High Himself, for the sake of His slaves.
A woman might get ill, have her period, undergo her puerperal time, and the like, that interfere her to bear her tasks as wife. Whereas man is always ready to yield offsprings. Supposed a man is hampered during the time his wife unable to serve him, his functions will be lost in vain. [4]

2. Allah has created fewer men than women. Men also face more life-threatening events during his whole life. Supposed that each man should only marry a woman, there will be more unmarried women left, forcing them to do wicked things such as adultery and the like. And turn away from Qur’an’s guidance is the greatest source of problems in manners. [6]

About the number of men and women, the Messenger of Allah -peace and prayer of Allah be upon him- explained in his saying:

“Among the portents of the Hour are the knowledge will be diminished, foolishness emerge, adulteries committed undisguised, and woman’s number increases, whereas man’s decreases, until a man equals 50 women.” [Mutafaqun ‘alaihi]

3. Generally, all woman is always ready to marry, but in contrast, plenty of men do not have the ability to bear the consequences of marriage due to their poor condition. Thus, the number of men ready to marry is less than woman.

4. Polygamy will be a mean to elevate the status of a woman whose husband is dead or divorced her, whereas she has none of her family to be responsible of her. By polygamy, there will be a man who is responsible for her needs.

Beside that, polygamy also offers a lot of benefits toward individual, the society, and muslim communities as a whole. Among those benefits are:

One of the most effective way for people to lower their gaze, maintain their dignity, and multiply their offsprings.

5. One of the way to protect men and women from various factors of wickedness and deviation. Sheikh Ibn Baz said in his fatwa, that polygamy contains great benefits to men and women as a whole. Because, by polygamy, All people will obtain benefits; lowering of gazes, maintenance of dignity, plenty of descendants, men will be able to do much for the sake of his wives, protect them from factors of wickedness and deviation of manners. [7]

6. Increasing the number of muslims, thus Islam will have enough human resources to face their enemies in holy battle.

That is the beauty of Islam, regarding it’s permission for polygamy. However, to practice it, one must fulfill certain criteria and requirements stated in shari’a. And Allah knows best.