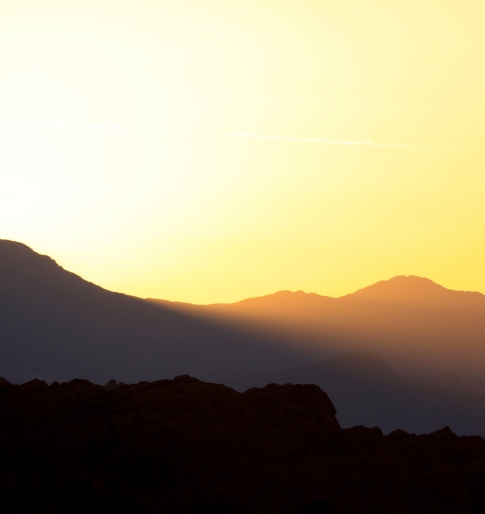 Abu Bakr -may Allah be pleased with him-

He is Abdullah Ibn Uthman Ibn Amir Ibn Amr Ibn Ka’ab Ibn Sa’ad Ibn Taim Ibn Murrah Ibn Ka’ab Ibn Luay Ibn Ghalib Al Qurasyi At Taimy. His pedigree, meets the pedigree of the messenger of Allah -peace and prayer of Allah be upon him- on his sixth grandfather, that is Murra Ibn Ka’ab.

His father is Uthman Ibn Amir, well known as Abu Quhafa. His mother is Ummul Khair, Salma bint Shorh Ibn Amir. Thus, his mother is the cousin of his father. He was born on two years and six months after the Elephant Year.

In the time of ignorance, Abu Bakr was known as an honest, noble-mannered man, who was also a skillful merchant. This fact was known to all men, thus the young men of Quraish used to visit him to ask him about knowledge, trading strategy, and his manner. Beside that he was also an expert among the experts of Quraish pedigree, hence the messenger of Allah -peace and prayer of Allah be upon him- once said:

“Indeed, Abu Bakr is a man from Quraish who is the most known about their pedigree.” (Narrated by Muslim, in hadith no. 2490)

Even, he never drink any intoxicant during the time of ignorance. When he was asked about this, he replied, “I am a man who protect my honor, and maintain my nobility, and whoever drink intoxicant, means that he has neglected his honor and nobility.” (See: Tarikh Al Khulafa, page 49)

When the light of Islam firstly shone the earth of Mecca, brought by an Al Amin/The Trusted One (the messenger of Allah -peace and prayer of Allah be upon him- ), Abu Bakr -may Allah be pleased with him- welcomed the guidance of Islam with delight, moreover, he was the first man to embrace Islam from the group of free men.

Ammar Ibn Yasir narrated, “I saw the messenger of Allah -peace and prayer of Allah be upon him- in Mecca, and no one was with him but five slaves, two women, and Abu Bakr.” (Narrated Bukhari, 3857)

After declaring his Islamic state, Abu Bakr -may Allah be pleased with him- persuaded his friends to embrace Islam, and by his persuasion, some of youth in Mecca declared their Islamic state. He also spent lots of his wealth in Allah’s Cause, even he ever spent all of his wealth, thus Umar was unable to beat him in the matter of alms. Beside that, Abu Bakr -may Allah be pleased with him- also freed the slaves and he wished not anything from that, but the please of Allah the Glorified and Exalted.

‘Aisha -may Allah be pleased with her- narrated that, “Abu Bakr once freed seven slaves who were tortured in Allah’s way, Glorified and Exalted be He, among them was Bilal and Amir Ibn Fuhaira.” (Narrated by Al Hakim in his work “Al Mustadrak”, 3/321)

Ahlu Sunnah wal Jama’ah, the sunni, have agreed that the best men after the messenger of Allah -peace and prayer of Allah be upon him- were the companions, and the best of the companions was Abu Bakr and Umar, above all of them.” (See: Kitabul I’tiqad, 192)

Al Hafizh, Ibn Katsir said, “The noblest man among the companions, even the noblest among all creatures after the prophets is Abu Bakr, and then ‘Umar Ibn Khaththab, and then Uthman Ibn Affan, and then Ali Ibn Abi Thalib.” (See: Al-Ba’itsul Hatsis, 183)

“It will matter little if you do not help the Prophet, for Allah surely helped him when the unbelievers drove him out of his home and he was but one of the two when they were in the cave, and when he said to his companion: “Do not grieve. Allah is with us.” Then Allah caused His tranquillity to descend upon him, and supported him with hosts you did not see, and He humbled the word of the unbelievers. As for Allah’s Word, it is inherently uppermost. Allah is All-Powerful, All-Wise.” (Q.S. At-Taubah: 40)

Narrated Abu Bakr -may Allah be pleased with him-: I was in the company of the Prophet -peace and prayer of Allah be upon him- in the cave, and on seeing the traces of the infidels, I said, “O Allah’s Messenger! If one of them (infidels ) should lift up his foot, he will see us.” He said, “What do you think of two, the third of whom is Allâh (as their Protector and Helper)”

Allah the Exalted and Glorified decreed, which can be translated as,

“They shall have from their Lord all that they wish for. That is the reward of those that do good,” (Q.S. Az-Zumar, 33)

Abu Bakr -may Allah be pleased with him- is a companion of the messenger of Allah -peace and prayer of Allah be upon him- who was very cautious with his food. ‘Aisha -may Allah be pleased with her- narrated that once, Abu Bakr had a slave, who gave him the income from his business every day. Abu Bakr would eat that results. One day the slave brought some food and Abu Bakr ate half of that food. The slave said to him, “O my master, so you know where did this food come from?”. Abu Bakr replied, “Where did you get it?” The slave answered, “Previously, I used to act like a clairvoyant to a man, whereas I know nothing of clairvoyance. I just tricked him and he gave me some wage, including the food you have eaten.” Hearing that, Abu Bakr -may Allah be pleased with him- directly pushed his fingers inside his mouth and threw up all foods that he had eaten.” (Narrated by Bukhari, no. 3629)

Zaid Ibn Arqam -may Allah be pleased with him told, “One of the slave of Abu Bakr -may Allah be pleased with him- did a ghulul and from the result of that practice, he brought some food to Abu Bakr. After Abu Bakr finished his meal, the slave said, “O Master, you usually ask me every night about the income of my business, but why don’t you ask me first about it tonight?” Abu Bakr replied, “The cause is hunger. Where was it come from?” That slave told about his work, and Abu Bakr immediately responded, “You almost killed me.” Then he pushed his hand inside his mouth, trying to throw up every scoop of his food, but he failed, and it was said, “Indeed, the food wont come out but by the help of some water.” He asked for a glass of water and drank it, and threw up all the food he ate. It was said to him, “You did this just to throw your food up?” He replied, “Supposed it wasn’t out but by my soul, I would’ve done that.” (See: Shafwatush Shafwah 1/252, Hilyatul Auliya 1/31)

Allahu Akbar, O the Shiddiq of this nation, indeed, this is an excellent cautious attitude, which one almost can’t find anymore today. This is piety. This is faith. I testify that you are the noblest man after Prophet Muhammad -peace and prayer of Allah be upon him.

By this, those who always eat the forbidden meals, night and day, thus his body and his children’s body grow from it, should fear Allah the Exalted.

May Allah have mercy on the women of the predecessors, who held the shoulders of their husbands when they were about to go to the market, saying,”O my husband, fear Allah the Glorified and Exalted on what you give to us. Don’t give us things from the forbidden ones. Indeed, we can be patient with the dread of hunger, but we can’t be patient with the heat of the Inferno.” !!!

Pearls of Wisdom From The Story of Abu Bakr Ash Shiddiq

That is the life journey of the best man after Prophet Muhammad -peace and prayernof Allah be upon him-. We might take plenty of wisdoms from his life, such as:

– A muslim should adorn his soul with noble manners and leave the matters that might reduce his nobility and honor.
– An advice to spend and give alms in Allah’s cause. What has been spent from the wealth is the one that will be useful in the Hereafter.
– It is a manner, and an obligation of a believer to justify all news brought by the Messenger of Allah -peace and prayer of Allah be upon him-, because he didn’t convey anything but divine decrees from Allah The Glorified and The Exalted.
– Muslims are brothers, and they should help each other in kindness and piety, lighten the burden of their brothers, according to their ability.
– Wara’ (being cautious) from consuming the forbidden things is a special attitude belong to a muslim, because a body that grows from forbidden things deserves to enter the Hell. And this attitude almost gone from the muslims today, but in those whom Allah the Glorified and Exalted have mercy upon.