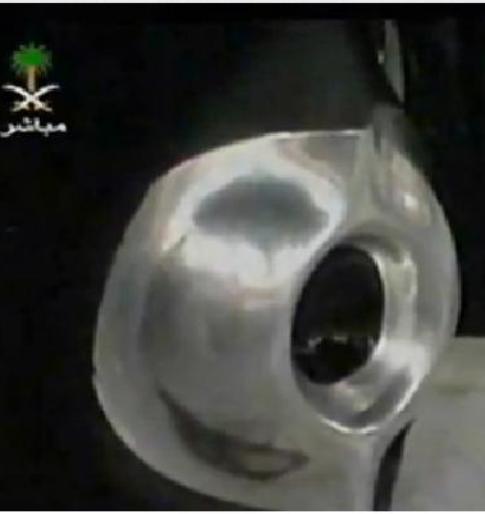 Do Muslims Worship Kaaba and The Black Stone (Hajar Aswad)?

Sheikh Sholeh Al Fauzan -may Allah preserve him- was asked:

How to rebut the claim of the atheists, who said, ‘O muslims, you yourselves worship the stone and circle around it! Thus how come you blame the idolators and the worshipper of statues/pictures’?

“This is clearly a big lie. We never worship the (black) stone, instead we touch and kiss it, to imitate what the Prophet -peace and prayer of Allah be upon him- did. This means that we performed such acts as a form of worship by following the footstep of the Prophet – peace and prayer of Allah be upon him-. Kissing the black stone is a part of a series of worship, such as the wuquf in Arafa, the night stay in Muzdalifa, and the circling gesture around the House of Allah (Kaaba). Also, for us, kissing the black stone, touching it, or gesturing to it, are forms of worshipping Allah, not the stone. Moreover, we may deny their claim by using the example of Umar Ibn Al Khattab -may Allah be pleased with him-, when he kissed the black stone and said, “No doubt, I know that you are a stone and can neither harm (anyone) nor benefit anyone. Had I not seen Allâh’s Messenger kissing you, I would not have kissed you.” (Narrated by Bukhari in hadith no. 1597 and Muslim, no.1270)

Thus, for muslims, this is a matter of imitating the example set by their Prophet, and not worshipping the stone (black stone). Those who spread this issue have created a lie in the name of muslims, since we never worship the Kaaba at all. But we only worship the Lord and the Owner of that Kaaba. Just as we circled around the Kaaba in order to worship Allah the Noble and The High, because He has commanded us to do so. We performed those acts to obey Allah’s command, Noble and Mighty be He, and to follow the guidance of His messenger- peace and prayer of Allah be upon him.