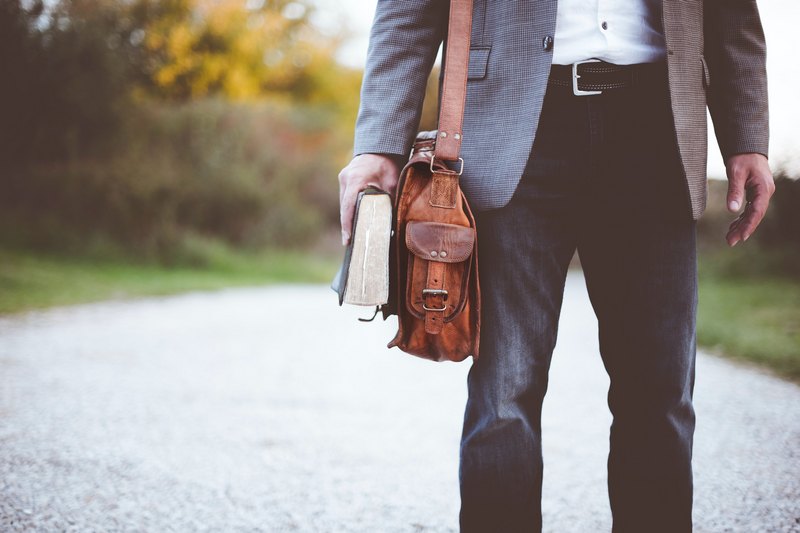 It is very unfortunate that in our country, jobless is still an ubiquitous phenomenon. Many of the students that study in various level of education, upon graduating from their schools, instead of getting into the workforce, or becoming an entrepreneur, are being jobless. The high quality of certain school or college, doesn’t guarantee that its alumnae can automatically work, or skilled, or is able to start a business or creating job opportunity.

Many of the educational institutions, instead, preparing their students to be workers or employees. Hence, we’ll find those students who claim that they are jobless, upon graduating from their school or college, but unable to find any job. While in actuality, jobs are not limited to being an employee, or a factory worker. There are a lot of lawful jobs according to Sharia. Moreover, if we look closely at our society, there are only a few of them who work as an employee. Some work in other sectors, such as farming, plantation, fishery, trading, transportation, communication, services, etc.

The misdirection of education in this country causes our students to be dependent to others, unwilling to work on their own and to initiate new business or to improve their own skills and ability. Unfortunately, majority of them are muslims.

Does Islam teach its followers to be like that? Of course not.

The spirit of being dependent to others is not commendable. Islam has taught us the whole aspects of life, including a social problem like this.

“If someone among you goes and find a bunch of firewood that he carry on his back, it is better than to beg to others, sometimes he gives you, and sometimes not.” [2]

In this hadith, the Messenger of Allaah suggested that it is better for a muslim to work, even though the work is deemed very trivial and is void of special skill as requirement. This kind of work can be found in abundance around us, such being a porter in markets, scavenger, egg or food peddler, etc.

“ O Allaah, I seek Your protection, from inquietude, sadness, weakness, laziness, fear, stinginess, the grasp of debt, and from being dominated by others.”[3]

The characters that are mentioned in this prayer are the direct result of weakness, laziness, and the lack of dependency and resignation to Allaah. This is the disease that have been plaguing our society, and hence, the muslims should wake up from their sleep and laziness.

Anyone who is strong enough to work shouldn’t ask or beg from others.

Anyone who is strong enough to work shouldn’t depend on others, except in cornered situation, or in dire needs, such as the totally disabled people, the very ill ones, the elderly, people who are bearing the responsibility of settling others’ debt, the poor who can’t earn enough to cover for his daily living, etc”

It is narrated by ‘Ubaidillah bin ‘Adi bin Al-Khiyar, he said that there were two men who recounted to me that in the past, they used to come to the Prophet -peace and prayer of Allaah be upon him- at the time of Hajj Wada’ (the farewell Hajj before the death of the Prophet, -ed), while he was distributing the alms. The two men asked for the alms as well. The Prophet looked at them from head to toe, and he regarded them as abled men. Then he said, “If you wish, I can give it to you. However, alms are not meant to be given to the rich, or those who are able to work.” [4]

There are plenty of lawful job around us, even though the earning may not be much. However, a small earning one earns for himself that can cover for his needs is better than to be jobless and ever dependent to others.

The companions of the Prophet -peace and prayer of Allaah be upon him- were diligent and earnest men. And it is undeniable fact that some of them were working the jobs that required brute strength and physical efforts.

It is narrated from ‘Aisha -may Allaah be pleased with her-, that in the past, the companions of the Allaah’s messenger were people who worked for themselves. They used to smell (from their sweat). And they were told, “What about you take a shower?,” [5]

It shows that the companions were actively working men.

The Role Model in Working

The Prophet -peace and prayer of Allaah be upon him- mentioned Prophet David -peace be upon him- because he is a famous figure from among the prophets, and he was also a king. However, although he was a king, he didn’t depend on his people. Instead, he worked by himself to earn his own and his family’s living.

“Prophet Zachary was a carpenter.”[7]

In “Shahih Al-Bukhari[8], it is mentioned that ‘Aisha -may Allaah be pleased with her- narrated about the condition of her father after he was appointed as the caliph, to replace the Messenger of Allaah -peace and prayer of Allaah be upon him-,

“At the time Abu Bakr Ash Shiddiq was appointed as a caliph, he said, “My people know that my job is not enough to cover for my family needs, whereas I am occupied by the affairs of the muslims. Hence, the family of Abu Bakr will eat (a part of) from his wealth (the wealth of bait-al-maal) and the muslims will be getting job from it.”

Suppose that Abu Bakr Ash Shiddiq -may Allaah be pleased with him- took a part of the wealth of bait al mal as such, a part that covered his needs, it is already accepted. However, he took initiative to open work field for the muslims using the capital taken from the bait al maal. Thus, for what he had done, Abu Bakr Ash Shiddiq deserved to earn some profit from the result of his that work. Abu Bakr Ash-Shiddiq did it in order to be independent from other muslims’ givings.

“Indeed, the best food that one feed himself is by his own hand. And a child is included in his work.” [9]

Therefore, parents are allowed to enjoy the result of their children’s work, because a child’s wealth is his parent’s wealth too. Furthermore, it is not inappropriate for parent to ask for his child’s wealth, as long as it does him no harm, it doesn’t handed over to other child of him, and it isn’t taken near the child’s or his own death.

In the past, there was a man who asked this Messenger of Allaah -peace and prayer of Allaah be upon him-, saying,

“O Messenger of Allaah, I have some wealth and child. Indeed, my parents take many of my wealth.” The Messenger of Allaah -peace and prayer of Allaah be upon him-said, “You and your wealth belong to your parents. Indeed, children are among your best income. So eat (food) from your child’s income.”[10]

Thus, parents who wish for their child to earn a lot of money more than himself, can admit their children in school, or enroll them in courses in order to gain certain skill that can be used in the future for job seeking. After their kids reach adulthood and so are able to obtain jobs, the parents can reap the benefits of their previous efforts.

And it is something urgent for us to erase the habit of being dependent to others, including to our parents. A child that has reached adulthood should be ashamed of himself for asking his parent to cover for his needs, even though his parent are well of people.

Verily, asking others is a form of scratch, by which a person will scratch his own face; except for people who asks from the authority, or in a matter that asking is a must in it.”[11]

“A man continuously asks from others, until he, in The hereafter, will not have any flesh left on his face.” [12]

May Allaah The Glorified and Exalted gives us strength to work and to avoid dependency to others, and rely ourselves only on Him alone.

May this article benefit us all. Amin.

[4] Narrated by. Abu Dawud no. 1635 and An-Nasai no. 2598. Sheikh Al-Albani in Shahih Sunan Abi Dawud (V/335) said, “The status is valid, according to the requirements of  Al-Bukhari. Ibn ‘Abdil-Hadi deemed it as valid hadith and Ahmad labeled it as jayyid (good).”