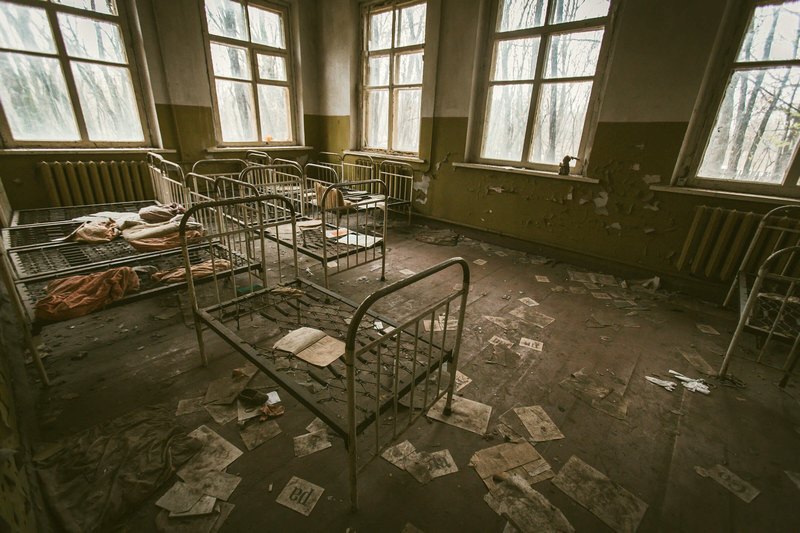 An orphan. Have you ever, upon hearing this word, wondering about what kind of childhood would you have, if you were destined to be an orphan? Having a father and a mother who take care, nurture, and shelter us, is indeed, a great pleasure.

An orphan never have the chance to enjoy such pleasure. Mostly, they live on their own, far from other people’s care, let alone their shelter and protection. Indeed, they have such a sad fate, being neglected and forgotten.

As a consequence, they are unable to take care of themselves. Many of the orphans look filthy, dirty, shabby, and disgusting. Most of them are lacking in education, retarded, and creating an impression of a rascal.

Not to mention that at the very young age, they are forced to earn livinghood in order to survive. Not little of them become the target of insult, abuse, or worse, the victim of sexual abuse.

That is their fate. Many of them fall into despair, or loosing hope. This life is like living hell for them in which they have to fight veraciously to survive. They are extremely lonely. In their tiny little hearts, day and night, they cry.

But the worst of all is that they never know Islam well, let alone pray. They tend to spend their time gather with their street child friends, involving in many evil doings, and major sins, or even committing infidelity (act of kufr). Na’udzu billahi min dzalika.

Islam is a noble and lofty religion; it honors the sons of Adam above other creations. Likewise, it also raises the status of the orphans. Allaah commands us to honor all of mankind. Allaah the Glorified and Exalted decreed,

“Indeed, We honoured the progeny of Adam, and bore them across land and sea and provided them with good things for their sustenance, and exalted them above many of Our creatures.” (Al Isra’/The Night Journey: 70)

Islam has all the answers needed to solve all kinds of social problems that exist in the society. Allaah promises to grant great virtue for people who take care of the orphans. The virtues are equal to all the hardships endured during the bringing up of the orphans.

The Messenger of Allaah -peace and prayer of Allaah be upon him- mentioned in a hadith, one of the virtue of bringing up and taking care of an orphan:

It is narrated from Sahl Ibn Sa’d, from the Prophet -peace and prayer of Allaah be upon him-, that the Prophet said, “(The position of) Me and one who take care of an orphan, in Paradise, is like this,” He gestured with two of his fingers, the index and middle fingers.

People who take care of the living of the orphans will join the Prophet -peace and prayer of Allaah be upon him- in Paradise. This is a reward that many people neglect.

Abu Hurairah also narrated a similar hadith, with some addition:

“One who take care of the orphans, whether they are from his relatives or not.”[2]

We can infer from the additional part of the hadith, that taking care of orphans is not exclusively done for the relatives, but also for other people’s child or relatives.

The Meaning of Orphan

Who deserves to be labeled as an orphan in Arabic language?

It is mentioned in the dictionary of “Al-Mu’jam Al-Washith”:

“(Orphan) is the young offspring of human who loses his father. In animal, it is an animal cub that loses its mother.”[3]

The scholars said that if an orpan reaches the coming of age, he is no longer labeled as orphan, according to a hadith from ‘Ali Ibn Abi Thalib -may Allaah be pleased with him-, that the Messenger of Allaah -peace and prayer of Allaah be upon him- said,

“There is no orphan after the reaching the legal age, and it is not allowed to stay silent from morning until nighttime.” [4]

However, it doesn’t mean that when we take care of an orphan since he or she is young, then he or she reaches her legal age, we should let them fend for his or her own. As long as they are unable to work and earn their own living, we should offer them help that they need. Moreover in this time, where kids are demanded to finish their study, highschool at its minimum, or its equal. It is even better if parents are able to fund their study at the higher level.

The Virtue of Raising Orphan

There are plenty of virtues in regards to raising an orphan, amongst which are:

“It is narrated from Abu Huraira -may Allaah be pleased with him-, that the Messenger of Allaah -peace and prayer of Allaah be upon him- said, “The best deed is for you to make a believer happy; you pay for his debt, or you feed him a bread.” [5]

Raising an orphan is included in the term of “making a believer happy,”. May Allaah make us among those who are keen on raising orphans.

If you want your heart to soften, feed the poor and caress the heads of the orphans (take care of them, -ed)).”[6]

This hadith clearly explains to us that feeding the poor and taking care of the orphans can softhen the hearts. If we look at these two deeds, we’ll find that the arrogants, the miser, and the callous ones will not be able to carry them out. Therefore, the Messenger of Allaah -peace and prayer of Allaah be upon him- train such people to get closer to the poor and the orphans in order to be able to realistically feel what they feel; so much so that their hearts will shed its crust and softened. Gloried and Exalted be He, this is a divine guidance that our Prophet, Muhammad -peace and prayer of Allaah be upon him- had taught us.

“O Allaah, Indeed, I declare that it is forbidden (for the followers of Muhammad to neglect) the rights of two weak people: the orphans, and women.”[7]

The companions are the fastest and the most eager ones in practicing what the Prophet -peace and prayer of Allaah be upon him- taught them. One of the proof is what ‘Abdullaah Ibn ‘Umar Ibn Khaththab did, which is immortalized in the book “Al-Adab Al-Mufrad” as follows,

“It is narrated from Abu Bakr Ibn Hafsh that he said, “‘Abdullaah (Ibn ‘Umar Ibn Al-Khaththab) may Allaah be pleased with them both – has never eaten anything except that there was an orphan beside his plate (beside him, -ed).”[8]

For You Who has Abundance in Wealth

It is rightful For people who has surpluss or excess in their wealth, to donate their wealth to the orphans. The Messenger of Allaah -peace and prayer of Allaah be upon him- said,

“Indeed, wealth is green (nice to look at) and sweet (to enjoy). The best of muslim is those who gives that wealth to the orphans, the poor, and people who runs out of supplies in the middle of their journey.”[9]

Dear readers, what do you think after reading this article? Isn’t it nice if we can be those who are the benefactors of the orphans, ones to raise and take care of them well? By that, hopefully we can earn the great virtues that Prophet Muhammad -peace and prayer of Allaah be upon him- told us in his hadith. Aamiin.

May this article benefit us all.

Etc., as cited in the footnotes.

[4] See: Abu Daud no. 2873; it is classified as valid hadith by Sheikh Al-Albani in Shahih Sunan Abi Daud.

[5]  Narrated by Ibn Abi Dunya in “Qadhail-Hawaij” page. 98 and Ad-Dailami Volume I page 123, it is classified as good hadith by Sheikh Al-Albani in Ash-Shahihah no. 1494 (This information is taken from the book “Ash-Shahihah”)

[8] Narrated by Al-Bukhari in Adabul-Mufrad no. 136 , it is classified as valid hadith by Sheikh Al-Albani in Shahih Adabul-Mufrad, hadith no. 102

[9] Narrated by Ahmad no. 11865. Sheikh Syu’aib Al-Arnauth et al.,commented , “The narration is valid according to the requirements of the  two sheikh (Al-Bukhari and Muslim).”