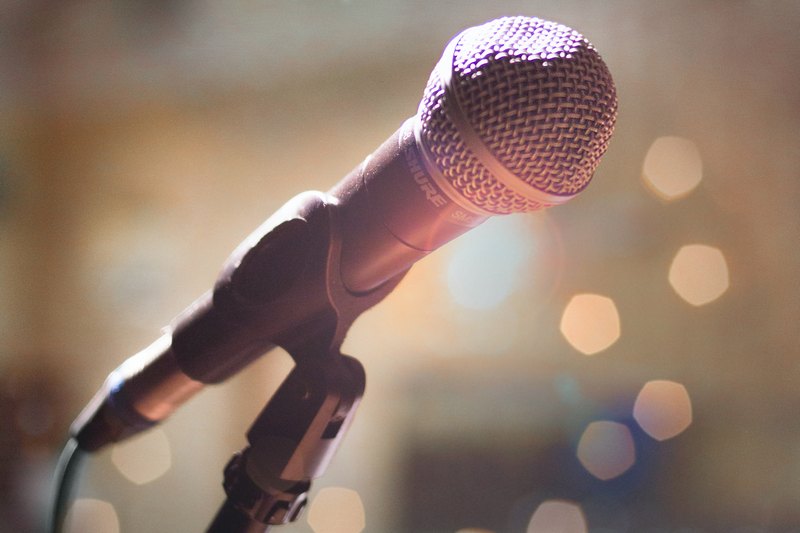 How to Enjoin A Disbeliever to Embrace Islam

The most effective and perfect method to enjoin the disbelievers so that they are willing to embrace Islam is through the method of the Noble Qur’an, since it possesses clear reasoning, real evidence, straight guidance, and explicit direction.

If we look closely to the methods of da’wa inside of the Qur’an to enjoin the disbelievers to Islam, with taking into account the different religions and sects among them- we’ll find that these methods are summarized into some points below, namely [2]:

1. Explaining about the goodness, perfection and the beauty of Islam regarding its creeds, worshipping rituals, and social interactions. Sheikh ‘Abdul `Azîz bin Bâz -may Allah have mercy on him- once said, “The muslims and all of human being in the world today are in a great need of the explanation about Islam, and the showcasing of its beauty as well as its core teaching. By Allah! Had the people of today and the whole world recognized the core teaching of Islam, they will certainly embrace it in flocks.” [3]

2. Revealing the proofs of the validity of Prophet Muhammad’s teaching – peace and prayer of Allah be upon him- so that anyone who is after the truth and being honest to acknowledge it will obtain guidance, and is able to set a firm reason against his opponent.

3. Breaking down the wrong assumptions of the disbelievers against this religion and rebutting all of their reasons or everything that they used to debate the muslims. The Qur’an has shown us the clearest of proof and the strongest of reason that are enough to bring out the truth and destroy the evil.

4. Reminding the disbelievers of the punishment suffered by the people before them and the doom that Allah afflicted upon the infidels which came under various forms of punishment and torture.

“Amma ba’du, Indeed, I call you with the calling of Islam. Embrace Islam, they you’ll be safe and Allah will double your rewards. But if you turn away, you’ll carry the sin of your followers.”[4]
In this sentence, the Prophet -peace and prayer of Allah be upon him- combined the methods of motivating and threatening. [5]

7. Explaining the them about the flaws of their religion, of many kinds of evil, damages, bad results, contradiction, and instability.
8. Giving them warning not to follow the leader of the evils and the caller to the Hell. Whoever follows them, will be really sorry for himself.
9. Reminding them of all of Allah’s favors He gives them all the time, and explaining to them that it was Allah alone who created, regulated, and granted the seen and unseen favors. Next, we should explain to them that it is He alone who has the right to be worshipped and obeyed, not the other.
10. Comparing between the beauty and perfection of Islam to the evil, ignorance, and contradiction of their own religion.
11. Debating them using profound knowledge, real evidence, and clear reasoning. Ibn al Qayyim said, “There are two wisdoms beneath the debate, namely:
(1). Turning them away from the evil so that they’ll return to the truth.
(2). Prevent the evil and enmity within them to emerge, and those people will understand that what they have is an evilness. [6]

12. Erasing the various misconception or wrong images that they have regarding this religion, which may come as a result of the partial concept or ill-depiction of Islam that they received, because of the mistakes of some people who have been in this religion and divided into misguided sects claiming to be a part of Islam, or because of the ignorance of some people who quoted about this religion to the people they enjoined, resulting in the vagueness of the real concept, essence, beauty, and perfection of Islam in front of them. Eventually, all of those factors keep them away from embracing Islam and reject it.
If the wrong images and misconceptions have been erased, the real beauty of Islam will be evident to them, as well as its perfection and how it is far from any kind of extremism and deviation.

One day, there were three priests who came to the Sheikh al Islam Ibn Taimiyya. He debated them and explain his reasoning to them. He explained that they were disbeliever, and that they didn’t walk upon the religion of Ibrahim and The Messiah (Prophet Jesus) -peace be upon them-
The priests told Sheikh al Islam, “We do as you did. you worship the Nafisah * whereas we worship Mary, whereas we all agree that the Messiah and Mary are of higher position compared to Hasan and Nafisah. Besides, you also ask for aid during the crisis to the pious people before you, as we do.”
Sheikh al Islam replied, “It is true that whoever does what you said is indeed resembles you. However, those practices were not the religion which the Prophet Ibrahim -peace be upon him- had. For indeed, the religion of Prophet Ibrahim -peace be upon him- commands to worship Allah alone, He has no partner, rival, wife, or child. We do not set rivals to Him, of the angels, sun, moon, and stars, likewise, we do not set rivals for Him, from among the prophets or the pious people.” Then he explained to them the tawheed as conveyed by the prophets and messengers, and the true meaning of the tawheed,
He explained that basically, the tawheed of the prophets and messengers is different from what the evildoers do.
After they heard his explanation, they said, “The religion that you mentioned is better than the one which we and those people are upon.” After that, they left him. [7]

13. Being gentle to them, and attempting to admonish them and soften their hearts, and being patient in enduring these attempts without being haste to see the result and fruition of it.
The attempt to soften their hearts will leave a deep impression within them. One of those impressions is the tendency of their hearts to goodness, the growing love of the guidance, and the growing motivation to embrace Islam. Sheikh al Islam said, “The Imam Abu dawud narrated that once the Prophet -peace and prayer of Allah be upon him- was asked to perform istisqa (asking for the rain) by some of the polytheists, and he agreed to their request [8]. It was the Messenger’s attempt to soften their hearts, by asking for rain on their behalf, as with his other attempts to soften their hearts.”[9]
Imam Ahmad narrated from Shofwân bin Umayyah -may Allah be pleased with him- that he said,

“The Messenger of Allah -peace and prayer of Allah be upon him- presented me with a gift during the time of the battle of Hunayn. While at that time, he was the person that I hated the most. After that, the Messenger of Allah kept giving me gifts, and thus he became the person that I love the most.[10].
Imam Al-Bukhari narrated in his book, “Al-Adabul Mufrad” a hadith from Mujahid with a decent status, in which he said,

“One day, I was with ‘Abdullâh bin ‘Amr, and his little son was skinning a sheep. ‘Abdullah said, “O son! When you’ve finished, begin (to distribute) the alms with our Jewish neighbor!”. Then a man from his people said, “A jewish?! May Allah make you better.” He replied, “I’ve heard the Messenger of Allah -peace and prayer of Allah be upon him- bequeathed to be good to our neighbors, thus we are afraid, or we think that he will appoint them as his heir.. [11]

Persuading the object of our da’wa, being gentle and good to them, and other deeds aimed to soften their hearts will leave deep impression in them, which eventually will lead them to accept the goodness and be satisfied with it.

* She was Nafisah the daughter of Al-Hasan Ibn Zaid Ibn Al-Hasan Ibn ‘Ali Ibn Abi Thalib. She died in year 208 H, in the age of 85 years old, and was buried in Egypt. She was a devout woman, well-known for her devotion in worship, giving alms, and asceticism. She met Imam Ash Shafi’i during her life, even it is said that Imam Ash Shafi’i recited some hadith to her. Many people visited her grave and prayed to her assuming that she was the source of blessing and it was a good place to pray, for their prayers would be granted. (Refer to: Wafayâtul-A’yân libni Khalkân(V/423-424), Al-Wâfi bil-wafayât lish-Shafadi (VII/358) and Bidâyah wan-Nihâyah libni Katsîr(X/286). ) (additional information from the translator)
[7]. See: Majmû’ al-Fatâwâ (I/370-371).
[8]. The author said: “I do not find this kind of narration inside the book of Sunan Abu Daud. The Imam al-Bukhari Narrated a similar hadith in his book of Shahih no. 4821, from ‘Abdullah Ibn Mas’ud -may Allah be pleased with him-, which stated that, “The Messenger of Allah -peace and prayer of Allah be upon him- received certain guest and it was said to him, “O Messenger of Allah! Please ask Allah to send the rain for the Mudhar.’ He said, “For the Mudhar! How dare you (ask me to invoke Allah’s favor for the disbelievers, -ed)’. He then ask for rain and it was granted…” (The hadith).
[9] Majmû’ al-Fatâwâ (I/145)
[10] Al-Musnad (VI/465), lihat Tafsîr Ibnu Katsîr (II/364)
[11] Al-Adabul Mufrad no. 128. Sheikh Al-Albâni stated in his book, Shahihul Adabil Mufrad no. 95.
that it was a sound hadith.