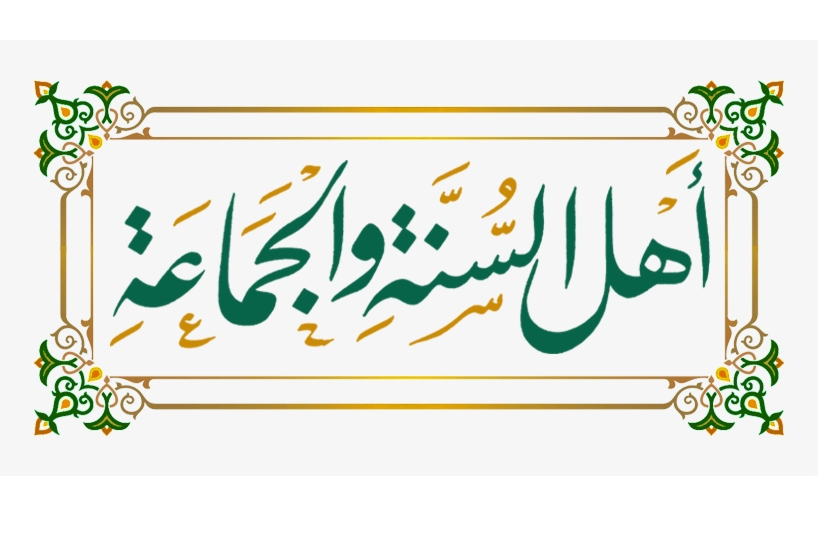 The word “As Sunnah” as a terminology owns several meanings (see: Mawaqif Ibn Taimiya Minal Asy’ariyah I : 3804 by Sheikh Abdur-Rahman Al-Mahmud and Mafhum Ahlis Sunnah Wal Jama’ah Inda Ahlis Sunnah Wal Jama’ah by Sheikh Nasyir Al-Aql). This short article will not be discussing about those meanings; rather, it will elaborate on the term: “As Sunnah” or “Ahl sunnah” according to the i’tiqad, Al-Imam Ibnu Rajab -may Allah have mercy on him- said, “…..From Abu Sufyan Ats Tsauri, he said, ‘Be kind to the ahl sunnah, since they are the ghuraba (stranger).” (Narrated by Al Lalika’i in his work “Syarh Sunnah”, no. 49).

Because refusing to eat unlawful food is one of the major sunnah, which the Prophet -peace and prayer of Allah be upon him- and the companions -may Allah be pleased with them all- did.

Further, according to majority of the contemporary scholars from among the expert in hadith and other fields, as sunnah is a phrase that describes anything in the matter of creed that is safe from the misconceptions, particularly in regards of the matter of faith in Allah, His angels, His holy books, His messengers, the Last Day, as well as of the matter of divine decree and the virtues of the companions.

The said scholars have written some books in this topic, and titled it as “As Sunnah.” They chose to name it “As Sunnah”, because of its prime importance and that people who goes against it is in the verge of his doom. Whereas the perfect sunnah is the way to be safe from misconception and evil desire. (See: Kasyful Karriyyah 19-20).
Ahl Sunnah is they who follow the sunnah of the Prophet -peace and prayer of Allah be upon him- , and the sunnah of his companions – may Allah be pleased with them-.

Imam Ibn al Jauzi -said, “…There is no doubt the embracer of an Naql and atsar, the follower of the atsar of Allah’s messenger -peace and prayer of Allah be upon him- and his companions, they are the ahl as sunnah.” (See: Talbisul Iblis by Ibn al Jauzi page 16 and Al-Fashlu by Ibn Hazm 2:107).

Ibn Sirin – may Allah have mercy on him- said: “(At the beginning) they never asked about the sanad (chain of narrator). When the trial happened (the scholars) said, ‘Show us (the names of) your narrators. Then when they saw the name of ahl sunnah, they accepted their hadith. And when they saw the name of the heretics, they rejected their hadith.” (Narrated by Muslim in the introductory part of his book of sound hadith, page 15).

Imam Malik -may Allah have mercy on him- once was asked, “Who are the ahl sunnah?”. He replied, “Ahl sunnah are the people who do not have any of the well-known names, i.e., they are not Jahmi (the followers of Jahmiyya), Qadari (the followers of Qadariyya), and Rafidhi (the syi’a rafidhiyy, -ed). ” (See: Al-Intiqa fi Fadlailits Tsalatsatil Aimmatil Fuqaha. Page 35 by Ibn Abdil Barr).

When the Jahmiyya sect gained power and ruled the country, they became the source of calamity for human being, in which they persuaded people to join the Jahmiyya sect through suggestion and by force. They disturbed, harmed, and even killed people who disagreed with them. Allah the Glorified and Exalted then created Imam Ahmad Ibn Hanbal to defend the ahl sunnah. He was patient in bearing the trial and affliction they threw his way. He refuted and nullified their argumentations, and he brought the sunnah forward and stood stoically against the heretics and the theologians. Hence his title, Imam of the ahl sunnah.

Based on the previous explanations, we could draw a conclusion that the terms Ahl Sunnah was well-known among the past time scholars as a term directly opposes the terminology of Ahl Ahwa’ wal Bida’, of the sects of Rafidhah, Jamiyya, Khawarij, Murji’ah, etc. The Ahl Sunnah are they who firmly hold onto the foundation that the Messenger of Allah -peace and prayer of Allah be upon him- and his companions -may Allah be pleased with them- had taught.

A term that is used to identify the followers of the method of As Salafus Shalih in their creed is Ahl Sunnah wal Jama’a. There are many hadith that instruct the muslims to unite in jama’a and prohibit them to form sects and leave the jama’a. (See: Wujubu Luzuumil Jama’ah wa Dzamit Tafarruq. Page. 115-117, by Jamal bin Ahmad Badi).

The scholars have disagreed upon the instruction to unite in jama’a since they differed in defining it into several opinions. (See: Al-I’tisham 2:260-265).

These opinions converge back into two definitions:

That the jama’a are they who agree to appoint a leader according to the shari’a rules; therefore, it is compulsory to follow this jama’a and it is forbidden to oppose it and its leader.

That the jama’a in which the Ahl Sunnah follow the sunnah in kind and abandon the heresy is the true method of life, and it is compulsory to follow it according to its method. This is the meaning behind the defining of jama’a with companions, follower of knowledge and hadith, consensus, or As Sawadul A’dzam. (See: Mauqif Ibni Taimiyah Minal Asya’irah 1 : 17).

Sheikh al Islam said, “they (the scholars) named it the follower of jama’a because jama’a means gathering and its the opposite of separating into sects. Although the word jama’a has became a name for people who flock together. Whereas the consensus is the third pillar of knowledge and religion. And they (the scholars) weighed every saying and deed of human being that is related to religious intention, both outwardly and inwardly, with these three pillars (the Qur’an, the sunnah, and the consensus). ” (See: Majmu al-Fatawa 3:175).

The term Ahl Sunnah wal Jama’a owns a similar meaning with the ahl sunnah. And the scholars use the term in general as the comparison of the Ahl Ahwa’ wal Bida’. For example: Ibn Abbas -may Allah be pleased with them- interpreted the verse, “on the Day when some faces will turn bright and other faces will turn dark. (Chapter Ali Imran/The Family of Imran:105) with, “As for the people with bright faces, they are the Ahl sunnah wal Jama’a, whereas those with dark faces are the Ahl Ahwa’ wa Dhalalah.” (Narrated by Al-Lalika’i 1:72 and Ibn Baththah in “Asy-Syarah wal Ibanah”, page 137. As-Suyuthi claimed it was written by Al-Khatib in his book of history, and Ibn Abi Hatim in “Ad-Durrul Mantsur” 2:63).

Sufyan Ats Tsauri said, “If a news reached you telling that there is a person who supports the sunnah in the east, and the other in the west, send your greeting to them and pray for them. How small is the number of the Ahl Sunnah wal Jama’a.” (Narrated by Al-Lalika’i in Syarhus Sunnah 1:64 and Ibn al Jauzi in Talbisul Iblis page 9).

Thus, we could conclude that the Ahl Sunnah wal Jama’a is the moderate sect among the existed sects, just as the muslims’ position among other religions. Affiliation to it, naming and using it as name shows the vast coverage of the creed and method of life.

The name “Ahl Sunnah” is a good and justifiable thing, and it is already done by the past time scholars. The one that use this term the most was Sheikh al Islam Ibn Taimiyya -may Allah have mercy on him-.

The author of “Ar-Raudhatul Bahiyyah” said, “Know that the main stem of all of the beliefs of Ahl Sunnah wal Jama’a is based on the saying of two polars, namely Abul Hasan Al-Asy’ari and Imam Abu Manshur Al-Maturidi”.
( see: Ar-Raudlatul Bahiyyah by Abi Udibah page 3).

Al Ayji said, “as for the safe, chosen sect (al Firqotun Najiyya) they are people about whom the Messenger of Allah -peace and prayer of Allah be upon him- said of, “They are the people who walk upon the what I and my companions stand upon.” They are the Asy’Ariyya and Salaf, from among the expert in hadith and Ahl Sunnah wal Jama’a.” (See: Al Mawaqif, page 429).

In general they claimed that the beliefs of Asy’Ariyya and Maturidiyya are based on the method of Ahl Sunnah wal Jama’a; however, we’re not going to take issue of this false claim.

Instead, we’ll mention the two conclusions regarding this subtopic:

That the using of this term by the sects of Asy’ariyya and Maturidiyya and people who are influenced by them doesn’t, at all, change the fact of their heresies and deviation from the true method of Salaf ash Shalih.
That their using of this term doesn’t prevent us to use and name ourselves with it, according to shari’a, as the examples set by the past time scholars. There is no disgrace nor slur that shall befall people who use this term, since the disgrace is upon the opposition in anything main of the matter of creed and way of life of the Salaf ash Shalih.