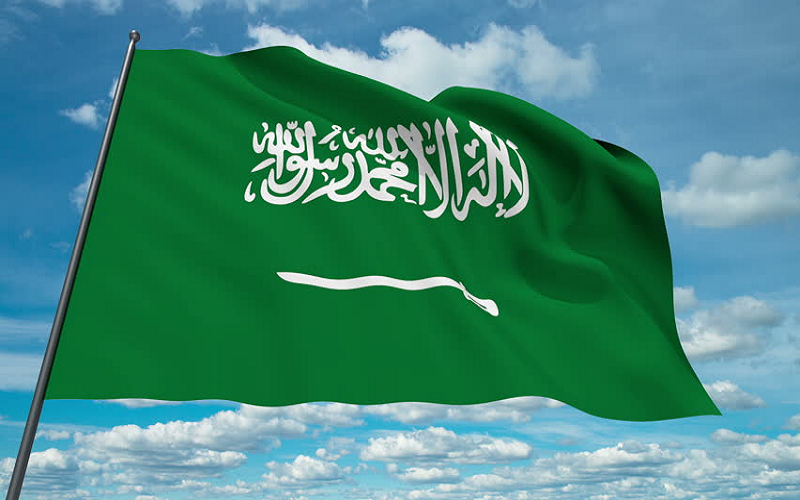 The sheikh lived three centuries ago, at the time when the world was overwhelmed with shirk, heresy, and digression. People turned their devotion to other than Allah, to the wali of Allah, they prayed and asked to be freed from their hardships from other than Allah, and sought for aid from other than Allah. They believed in trees, stones, fabrics, clothes, and sanctified relics. They sought after blessings from them.

Thus, this Imam carried out what Allah had divinely inspired to him and to another imam, the Ruler who sided with him. Hence, the knowledge and the jihad came to unite, as well as the pen and the spear. Together they supported and helped each other to defend the tawheed and the correct beliefs. He enjoined people to Allah the Exalted and the true tawheed, to discard heresy and superstitions, to rebut the shirk and innovations in religion, by the power that Allah had given to him. Then a lot of rebuttals, debates, and discussions inevitably occurred between him and the enemies of the truth at that time. And he gained clear victory, and his slogan emerged. Allah had raised his name high, because he had upheld the sunnah and the tawheed highly.

He also wrote some amazing and great books, of which every household is supposed to have. It is mandatory for a student -as well as commoner- to have it, for example, the book “Tawheed, Alladzi Haqqullahi Alal Abid” (Tawheed is the Right of Allah over His slaves). This is a blessed book, which content is easy to understand, with articulate explanation, and solid phrases. It only contains Allah’s decrees and the saying of the Messenger of Allah -peace and prayer of Allah be upon him-, and then followed by the wisdoms derived from those verses or hadith.

Some scholars have mentioned a story containing a precious lesson, regarding this book and its author. There was an inhabitant of Africa. At his area, the teaching of the Sufi that was different from the Qur’an and the Sunnah was spread. That African man said, “There was a sheikh from amongv the sheikhs of the Sufi. Every time he finished his salat, he would raise his hands and prayed for the woes to befall Sheikh Muhammad Ibn Abdul Wahhab. He asked Allah to afflict him with misery…and so on.” A prayer that shakes the hearts of people with tawheed. That African said, “One day, I came to him, I brought the book of tawheed, but I dismembered its cover and I discarded its title. I met him, sit with him, and started to converse. He (the Sufi sheikh) asked me, “What kind of book is this?’. I replied, ‘It is a book containing Qur’an verses and the hadith, written by a scholar.’ He said, ‘May I read it?’. Thus, I wished him to ask more earnestly, and become curious with it. i gave it to him and said, ‘But I wish that you could summarize this book for me, since I am unlike you, a great, learned scholar. By that, I could get some real benefits.'”The next day the man returned, and the sheikh said, “This is a very good book, it explains -based on the Qur’an verses and the hadith- that we are in the state of digression, ignorance, and deviation. It only contains Allah’s decree and the Messenger’s saying. Who write it?”. The man answered, “The writer is the man whom you always ask Allah day and night for his doom. ”
Thus, the Sheikh repented to Allah at once. In the past, he always asked for his doom, but after that, he prayed for him to obtain good rewards. That was him, Imam Muhammad Ibn Abdul Wahhab.

His blessed enjoin keeps on living, as well as his noble history. Until today, his descendants are still upholding the flag of sunnah, defending the true teaching of Islam, with their best. We ask Allah the Exalted to bestow His mercy upon the deceased among them, and preserve the truth within the living among them.

Brothers, the complete discussion about this Imam, his work, his writing, answer, and his life is a very vast topic. But what we’re going to deliver here is the shining essence that’ll motivate us to understand the history of our imams and dignitaries.

Today, there are many scholars and defenders of the da’wa. All praises be to Allah, because this da’wa brings plenty of goodness, and virtues in abundance. Its light shines to the whole world. In Africa, Asia, America, Europe- in every place, we could see the people with tawheed. We could see the ahl sunnah, the Salafy da’i. They are not united by any group, organized by sect, or movement. Instead, they are united by the tawheed of Allah. Thus, tawheed, and the words of tawheed, becomes the foundation of the unity. Every time we take a distance from the words of tawheed, we take a distance from the unity (among ummah, -ed).

Today, started from this century, there are many scholars, defenders of the blessed da’wa. Among them, for example, was Imam Allamah Abdurrahman Ibn Yahya Al-Mu’alimi Al-Yamani, and then Allamah Mahmud Syakir Al-Mishri, also their brothers and friends, Abdurrahman Al-Wakil, Abdurrahman Hamzah, Muhammad Khalil Harras.

The next is Sheikh Muhammad Ibn Ibrahim -he was one of the descendant of Imam Muhammad bin Abdul Wahhab, and then his disciple, Imam Allamah Al-Bashir Abu Abdullah Abdul Aziz Ibn Abdullah bin Baz.

Joining them was their brother, Sheikh Muhammad Nashiruddin Al-Albani, an Imam, the profoundly learned scholar, our honorable teacher, and the grand expert of hadith among the ummah. Likewise was his friend, brother, and fellow who resembled himself, an Imam, and the profoundly learned one, Abu Abdullah Muhammad bin Shalih Al-Utsaimin, the conscientious expert in jurisprudence, who was deep view, combined with guidance and correctness. I say that he possessed a distinctive quality compared to the rest of scholars of the century. By Allah’s special favor that He bestowed upon him, which wasn’t given to others; In that his oral lecture was also a work. In Almost all of his discussion, explanation, and lesson, it seemed that he was holding his pen and notebook, and wrote it down with decent structure, integration, and division, with an exceptional style. Amazing.

All praises be to Allah, they were all united on one clear and shining path, in defending the sunnah of the Prophet. Upholding the flag of the beliefs of the Salafiyya. They struggled in it with true devotion, defended it among the slaves of Allah, and in various countries. And then they died in succession. They had carried out their obligation. It is a lacking for us if we stop behind them and do not continue their da’wa, do not seek for victory with their method, and do not uphold their flag. If that is our condition, then a terrible calamity happened. We seek Allah’s protection from it.

Even with all of their efforts, we still hear some fools from every direction taunted our scholars. You could hear one of them said, “Ibn Baz was one of the scholar of the ruler.” O, you poor, what do you want from him, a learned, ascetic man, who spent plenty of his time worshipping Allah! What did he want from this world – whereas he himself looked down to it, and felt satisfied with just a little of it – until he needed to kiss up to the ruler, and became their scholar who followed their desire?

You could see one of them said, “Ibn Uthaymeen didn’t understand about the actual condition.” O you poor, Ibn Uthaymeen was a learned man, who was as tough as a mountain, and understood deeply the principles of knowledge. As in the scholars’ saying, “A law (verdict) over something is the branch of the perception (knowledge) about it.” Is it possible that he would or did deciding a ruling over a matter without any understanding of the current condition, without looking through its various sides, and without looking into the details. It is true that what those fools meant with “current condition” is the political condition of these days, which source is the disbelievers and the enemies of Islam. Is it because this imam (Sheikh Ibn Uthaymeen) and his brothers (other scholars) stood on the true path, which source was a decent one, and with decent logic and drawing of a lesson from the current news, that those good qualities backfired as vile accusation on them? We seek Allah’s protection from it.

And then there was the third among people who taunted our scholars, who maybe was a fool, idiot, and ill-mannered; he accused Sheikh Al Albani that he was a murji’a. By Allah, by Allah, by Allah. Even if this fool lived his whole lifetime, he certainly didn’t know about the true meaning of “irja'”, both the rejected meaning and not. By Allah, indeed, in this century, Sheikh Al Albani was one of the scholars who rebutted the thought, opinion, digression, and deviation of Murji’a in the first place. He even disagreed with some scholars who assumed that the disagreement of the Ahl Sunnah and the experts of jurisprudence from the Murji’a was a false one. Sheikh Al Albani stated that the disagreement truly existed, and not just a false one.

Sheikh Al Albani’s rebuttals to the Murji’a took place in about 30 years ago, or more, whereas people who rebutted him, if you ask about his age, I’m almost sure that his is no more than 40 years old. Thus, when Sheikh Al Albani was rebutting the Murj’a, you -O poor one (people who rebutted him) – was still playing with the kids on the street. You were pronouncing alif, ba’, at the kindergarten! And then when some hairs grew on your face, you suddenly taunt the sheikh with your ignorance, you act despicably with your intelligence, you said that Sheikh Al Albani was a Murji’! This is a terrible calamity, and a major, grave sin. We seek Allah the Exalted’s protection from it.

However, the people of truth will always receive Allah’s help. Their flag flying, their words are high, whether we like it or not. If we do not defend them, then Allah certainly will help the, through the hands of our brothers, students, children, or grandchildren.

Thus, disgrace awaits the sectarian, the oppressors, and the fools. This da’wa keeps on living with its blessing, purity, beauty, and perfection. May we deserve to be its follower, and carrier. After thar, we hope to be its defender. I ask Allah for His guidance and provision, His lead and provision, for me and for you all. Indeed, Allah is The All-Powerful to fulfill it. Peace and prayer of Allah be upon our Prophet, his family, and all of his companions. In the end, we say, all praises be to Allah, Lord of the universe.