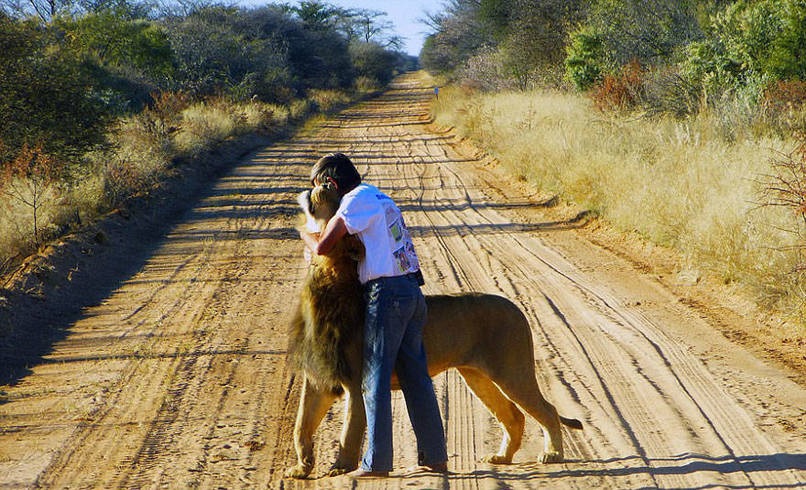 When you see a person rides on a lion, he is able to control that beast as he pleases, and just by his command or his touch, that bushy mane will obey his wish, what will you say? I’m sure that all of us will be amazed of his skills in taming the lion.

Everyone will no longer be afraid of that lion since it is no longer wild. We will be certain that the lion will not randomly attack anyone except by the command of its master. And all people will respect the rider, as no one would dare to be his enemy due to their fear of having to face the lion.

But imagine if there is a person who has a pet lion that easily gets angry and goes berserk, that likes to go around disturbing people. Everyone must be afraid of that lion; moreover, they will hate and curse its owner, saying that “ if he cannot keep and control it, better to put it down rather than Let it disturbs and bothers other people.”

These illustrations are real example of the saying, “Your tongue is your lion.” If we are able to keep our tongue in check, then it is as though we are riders of the lion. But if we cant, many people will hate and avoid us, fearing that they’ll be the “lion’s victim.”

Another saying goes, “The tongue is boneless.” It easily waggles left and right, speaking incessantly. It wont get stiff since it has no bone in it. It’ll only stops if there’s an energy that put control over it.

The Messenger of Allah ever advised one of his companions named Muadz Ibn Jabal, in which he told him the doors of goodness and explained to him the construction of faith, of its foundation, pillar, and roof. And in the end of his advice, the Messenger of Allah mentioned one key that could control all of those goodnesses. He gestured to his tongue and said, “Watch your words.”

It is because there will be plenty of people who are thrown into the hellfire because of the evil of their words.

The Messenger of Allah said, “Two things of human body that becomes the greatest causal of people thrown into the hell, that is, his mouth and his genital.” (Narrated by Ahmad)c

It is very easy for people to speak a word, and very often, they do not care of what they say, merely take it as a joke; instead, it brings fatal result to them.

The Messenger of Allah said, “Indeed, there’s a man who speak with a sentence that he takes no heed of it, but it will cause him to be plunged into the hellfire as far as the distance between the earth and the west.” (Narrated by Tirmidhi).

“Most of their secret conferring are devoid of good, unless one secretly enjoins charity, good deeds, and setting the affairs of men right. We shall grant whoever does that seeking to please Allah a great reward.” (Chapter An Nisa/The Women:114)

Therefore, if we cant train our lion decently, still unable to control it, do not let it wander around freely. Keep it close behind iron bars.

If we are yet to speak useful words, then it is better for us to keep silent. The Messenger of Allah said, “Those who believe in Allah and the last day, either speak good or be silent. (Narrated by Al-Bukhari )