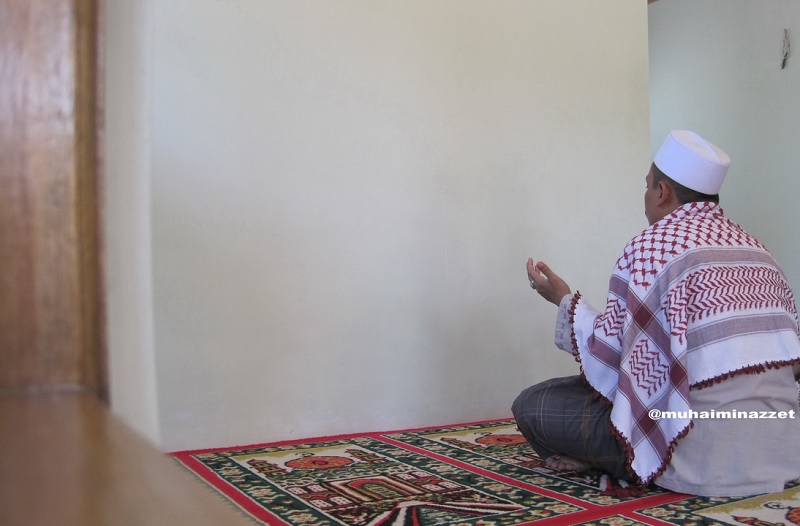 Prayer or shalat is the pillar of Islam, guardian of faith, core of every attempt to get closer to Allah, and the main obedience. The matter of prayer is a great matter. Imam Ibn al Qayim said in his book, “Ash Sholat”, there is no dissenting opinion among muslims that abandoning prayer deliberately is one of most severe of the major sins, and that is sin, in Allah’s sight is heavier than the sin of killing a soul, stealing wealth, adultery, thieving, and drinking intoxication. indeed, the person (who commit it) will face Allah’s punishment, His wrath, and (living in) disgrace in this world and in the Hereafter.

Therefore, we need to comprehend the indications from the Qur’an together with its interpretation, hadith of Allah’s messenger, and atsar (the saying of companions and tabeen) that mention about the virtue of prayer, ruling for abandoning it, prohibition to perform it out of its time, and abandoning prayer in congregation.

There are several virtues of prayer, such as:

These virtues are revealed in :

Which can be translated as, “Prayer is enjoined upon the believers at stated times.”

Which can be translated as, ” And resort to patience and Prayer for help. Truly Prayer is burdensome for all except the devout,”

3. Hadith of the Messenger of Allah, narrated from Ubadah bin Shamit :

Which can be translated as, “There are five prayers that Allah oblige to His slaves, whoever performs it and does not waste anything due to underestimating its right, Allah promises that He’ll enter him to Paradise. And whoever abandons it, Allah doesn’t give any promise to him, if He wishes He’ll punish him and if He wishes, He’ll enter him to Paradise.” (Narrated by Abu Daud and An Nisai, classified as valid hadith by Ibn Abdil Barr in ‘Al ihya 2/70)

4. Hadith of the Messenger of Allah from Jabir:

Which can be translated as, “The parable of the regular prayer is as a crystal-clear river that flows in front of the door of one of you. He takes bath there 5 times, everyday, thus, will you see any dirt left on him?” The companions answered, “Off course no”. Then the Messenger of Allah said, “Indeed, the regular prayer will clean up sins as water that wash away dirts.” (Narrated by Muslim, part 1. hadith no.667 and Bukhari in hadith no. 528).

Know O brothers, that the punishment for those abandon prayer, in the Hereafter, is grim and horrible. Allah has informed us about people who dwell the Hell (saqar) in His decree, which can be translated as, “What drove you to Hell? They will answer: “We were not among those who observed Prayer,” (Chapter Al-Mudatstsir/The Cloaked one 42-43).

The Messenger of Allah said, “The barrier between a person and shirk and kufr is (the act of) abandoning prayer.” (Narrated by Muslim)

Imam At Tirmidhi also narrated from Abdullah bin Syafiq al-Uqaili – may Allah be pleased with him- that he said, “In the past, companions of Allah’s messenger never consider of a deed, which, if it is abandoned, is an act of kufr, aside from prayer.

Allah declared about condition of people who postponed their prayer until they performed it not in its time, in chapter Al Maaun:4-5, which can be translated as, Woe, then, to those who pray, but are heedless in their Prayers, ”

Al Hasan al Bashri was asked about Allah’s decree in chapter Al Maaun: 4-5, and he answered, “It is people who are being heedless of the time of prayer until its time runs out.”

From Buraida, he said that: “I heard the Messenger of Allah said, “The contract between us and them (the hypocrites) is the prayer, whoever leaves it, has committed infidelity.” (Narrated by Ahmad, An Nisa’i, and At Tirmidhi, and he said, “(It is a) good or valid (hadith)).

It is narrated from Syuraik, from Ashim and Abi Wail from Abdullah, he said, “The Messenger of Allah said, “The first deed of a slave to be counted is his prayer, and the first matter to be judged between mankind is the matter of blood.” (Narrated by An Nisa’i and Ath Thabrani).

O people who abandon prayer, what will you say in front of Allah when He ask you about your prayer, which will be your first question.Hence, will your deeds, no matter how good they are, will be accepted, if you answer with, “I didn’t perform prayer.” Look, O people who have wasted Allah’s right, at the saying of the Prophet, narrated by Buraida, “Whoever leaves the Ashr prayer, all of his deeds are worthless.” In Muslim’s version, it is mentioned that, “As if his family and wealth are gone.” (Narrated by Muslim, part 1, no. 626)

Ibn Abbas said, ‘The meaning of neglected the prayer in this verse is not neglecting it totally, but postpone it from its time.” (See: Al-Kabair, by Al Imam Ad-Dzahabi : 12 ). Look O Brother, may Allah have mercy on us all, just by postponing the prayer from its time, we’re threatened with ghoy (doom). Do you know what the meaning of ghoy is? Ghoy means deviating from the right path, or going astray. Then what do you think about people who totally abandon their prayer?

Ruling of Abandoning the Congregational Prayer

After recognizing the ruling of abandoning prayer, we need to know that the Messenger of Allah had also warned us not to abandon the congregational prayer.

Imam Muslim, Abu Daud, Ibn Maja and At Tirmidhi had narrated from Abu Huraira, he said that the Messenger of Allah said, “Indeed, I will order my servants to gather for me a pile of wood, then I’ll come to people who perform prayer inside their houses without any acceptable excuse, and I’ll burn their houses.” Then it was said to Yazid, and he was a son of a deaf man, “Does it mean in Friday prayer, or other than that?”. He replied, “May my two ears become deaf if I don’t hear Abu Huraira himself narrated it from the Messenger of Allah, and he didn’t mention of Friday prayer, nor the other.”

The Messenger of Allah threatened people who left the congregational prayer that their houses will be burned. He also didn’t spare his attention on certain thing, except in prohibited things. This is a major threat, and none will be scared of it but the righteous and those with pure hearts.

It is narrated from Amr Ibn Maktum, he said, “O Messenger of Allah, I am a troubled man and my house is far (from the mosque). Whereas my guide isn’t able to accompany me all the time, thus, is there any excuse for me to pray at my house?”. He answered, “Do you hear the calling of adhan?”. He replied, “Yes.” The Messenger of Allah replied, “I don’t find any excuse for you.” (Narrated by Ahmad, Abu Daud, Ibn Maja, and Muslim, from Abu Huraira -may Allah be pleased with him- (part 1, no. 653).

The Messenger of Allah didn’t give any excuse for him, even though he was a blind man, whereas Allah has dubbed His messenger as ra’ufur rahim (gentle and loving man). Thus, there is no excuse to abandon the congregational prayer whereas it is possible for a blind man to find difficulties and annoyance on his way. As long as the calling of adhan is heard, there is no excuse for anyone to abandon the congregational prayer. Moreover, today, there are so many loudspeakers and clocks to show the time, thus the excuses become very confined. None of the people today who do not hear the adhan, then what excuse will we give in front of Allah, later in the Hereafter?

Condition of the Pious Predecessors in Their Prayer

One day, Umar Ibn Khattab went out to his garden. When he returned, he found people already finished the Ashr prayer. Thus Umar said to himself, “Inna lillahi wa inna ilaihi raaji’un, I missed the Ashr prayer in congregation. I testify to you, that I donate my garden to the poor as retribution of what (the mistake) Umar did.” (See: Al-Kaba’ir :23 ) .

Ibn Umar said, “If We (the companions) found a man didn’t perform the Isya’ and Fajr prayers in congregation, we would assume him a hypocrite.” (See: Al-Kaba’ir :23 ) .

From Ibn Umar, he said that he was at the market, then the adhan was called, then the merchants closed their stalls and entered the mosque. Then Ibn Umar said, “the verse no. 37 of chapter An Nur/The Light (people whom neither commerce nor striving after profit diverts them from remembering Allah,) was revealed regarding these people. (Narrated by Ibn Abi Hatim, Ibn Jarir, also by Imam As Suyuthi in Durrotul Mantsur part 5/52, see: Tafseer Ibn Katsir part 6/78).

Abu Darda said, “I stand in front of this drawer to trade, I obtain profit of 300 dinars every day, I always attend the congregational prayer at mosque every day. Thus, I don’t say that it is not lawful, but I wish to be one of the people that Allah mentioned in His verse, ” people whom neither commerce nor striving after profit diverts them from remembering Allah,” (chapter An Nur/The Light :37) (Narrated by Ibn Abi Hatim, cited by Imam Suyuthi in his book Durrotul Mantsur part 5/52, see: Tafseer Ibn Katsir part 6/78).