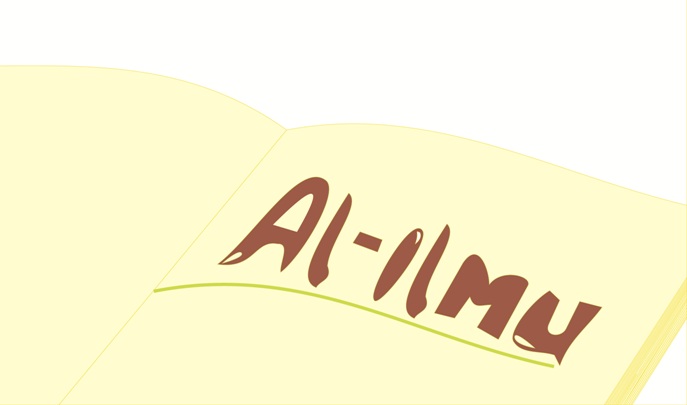 The Forgotten Thing in Seeking for Knowledge [1] We’ve spent years sparing our time in seeking for knowledge. We’ve passed through ups and downs. Reminiscing our past sometimes made us smile, laugh, and cry. This is the life that we’ve must endure. A life as a knowledge seeker. But probably, we often forget about whether the knowledge that we’ve got is the useful one, or vice versa? I remembered a hadith narrated by a companion named Zayd Ibn Arqam -may Allah be pleased with him- that the Messenger of Allah -peace and prayer of Allah be upon him- once said,  ,

“O Allah,verily, I seek Your protection from the useless knowledge, the restless heart, the never-satisfied soul, and rejected prayer.” (Narrated by Muslim, no. 6906, and others with resemblant redaction). Even the Messenger of Allah -peace and prayer of Allah be upon him- who have had received the guarantee of Allah to be the leader of the sons of Adam later in the Hereafter, frequently repeated this supplication, then what about us, who have done uncountable mistakes? Surely, we should always recite it. Knowing the characteristics of the useful and useless knowledge is very important. Therefore, I’ll mention below about several characteristics of the useful and useless knowledge, taken from the work of Al-Hafiz Ibn Rajab Al-Hanbali titled “Bayan Fadhli ‘ilmissalaf ‘ala ‘ilmilkhalaf”. Characteristics of the useful knowledge within a person:

As for the characteristics of the useless knowledge within a person are:

“Whoever seeks knowledge to compete with the scholars, debate the fools, or turn people’s faces to him, then he is preparing his own seat from the Hellfire.” [2] Author: Ustadz Abu Ahmad Said Yai, Lc. MA References:

“O Allah, indeed, I ask from You useful knowledge, good sustenance, and accepted deed. Amin”. [1] An advice that was given in “Al Bashirah”, 28th edition, and in www.muslim.or.id [2] I (the author) have never found the valid narration for this redaction. But there is a similar redaction with it in “Sunan At Tirmidhi” No. 2653 with a good narration, that is: (من طلب العلم ليجاري به العلماء أو ليماري به السفهاء أو يصرف به وجوه الناس إليه أدخله الله النار) Article of www.WhatisQuran.com