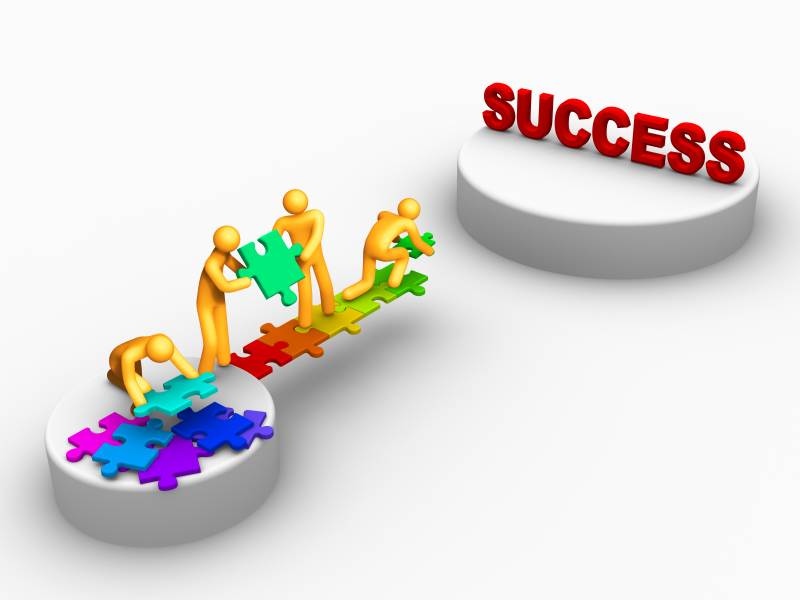 How to Survive from Trials and Tribulations in Life

It was narrated from Al Miqdad Ibn Al Aswad -may Allah be pleased with him-, that the Prophet -peace and prayer of Allah be upon him- said,

“Indeed, a happy person is he who is kept away from tribulation.” [1]

Many people amongst the Islamist activists and the preachers who desire goodness and happiness for themselves and nobleness and glory for the muslims are asking,

“By what means could we attain happiness?”

“How could we procure this noble goal?”

“How could we protect ourselves from many kinds of mischief?”

“How could a muslim be safe from any wrongdoing, danger, and the evil of mischief?”

They ask about it since every muslim who is fond of advising others, and (also as an) Islamist activist wouldn’t want himself and other muslims (to fall into mischiefs) due to

the sense of obligation in his heart to advise himself and other faithful slaves of Allah. Such person has practiced the Prophet’s saying, -peace and prayer of Allah be upon him-”

As a form of advice to himself and to others is for a slave to warn others against the tribulation and to work his best to stay away from it, cleanse himself of it, not to fall into it, and seek Allah’s protection both from the evident and hidden tribulations.

In this occasion, I’d like to emphasize several important points, great foundations, and straight principles, which, if a muslim truly pay his attention to it and apply it in his life, he’ll be hindered from the tribulations – by Allah’s permission-. These noble principles come from Allah’s book, and the sunnah of His prophet -peace and prayer of Allah be upon him-. The principles are as follows:

Verily, the most important thing that could protect a muslim from any evils and the danger of tribulation is to fear Allah the Almighty, and always keep this fear both in the presence of other people or not.

Allah the Glorified and Exalted decreed:

“Allah will find a way out for him who fears Allah, and will provide him sustenance from whence he never even imagined.(QS At-Thalâq/The Divorce 2-3)

What the verse means is that Allah will create for him a way out from all tribulations, trial, and evils in this world and in the Hereafter.

“Allah will create ease for him who fears Allah.” (QS Ath-Thalâq/The Divorce: 4)

and the good ends always come to those who fear Allah.

When a grievous tribulation happened during the time of the tabeen, a group of preachers came to see Thalq Ibn Habib -may Allah have mercy on him-. They said, “A trial has occurred. How could we protect ourselves from it?”. He answered, “By fearing Allah”. They said again, “Please explain to us what is that!”. He said, “Fearing Allah is by obeying Allah, with the light from Allah, wishing for Allah’s mercy, and abandoning immoral acts to Him, with the light from Allah, fearing His chastisement.”

Hence, the God fearing is not just a word that anyone could easily speak of, or a mere testimony. Indeed, the God fearing can only be achieved with earnestness, strive, and attempt of a person to advise himself to always obey Allah’s commands, draw himself closer to Allah by doing anything that pleases Him, particularly by doing the compulsory things in religion and staying away from committing evil doings and transgression. Whoever does all these things, by Allah’s permission, will meet a praiseworthy end and great rewards.

“The sunnah is like the arc of (Prophet) Noah. Whoever goes aboard it will be saved. And whoever abandons it will be doomed and drown.”

Whoever makes the sunnah as his guide in his life, will speak only of wisdoms, be saved from trials and tribulations, and gather in himself two goodnesses; goodness in this world, and in the Hereafter.

There are a sound hadith that came from Al ‘Irbadh Ibn Sariya – that the Prophet -peace and prayer of Allah be upon him- said,

“Indeed, he who lives among you after me will witness so many conflicts. It is mandatory for you to follow my sunnah, and the sunnah of the guided Khulafa ar Rasyidin. Hold fast to it and bite it with your molar teeth. Shun yourself from every innovated matter. Verily, those innovated matters are heresy, and every heresy is astray.” [3]

The only for a person way to survive when there is a dispute and the only way for him to survive from tribulation is by holding fast to the sunnah of the Prophet -peace and prayer of Allah be upon him- and shun himself from every heresy (innovated matter in religion) and carnal desire. It is compulsory for every muslim to make the sunnah as the judge for himself, for everything he does or leaves, for every single of his moves and stillness, his stand and sit, and all of his affairs.

He who does as such, by Allah’s permission, will be preserved and protected from all kinds of evil, calamity, and tribulation. And who doesn’t, in reality, has dragged himself and other people from among Allah’s slaves into the evils.

It was narrated from a noble companion, Abdullah bin Mas’ûd – may Allah be pleased with him-, that he once said, :

“Surely, doubtful things will emerge. It is mandatory for you to take things slowly. Surely, if you become a follower of goodness, it’s better than you as an evil leader. “

A person who takes thing in haste and think just prematurely in handling affairs, far from  being calm and slow, will open for himself and other people from among Allah’s slaves a door to evil and disaster. He will also bear and feel sorry for his sin and will cause a burdensome danger.

It was narrated from Anas Ibn Malik -may Allah be pleased with him-, he said that the Messenger of Allah -peace and prayer of Allah be upon him- said,

Intelligent person will always be careful in looking at the consequences that will happen. He will always be patient, gentle, quiet, unhurried and not in a haste. Surely, haste and rush will lead people who have them as his character to fatal consequences, grievous danger and bad results.

As for feud and dispute, it will certainly drag them to various kind of evils, threatening dangers, and calamity with grievous results.

“The congregation is mercy, whereas dispute is punishment.” [5]

The Prophet – peace and prayer of Allah be upon him – also said,

“It is a must for you to unite in congregation and to avoid division.” [6]

The Prophet -peace and prayer of Allah be upon him- also said, :

“”Allah’s hand is upon the congregation” [7]

And the Prophet -peace and prayer of Allah be upon him- also said,

“Don’t disagree in your opinions. Indeed those before you have disagreed, so they perished.” [8]

The Messenger of Allah -peace and prayer of Allah be upon him- said, :

“The blessing is with the elders among you.” [9]

The blessing is with the elders among us whose “feet” has been “stuck” in learning knowledges, whose time of learning to master those knowledges is very long, thus they posses a prominent position among people, due to the graces that Allah bestow upon them in the forms of knowledge, wisdom, toughness, composure, and carefulness in looking forward to the upcoming results or events. From these kind of people that we are ordered to take and learn our knowledge.

“Whenever they come upon any news bearing upon either security or causing consternation they go about spreading it, whereas if they were to convey it to either the Messenger or to those from among them entrusted with authority, it would come to the knowledge of those who are competent to investigate it.  But for Allah’s bounty and mercy upon you, (weak as you were), all but a few of you would surely have followed Satan.”(QS An-Nisa’/The Women: 83)

He who returns to them (those scholars), will feel safe from the mischiefs and will acquire praiseworthy results.

“(O Muhammad), when My servants ask you about Me, tell them I am quite near; I hear and answer the call of the caller whenever he calls Me. Let them listen to My call and believe in Me; perhaps they will be guided aright.” (QS Al-Baqarah/The Cow: 186)

And we pray to Allah the Exalted with His most beautiful Names and His Exalted Attributes so that He keep the muslims away from the obvious and the hidden tribulations and that He preserve the security and faith of the muslims, and that He protect them from all evils, and that He destine for them good ends in their future and affairs. Verily, He is The Most Holy, The One Who Listen to the prayer of His slaves, He is our only hope, It is enough for us He Who suffice us, and He is The Best One for us to rely ourselves on.

Translated by Abu Ahmad Said Yai, MA from his paper titled “‘Dhawâbithu Litajannubil-Fitan’”. It could be downloaded from his official website www.al-badr.net

[1] Narrated by Abu Dawud no. 4263. Sheikh Al-Albani -may Allah have mercy on hin- classed it valid in his work, “Shahîh Sunan Abî Dâwud”.

[2] Narrated by Muslim no. 55 from Tamim Ad-Dâri -may Allah be pleased with him-.

[6] Narrated by At-Tirmidhi no. 2165 from ‘Umar bin Al-Khaththâb -may Allah be pleased with him-. Sheikh Al-Albani classed it valid in “Shahih Sunan At Tirmidhi” no. 1758.

[7] Narrated by Ibn Abî ‘Âshim in “As-Sunnah” no. 81 from Usâmah Ibn Syarîk -may Allah be pleased with him-. Sheikh Al-Albani -may Allah have mercy on him- classed it valid in “Dzhilâlul-Jannah”.