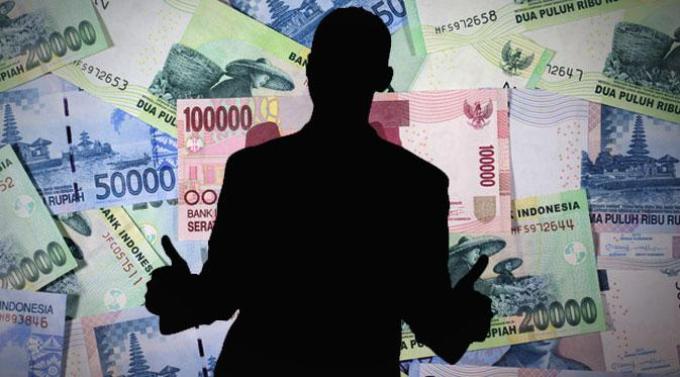 Being Rich without Wealth, is it possible?

The true riches lies not on the amount of wealth, but on the contentment of soul (heart).

The answer will surely be NO. Because the real fact shows that many people who have plenty of wealth and high position still have a life that is far from happiness and flanked by various chronic disease which come from their mind and heart that never rest.

If that so, then how could someone obtain riches, prosperity, and true happiness in life? Find the answer on this following hadith. From Abu Huraira -may Allah be pleased with him- , the Messenger of Allah -peace and prayer of Allah be upon him- said, “Riches is not (achieved) by the amount of wealth, but (the true) richnes is the riches/contentment of soul (heart).” (Narrated by al Bukhari, No. 6081 and Muslim, No. 1051).

This is the answer taken from a hadith of Allah’s messenger, that originally came from Allah’s divine revelation -may He be Glorified and Exalted. The Creator of the universe and all its contents, including the body and soul of mankind. He is The All-Knowing about all conditions of men, including the causes that could help them to reach riches, prosperity, and true happiness in life. Allah the Holy and Exalted declared, which can be translated as,

The hadith above is the strong argumentation, strengthened by real the facts that show how riches and prosperity of one’s heart are the causes of his happiness in life, bodily and soul, although he doesn’t have plenty of wealth.

In another hadith, the Messenger of Allah-peace and prayer of Allah be upon him- said,

It is true that the true riches lies in faith in Allah the Holy and Exalted and by being please with all His givings and wills, that will lead to self-contentment (being content with all provisions that Allah gives). This is the character that will bring great benefit to a slave in this world and in the Hereafter. The Messenger of Allah -peace and prayer of Allah be upon him- said, “Indeed, how lucky is a man who embraced Islam, then got enough provision, and Allah bestow upon him the quality of contentment with the provision that Allah the Holy and Exalted gave to him.” (Narrated by Muslim, No. 1054).

The Meaning of Rich and Poor

What explained in the previous hadith is not something strange, because the true meaning of “rich” is the feeling of contentment and satisfied with whatever we have, and one who is never satisfied and always greedy to seek for money, even though his wealth is already plentiful, is indeed being doomed with a true poverty, since his needs will never be met.

Imam Ibn Baththal said, “The hadith means: The true riches doesn’t lie on the many amount of wealth, since (we could see) that many people whom Allah bestowed upon them plenty of wealth do not feel enough with His giving, thus they always work hard to add their amount of money and they do not care from where does the wealth come from (whether it is obtained through legal or illegal way). Therefore, (by that attitude), they seem like a very poor man due to his over greediness. The true riches is the riches (within) soul (heart), and that is a person who feels enough, content, and please with the provision that Allah bestowed upon him, thus he isn’t too ambitious to find more earning (since he already feels enough) and he isn’t being stubborn to run for it, therefore he resembles a rich man.” (See: “Tuhfatul ahwadzi, (7/35)

Therefore, the real poverty is greediness and over ambition to gain wealth and never feel satisfied with Allah’s provision. Whereas if someone wanted to think with a clear mind: is his greediness and avariciousness will increase or decrease the provision that Allah has ordained for him? The answer is absolutely no, since everything that He has ordained will never be changed, be it increased or decreased.

Even more, his greediness and over ambition in pursuing the worldly adornments that will cause him more pain and misery. The Messenger of Allah -peace and prayer of Allah be upon him- said, “Whoever makes the world as his main goal, Allah will tore apart his affairs and make poverty/the feeling of never enough (always be) with him, whereas he couldn’t get the worldly wealth more than what Allah has ordained for him. And whoever makes the Hereafter as his (main) intention (goal), Allah will unify his affairs, and make riches/the feeling of always being satisfied in his heart, and the worldly wealth will come, humbled to him (worthless in front of him).” (Narrated by Ibn Maja, no. 4105; Ahmad 5/183; ad Darimi no. 229; Ibn Hibban No. 680; etc, with a valid status, and classed valid by Ibn Hibban, al Bushiri, and Sheikh Al Albani).

The conclusion is: the richest man is the one who is the most contented (always be satisfied with the provision that Allah the Holy and Exalted gave to him) and pleased with all His divisions.

The Messenger of Allah – peace and prayer of Allah be upon him- said, “Be please (accept) with the provision that Allah has ordained for you, then you’ll be the richest man (by feeling contented)” (Narrated by at Tirmidhi No. 2305 and Ahmad 2/310; classed good by Sheikh al Albani).

Hope this article be useful for those who take lessons from it.