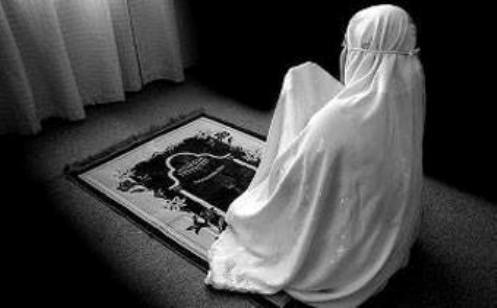 There are many verses that place the pleases of parents after the please of Allah, and the excellence of devotion to parents after the excellence of having faith in Allah. Allah decreed, which can be translated as, ” We enjoined upon man to be dutiful to his parents. His mother bore him in weakness upon weakness, and his weaning lasted two years. (We, therefore, enjoined upon him): “Give thanks to Me and to your parents. To Me is your ultimate return.” (QS. Lukman: 14). Also see chapters al Isra: 23-24, an Nisa:36, al An’am: 151, and al Ankabut: 8.

There are five criteria that implicate the devotion of a child to his parents.

First, he uttered no unpleasant comment upon seeing or smelling odors from his parents. Instead he chose to be patient, and wished for Allah’s rewards by it, as they had been patient with the foul odors from him when he was a small child. He felt no burden nor boredom towards his parents.

Second, he never troubled his parents with upsetting words.

Third, he uttered gentle words politely  to them, that showed his honoring of them. He never called them by name, never spoke with harsh voice in front of them. Never glared sharply to them, but instead, looked at them with soft, modest look. Allah decreed, which can be translated as, “and be humble and tender to them and say: “Lord, show mercy to them as they nurtured me when I was small.” (QS. al-Isra/The Night Journey: 24)

Urwah said that, “If your parents did something that provoke your anger, don’t you glare at them. Because the first sign of one’s anger is by a sharp glance he directed to the object of his anger.

Fourth, he prayed to Allah asked Him to love them both as a return of their love to him.

Fifth, he behaved modestly and humbled himself to them, by obeying their wishes as long as they didn’t order him to do wickedness. He also very eager to give whatever they want as a form of love of children to his parents.

Allah’s order to behave well to parents is a general order, including in matters the children approved or disapproved. It is even written inside the Qur’an that every child must be dutiful to his or her parents, even though they are disbeliever.

“But if they press you to associate others with Me in My Divinity, (to associate) those regarding whom you have no knowledge (that they are My associates), do not obey them.  And yet treat them well in this world, and follow the way of him who turns to Me in devotion. Eventually it is to Me that all of you shall return, and I shall then tell you all that you did.”(QS. Lukman: 15)

To be to A Dutiful Child

There are three requirements that a child must fulfill, to be classified as a dutiful child to his parents.

First, prioritizing the pleases and joys of his parents before his own pleases, and the pleases of his wife, children, and all men.

Second, obeying his parents in everything they order or prohibit, whether he likes it or not. That is as long as they don’t order him to do evil doings.

Third, giving his parents everything he knows that they would like it, before they ask for it. He does it willingly and light-heartedly, while keep bearing in mind that it is nothing, although he give up his life and wealth to them.

The virtues of being a dutiful Child

1. It is among the dearest deed to Allah

2. It is the ticket to enter the Paradise

From Abu Huraira, (he said), I heard the Messenger of Allah -peace and prayer of Allah be upon him- said, “Woe, and woe, and woe.” Someone asked him, “Who is it, O Messenger of Allah?”. The Prophet replied, “One who find his parents or one of them alive in their old age, but he doesn’t enter the Paradise.” (Narrated by Muslim).

From Muawiya Ibn Jahima, from his father, -may Allah be pleased with him- (he said), “I met the Prophet -peace and prayer of Allah be upon him- and talked to him about fighting in Allah’s Cause. The Prophet asked, “Are your parents alive?”. I said, “Yes.” The Prophet said, “Keep close to them. Because indeed the Paradise is under their feet.” (Narrated by Thabrani. Al Mundziri commented that it’s narrational chain is valid).

3. It increases longevity and sustenance

From Salman, (he said), indeed, the Messenger of Allah -peace and prayer of Allah be upon him- said, “Nothing can resist destiny except prayer and nothing can add life except good deeds. ” (Narrated by At Tirmidhi and classed good by Al Albani)

Anas said, “Whoever wants to be given a long life and sustenance should be dutiful to his parents and maintain a close relationship with his relatives. ” (Narrated by Ahmad).

4. It causes all righteous deeds accepted and mistakes pardoned

Allah the Exalted decreed, which can be translated as, “We have enjoined man to be kind to his parents. In pain did his mother bear him and in pain did she give birth to him. The carrying of the child to his weaning is a period of thirty months. And when he is grown to full maturity and reaches the age of forty, he prays: “My Lord, dispose me that I may give thanks for the bounty that You have bestowed upon me and my parents, and dispose me that I may do righteous deeds that would please You, and also make my descendants righteous. I repent to You, and I am one of those who surrender themselves to You.” Such are those from whom We accept their best deeds and whose evil deeds We overlook. They will be among the people of Paradise in consonance with the true promise made to them.” (QS al-Ahqaf: 15-16)

6. It causes Prayer to be Granted and the Trouble loss

Among the indications supporting this point is the story of Ashabul Ghar (Men of cave), about three men that were trapped inside a small cave. One of them was a very dutiful child to his parents.” (Narrated by Bukhari and Muslim).

7. It is more Prominent than Emigrate and Jihad

Feom Abdullah Ibn Amr Ibn al Ash, there was a man who met the Prophet -peace and prayer of Allah be upon him- and said, “I’d like to swear allegiance to emigrate and to fight in Holy Battle, in order to obtain rewards from Allah.” The Prophet asked, “Is one of your parents alive?.” He answered, “Yes, both are alive.” The Prophet asked, “You wish to obtain Allah’s rewards?.” “Yes,” he replied. The Prophet said, ” Go back and see them, and treat them well.” (Narrated by Muslim).

8. The parents will be please and pray for him

If a child is dutiful to both his parents, they would certainly be pleased and it is the sign of their approval of him. And they will pray for him, whereas prayer of the parents must be granted.

There are three people whose prayers are answered, no doubt about that. Those are the prayer of an oppressed one, of a traveller, and of parents for the sake of their children.” (Narrated by Ibn Maja, classed good by al Albani).

9. His children will be dutiful to him too

Dutifulness is like a debt. Thus, as we being dutiful to our parents, our children will be dutiful to is too.

A child who wasn’t dutiful to his parents will be sorry when they are already dead, while he was yet to devote to them.

11. He Will be praised by others

Devotion to parents is a noble character, and one who possesses it will be praised by others. The story of Uwais al Qorni is among the indications of it.

12. It is the character of the Prophets

About John (Yahya) -peace be upon him, Allah the Exalted decreed, which can be translated as, “and cherishing to his parents. Never was he insolent or rebellious.”(QS. Maryam: 14)

About Jesus -peace be on him-, Allah the Exalted decreed, “and has made me dutiful to my mother.  He has not made me oppressive, nor bereft of God’s blessings.” (QS. Maryam: 32)

And about Ismail -peace be upon him-, Allah the Exalted decreed, “and when he was old enough to go about and work with him, (one day) Abraham said to him: “My son, I see in my dream that I am slaughtering you. So consider (and tell me) what you think.” He said: “Do as you are bidden. You will find me, if Allah so wills, among the steadfast.” (QS. ash-Shaffat/Those who set the Ranks: 102)