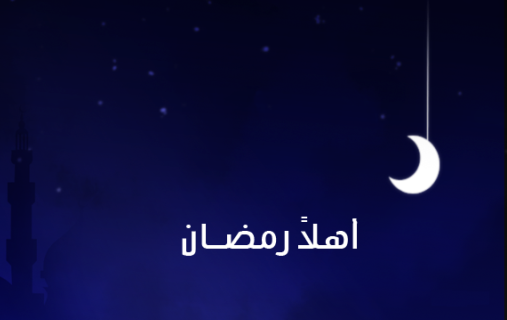 Admonition of Ramadan: Who is the Bankrupt One?

What would you feel, if one day there was man who stole an egg, but it was you whom the people cursed and beat until battered?

You might be furious and apologetic, and I have no idea what would you say in such circumstance.

In the meantime, you heard that the real thief was regarded as a hero, thus he was awarded some prizes, and married to the most beautiful girl in your village?

Before your pain from being the target of people’s rage healed, again you were beaten, being accused of a killing, and before you got better, you found yourself beaten because you were accused of raping a girl.

All happened without anything you could do to defend yourself.

The real hero was humiliated, while the thief was praised and ennobled.

Disappointment, mortification, rage, and confusion united within you.

Now that is just an illustration of what I’m going to tell you next.

Brother, I’m sure that you’ve already known that the life at the field of mahsyar will be truly terrifying, to the extent that people who realized that he had committed plenty of sins are willing to let their mother, father, children, and even all resident of the world to be their ransom from the torments of the Hell.

“although they shall be within sight of one another. The guilty one would fain ransom himself from the torment of that Day by offering his children, and his spouse and his brother, and his kinsfolk who had stood by him, and all persons of the earth, if only he could thus save himself.” (Qs. Al Ma’arij/The Ascending Stairways:  11-14)

I am sure that you are a faithful man, who devoted your time to perform righteous deeds, to pray, to give alms, to fast, to perform pilgrimage, etc.

What would you feel if later on the Hereafter, all of your righteous deeds you’d done during your lifetime are just gone?

During your life, you were able to pile up the rewards of praying in congregation, years of fasting, as well as rewards of zakat, major and minor pilgrimage, and other righteous deeds. But in an instance, all those rewards are removed to others.

on the illustration above you still have the chance to mend your bad luck, but what if it happens on the Hereafter? When will you be able to mend it?

Brother ! Do you know, where does this nightmare come from? The answer is as said by  the Messenger of Allah himself -peace and prayer of Allah be upon him:

“The one who is bankrupt among my followers is the one who will come on the Day of Resurrection with prayer ( Salat ), fasting, and Charity ( Zakat ), but he will come having insulted this one, slandered that one, consumed the wealth of this one, shed the blood of that one and beaten this one. They will each be given from his good deeds, and if his good deeds run out before the scores have been settled, some of their bad deeds will be taken and cast upon him, then he will be thrown into the Fire.” (Narrated by Muslim)

What a tragic fate. I am certain that you don’t want such ill fate to befall on you.

You might be confused and say, “There are plenty of them..” Or you might say, “They are too many of them, who I can’t even remember..”

If so, then you must prepare yourself to face the fate I’ve told you about. Are you ready to face it?

Brother! If you are afraid and aren’t ready to face it, than what should you do to avoid that disaster?

Find the answer in this saying of the Messenger of Allah -peace and prayer of Allah be upon him- below:

“”Whoever committed any oppression to someone, either related to his self-esteem, or other things, should soon settle it with him, before a day came to him where no dinars nor dirham accepted (the Day of Judgement). On that day (When it has already came), if the oppressor has some rewards of his righteous deeds, a ransom will be taken from his rewards as much as the oppression he had committed. And if he has no more rewards from his righteous deeds, the sins of wickedness committed by people whom he oppressed will be taken and he will be charged for those sins.” (Narrated by Bukhari).

This is the only solution to avoid the disaster that I’ve mentioned above.

Brother! Be haste to apologize or to return your brother’s rights, before your end comes.

“(They shall persist in their deeds) until when death comes to anyone of them he will say: “My Lord, send me back to the world. that I have left behind. I am likely to do good.” Nay, it is merely a word that he is uttering. There is a barrier  behind all of them (who are dead) until the Day when they will be raised up.” (QS Al Mu’minuun/The Believers: 99-100).