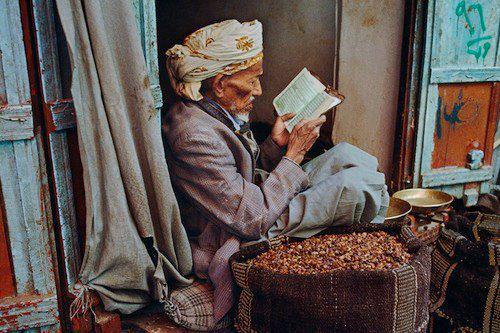 There is a beautiful wisdom revealed by the scholars, about the virtue of the night prayer in Ramadan at the end of the night, compared to the voluntary prayer performed at other time. They said, the end of the night is the time when most of the people were tightly sleeping, thus, the ratio of those who woke up and those who did not would be very small. On such moment, the seeker of Allah’s love and please were stealing the first chances, leaving behind others in obtaining the “bonus rewards” of the Hereafter and even of the world, while most people were snugly sleeping under their blankets.

“”None of the occupants of the earth at this time are waiting the time of this Isha’ prayer but you.” (Narrated in “Shahih Bukhari” , in hadith no. 569, 570) (This hadith also gives hint about the excellence of the companions -may Allah be pleased with them. And a firm argument that supports the opinion stating that congregational prayer on mosque/masjid  is compulsory for men).

Imam Ibn Rajab -may Allah have mercy on him- commented on the hadith by saying,

“It bears a sign of the excellence of being alone in remembering Allah, when none other was remembering Him at that time.” (See: “Lathaa-iful Ma’aarif” by Ibn Rajab page . 251-252)

However, the Prophet didn’t oblige or perform Isha’ prayer on late night time, for he worried that it would burden his followers.

In a hadith about the excellence of fasting on the month of Sha’ban, the Messenger of Allah -peace and prayer of Allah be upon him- explained his reason in doing it,

“The month of Sha’ban was between month Rajab and Ramadan, and most of the people were neglecting it. At that time, (Sha’ban) the slaves’ deeds were lifted and I love to have my deeds weren’t lifted, but while I was fasting.” [A good hadith, see Ash Shahiihah, no. 1898, and “Shahiih Targhiib wat Tarhiib”, no. 1022, by Sheikh al-Albani may Allah have mercy on him- ].

Imam Ibn Rajab -may Allah have mercy on him said, “there is an indication in this hadith about the virtue of righteous deed performed when other people were neglecting it.,” (see: Lathaa-iful Ma’aarif, hal. 251]

The Three Benefits Of Worships when the Heedlessness Dominated

At least, there are three excellent benefits that might be obtained from worshipping Allah at the time of heedlessness. (Summarized from the book “Lathaa-iful Ma’aarif,” pages 252-254):

First: The worship would certainly be hidden, and such hidden, righteous deed is dearly loved to Allah. Even though it would be seen by others, it would just looked as a strange and abnormal thing among the majority of the people who were drowned in negligence of their status; the slaves of Allah. This is the plus point, which shows the strength of the love and sincerity of a slave towards his Creator.

If a sincerity has been planted in one’s heart, it is almost certain that all virtues of sincerity promised in the Qur’an and the saying of His messenger, will be reached.

So was the condition of our predecessors. They really fond of hiding their voluntary deeds so that it would just be a secret between him and Allah. It is narrated that Qatada may Allah have mercy on him- once advised:

“It is suggested for one who fast to wet themselves (to make it fresh) to wash away the shabby impression due to his fast. (so that the deed would still be hidden from men’s eyes.) [cited from Lahtaa-iful Ma’aarif,by. 252]

Second: Rewards of worship performed during the time others were neglecting it were greater than it. The scholars had explained that reward of a deed would be increased along with the greater sacrifice, patience, and effort to do it, as long as those were a natural consequence of it, and not a kind of sacrifice or effort done deliberately” (see: Al-Majmuu’ al-Fataawa: 10/620-622, by Sheikh al Islam Ibn Taimiyya)

The Prophet- peace and prayer of Allah be upon him- hinted this matter in his saying to ‘Aisha -may Allah be pleased with her- when she wished to complete her minor pilgrimage: .

“But the (reward of the) worship depends on the level of your efforts,” (See: Sahih Muslim in hadith no. 1211)

Men’s souls tended to feel burdened to perform righteous deeds at the time when majority of people were enjoying pleasures that diverted them from worship; thus it preferred to enjoy what many others were enjoying.

Think about fasting! On Ramadan, we might said that all muslims performed it without any major difficulties, simply because first, it was from their faith, and second, they were not alone in bearing the hunger and the thirst. But when the time of Shawwal fast came, the voluntary 6 days fast on Shawwal, there were only few of them who continued to perform it. Men’s souls at that time felt heavy to bear the hunger alone,  to obtain Allah’s please, while people around it were celebrating with various foods and cookies. Indeed, this was one of the reason why the reward of the 6 days fast in Shawwal in Allah’s side was so great.

Third: Being alone to pray, while most of the men are drowning in sinful acts and ignorances, may function as a shield that protects against Allah’s wrath that would enclose all of His creations. Allah Himself declared, which can be translated as,

“And were it not that Allah repelled some people with another, the earth would surely be overlaid with mischief. But Allah is Bounteous to the people of the world (and thus extirpates mischief).” (QS Al Baqarah/The Cow:251)

Some scholars -among them was Imam Ibn Rajab -may Allah have mercy on him- interpreted the verse by saying, “what prevented the destruction on earth due to men’s sins was Allah’s mercy upon the obedient who were living among the sinful.” [see: ” Lathaa-iful Ma’aarif” page. 256]

In the past, some predecessors used to say, ,