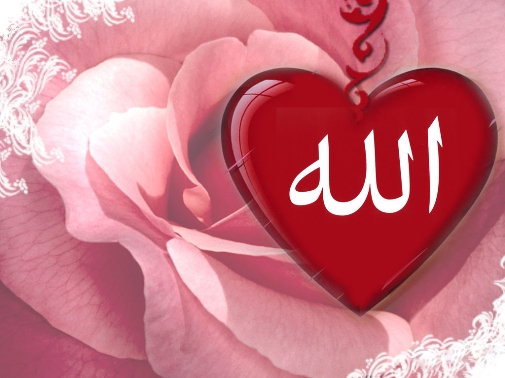 In the name of Allah, The Most Merciful

Indeed, all praises be to Allah, we praise Him, seek His aid, and ask for His forgiven. We also seek refuge from Him, from our own evils and misdeeds. Whoever Allah guides, will be misled by no one, and whoever Allah mislead, will be guided by no one. I testify that none has the right to be worshipped but Allah, He has no associate, and I testify that Muhammad is the slave of Allah and His messenger, may peace and prayer of Allah be upon him. After that:

It is rightful for a believer to behave appropriately to Allah, the Holy and Exalted, due to his existence as His slave, in front of Him.

Below are the attitudes that a believer should possess as the slave of Allah, The Mightiest, the High, his Lord:

1. Associate nothing to Allah the Holy and Exalted

2. Worshipping sincerely to Allah the Holy and Exalted

Sincerity in worshipping is one of the requirement for a worship to be accepted, and the other requirement is that worship, or righteous deed, is in accordance with the guidance of the Messenger of Allah -peace and prayer of Allah be upon him- . And Allah the Holy and Exalted will only accept a sincere, far from popularity-seeking, deed. He decreed, -which can be translated as,

“Say (O Muhammad): “I am no more than a human being like you; one to whom revelation is made: ‘Your Lord is the One and Only God.’ Hence, whoever looks forward to meet his Lord, let him do righteous works, and let him associate none with the worship of his Lord.” (QS. Al Kahfi/The Cave: 110)

3. Being aware of Allah’s supervision

Allah the Holy and Exalted sees every creation of Him. He sees our deeds, hears our words, and knows whatever lies inside our hearts. Thus, a muslim, a believer should always try to obey his Lord and keep away from His prohibitions, whether he is alone or in the crowd. The Prophet -peace and prayer of Allah be upon him- once asked about ihsan. He replied,

“To worship Allah, just as you see Him, and if you don’t, indeed, He sees you. “ (Narrated by Muslim).

4. Seeking for help from Allah the Holy and Exalted

A believer should always ask for guidances and aids from Allah the Holy and Exalted, and be sure that He is The One Who Has Power to give and to hold, thus he will only ask and turn his face to Him. Allah The Holy and Exalted decreed, berfirman:

Also the Messenger of Allah -peace and prayer if Allah be upon him- said, :

“Be mindful of Allah and He will protect you. Be mindful of Allah and you will find Him before you[1]. When you ask, ask Allah, and when you seek aid, seek Allah’s aid. Know that if the entire creation were to gather together to do something to benefit you — you would never get any benefit except that Allah had written for you. And if they were to gather to do something to harm you — you would never be harmed except that Allâh had written for you. The pens are lifted and the pages are dried[2].”’ ( Hasan )[He said:] This Hadith is Hasan Sahih .)

5. Loving Allah the Holy and Exalted

A muslim, a faithful believer, loves his Lord and will not disobey Him. It is said in His decree, which can be translated as.

6. Venerating the symbols of Islam

A muslim venerates Allah’s commands. Thus, he’ll be hasten to obey His commands, and honor His prohibitions hence he’ll avoid it. He will not be lazy and underestimate the worships, since he knows that ennobling the symbols of Allah will increase his piety. Allah the Holy and Exalted decreed, which can be translated as, “Such is the fact. And whoso venerates the sanctity of all that have been ordained as symbols of Allah surely does so because it is part of the true piety of the hearts. “(QS. Al Hajj/The Pilgrimage: 32)

7. Being furious of the transgression of Allah’s prohibitions

A muslim, upon seeing others who committed a sin, or continued to do wrongdoings, will be furious in the cause of Allah, and try to change that form of disobedience. And among the most terrible sin that causes doom or Allah’s wrath, is mocking of Islam, or His Book, or His messenger. A muslim will be angry towards such transgressions, prevent people who committed it, and warn them of Allah’s chastisement.

A muslim resigns him or herself to Allah in every of his or her favors. Allah the Holy and Exalted decreed:

“And will provide him sustenance from whence he never even imagined. Whoever puts his trust in Allah, He shall suffice him. Surely Allah brings about what He decrees; Allah has set a measure for everything.” (QS.Ath Thalaq/The Divorce: 3)

The Messenger of Allah -peace and prayer of Allah be upon him- said, bersabda:

“If you were to rely upon Allâh with the required reliance, then He would provide for you just as the bird is provided for, it goes out in the morning empty, and returns full.” (Narrated by Tirmidzi and Ibn Maja, he said: This Hadith is Hasan Sahih. And classed sahih by Al Albani, see:” Sahih Ibn Maja”)

9. Being pleased with the divine will of Allah The Holy and Exalted

A muslim will be pleased with the divine will of Allah the Holy and Exalted, because it is one of the sign of his or her faith. Thus, he or she will be patient, and not saying as some people said, “Why do You, O my Lord, do this to me?”

A muslim will never oppose Allah’s divine will, rather, he or she will say the words that pleases Allah the Holy and Exalted, as mentioned in the verse below:

“We shall certainly test you by afflicting you with fear, hunger, loss of properties and lives and fruits. Give glad tidings, then, to those who remain patient; those who when any affliction smites them, they say: “Verily, we belong to Allah, and it is to Him that we are destined to return.”[3] Upon them will be the blessings and mercy of their Lord, and it is they who are rightly guided.” (QS. Al Baqarah/The Cow: 155-157)

10. Vowing with Allah’s names only

“Whoever has to take an oath should swear by Allah or keep quiet.” (Narrated by Bukhari)

11. Being grateful to Allah the Holy and Exalted

The graces of Allah upon us are indeed plenty, so plenty that none of us is able to count them. This is the reason why a muslim should be grateful to Allah, thank Allah with his heart; that is by admitting that all of those graces merely coming from Him; with his tongue; that is by praising Allah; and with his body, by performing His commands and avoiding His prohibitions, and using His graces to obey Him. Allah the Holy and Exalted decreed,

Allah the Holy and Exalted decreed,

“Also call to mind when your Lord proclaimed: “If you give thanks, I will certainly grant you more; but if you are ungrateful for My favors, My chastisement is terrible.” (QS. Ibrahim: 7)

Allah the Holy and Exalted decreed, which can be translated as,

“Believers, turn together, all of you, to Allah in repentance that you may attain true success.” (QS. An Nuur/The Light: 31)

“O mankind! Repent to Allah, indeed, I repent to Him 100 times a day.” (Narrated by Muslim)

These are the manners upon which a muslim should behave to Allah, his Lord; being grateful of His graces, feeling shame to Allah, repenting to Him, resigning to Him, wishing for His mercy, fearing His chastisement, being pleased with His divine will, being patient upon calamity that afflicts him, praying to Him only, continuing to mention His names, vowing with His names only, asking for help from Him only, feeling of being watched by Him at all times, and being sincere in performing righteous deeds for Him, whether he is alone or in the crowd.

And Allah knows best, peace and prayer of Allah be upon our prophet Muhammad, and upon his family, his companions, and anyone who are loyal to him.

[1] With His help and protection.
[2] It means that Allah the Exalted has destined every thing and written it down in a book.
[3] The meaning: Surely we belong to Allah and to Him we return. This sentence is called the sentence of istirjaa (statement of returning to Allah). It is suggested to utter it at the time of troubles and calamity, whether the minor of major of it.
[4]. The meaning of “Allahumma’jurnii….and so on” is: “O Allah, reward me for my affliction and compensate me with something better”