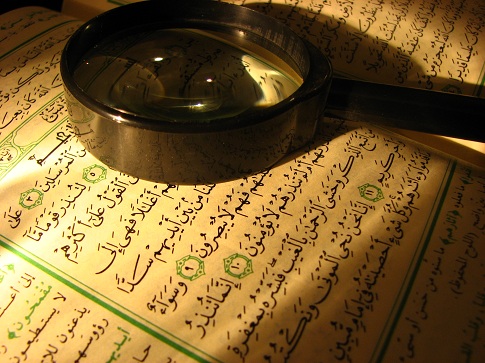 The knowledge of ’Uloom Al-Qur’ân, or ‘The Sciences of the Qur’ân‘, deals with the knowledge of those sciences that have a direct bearing on the recitation, history, understanding and implementation of the Qur’ân. It is, therefore, a vast field of Islamic scholarship, and one that if of primary importance.

There are many benefits to the knowledge of ’Uloom Al-Qur’ân.

Firstly, it enables the reader to realize the wealth of knowledge and insight that exists with regards to the Book of Allâh. As some of the scholars of the past said, “True knowledge is to know one’s ignorance.” Only when a person realizes what he does not know will he appreciate how little he does know.

Secondly, it enables the student of knowledge to better understand the Qur’ân, in that he will be familiar with the history of its revelation and collection, and the various aspects that aids its comprehension. When he reads the books of tafseer, he will be able to understand the terms used, and benefit from the knowledge in them to a greater extent. In other words, he will be equipped to further increase his knowledge and to learn about his religion.

Thirdly, it increase a person’s belief (eemaan), because he will realize the beauty of the Qur’ân and the great blessings that he has been given through its revelation. He will not be fooled by the fallacious claims of its enemies, and his heart with be at ease with regards to its authenticity. He will understand the miraculous nature of the Qur’ân, and thus better cherish the greatest Book that mankind has been given.

Fourthly, he will be able to defend the Qur’ân against his enemies, since he will be equipped with the true and pristine knowledge of the Qur’ân, unadulterated by the prejudices of its opponents.

It is no exaggeration to say that, once a person learns the essentials of his religion and what is required for him to know, the first knowledge he should turn his attention to is the knowledge of the Qur’ân and its sciences. As Allâh says [2] in the Qur’ân,

{{(This is a) Book that We have sent down to you, full of blessings, so that they may ponder over its verses, and that men of understanding may remember.}} (Quran, 38:29)

The History of ’Uloom al-Qur’ân

{{Those who believe and do not mix their belief with injustice, only they will have security, and they are guided.}} (Quran, 6:82)

They asked, “O Messenger of Allâh! Who amongst us does not do injustice (to his soul)?” They had understood that the verse was referring to those believers who did not commit any injustice, or sin. The Prophet Muhammad (sallallaahu ‘alayhi wa sallam) replied that the injustice referred to this verse was shirk, or the association of partners with Allâh. [3]

Such was the enthusiasm of the Companions in seeking this knowledge that they were able to not only explain any verse in the Qur’ân, but also give its history and the cause of its revelation.

Ibn Mas’ood said, “I swear by Allâh, besides whom there is no other god, there is no soorah in the Qur’ân except that I know where it was revealed! And there is not a single verse in the Qur’ân except that I know the reason behind its revelation! If there were any person that knew more about the Qur’an than I did, and it was possible for me to reach him, I would ride (on my camel) towards him (to get his knowledge.” [4]

Thus the knowledge of the Qur’ân was passed on ‘…by the trustworthy (scholars) of the ummah, who protected it from the alteration of the heretics, the false claims of the liars, and the false interpretations of the ignorant.’ [7]

Early scholars did not write on ’Uloom Al-Qur’ân in general, but rather wrote separate tracts on each science of the Qur’ân. This was due to the fact that, during the early stages of Islamic history, the oral transmission of knowledge occupied a more important status that the written transmission. In addition, the general level of knowledge was high, and did not warrant the extensive writing down of knowledge.

The first and most important of the topics to be written on was tafseer. For example, each of the following scholars wrote a tafseer of the Qur’ân, composed of statements from the Prophet Muhammad (sallallaahu ‘alayhi wa sallam) and the Companions: Sufyaan ath-Thawree (d.161 A.H.), Sufyaan ibn ’Uyaynah (d.198 A.H.), Wakee’ ibn al-Jaraah (d.197 A.H.), and Shu’bah ibn al-Hajjaaj (d.160 A.H.).

Following his predecessor’s footsteps, Muhammad ibn Jareer at–Tabaree (d.310 A.H.) wrote the monumental Jaami’ al-Bayaan ’an Ta’weel aay al-Qur’ân, a tafseer that all later scholars who benefit from. Other early tafseers were written by Aboo Bakr ibn Mundhir an-Naysabooree (d. 318 A.H.), Ibn Abee Haatim (d.328 A.H.), Ibn Hibbaan (d.369 A.H.), al-Haakim (d.405 A.H.) and Ibn Mardawayh (d.410 A.H.). All of these tafseers were based on reports from the Prophet Muhammad (sallallaahu ‘alayhi wa sallam) and the Companions and Successors, and included the chains of narration (isnaad) of the reports.

After the books of tafseer followed a plethora of books on the other sciences of the Qur’ân: ’Alee al-Madeenee (d.234 A.H.), the teacher of Imaam al-Bukhari, wrote a book on Asbaab an-Nuzool; Aboo ’Ubayd al-Qaasim ibn Sallaam (d.224 A.H) wrote two books, one on the science of the Qira’aat (which was one of the first of its kind), and one on abrogation in the Qur’ân, Naasikh wa al-Mansookh; Ibn Qutaybah (d.276 A.H.) wrote a book on rare words in the Qur’ân, Mushkil al-Qur’ân;

It must also be mentioned that, in addition to these books, many of the books of ahadith, such as the Saheehs of al-Bukhari and Muslim, included sections on various topics of ’Uloom Al-Qur’ân. For example, most of the books of the Sunnah have chapters on the tafseer of the Qur’ân, the benefits of reciting the Qur’ân, the history of its compilation, and other topics.

Finally, the scholars of the later generations started compiling all of these sciences into one book, and thus began the era of the classic works on ’Uloom Al-Qur’ân. The first works of this nature were actually meant to be works of tafseer. One of the first works that is reported in later references (but is not extant) is that of Aboo Bakr Muhammad ibn Khalaf ibn al-Marzaban (d.309 A.H.), entitled ‘al-Haawee fee ’Uloom Al-Qur’ân.’ [8] Another work, of which manuscript copies of fifteen of a total of thirty volumes are extant, is that of ’Alee ibn Ibraheem Sa’eed (d.330 A.H.), otherwise knows as al-Hoofee, which he entitled, ‘Al-Burhaan fee ’Uloom Al-Qur’ân‘. This book is primarily one on tafseer, but also discusses all related aspects of a verse. So, for example, after each portion of the Qur’ân, it includes information about the verses’ meaning, its interpretation, its purpose of revelation, its proper method of recitation, the different qira’aat of the verses and how they affect the meaning, where to stop and where not to, and so forth. This work is considered to be the first of its kind in its expansive approach to all the related sciences of the Qur’ân. [9]

Books on ’Uloom Al-Qur’ân continued to appear throughout the centuries, [10] and these last few decades have been no exception. The better know books of this era have been Manaahil al-’Irfaan fee ’Uloom al-Qur’ân by Shaykh Muhammad ’Abd al-Adheem az-Zarqaanee; al-Madhkhal li Dirasaat al-Qur’ân al-Kareem by Muhammad Aboo Shahmah; and the two books, both of which are entitled Mabaahith fee ’Uloom Al-Qur’ân, one by Dr. Subhee Saalih and the other by Dr. Mannaa’ al-Qattaan.

Unfortunately, there does not seem to be great interest in English circles concerning this topic. Other topics, such as hadeeth and fiqh, have been given greater attention. [11] In English, the only work present [12] is Ahmed Von Denffer’s book, ’Uloom Al-Qur’ân: An Introduction to the Sciences of the Qur’ân. [13] It is a useful book in that it presents a summary of many concepts of ’Uloom Al-Qur’ân, and is meant for a young adult audience. However, probably due to the nature of the audience, the author does not go into great detail.

by Abu Ammar Yasir al-Qadhi
Chapter 1 from “An Introduction to the Sciences of the Qur’ân”
Islamic Propagation Office in Rabwah, Riyadh