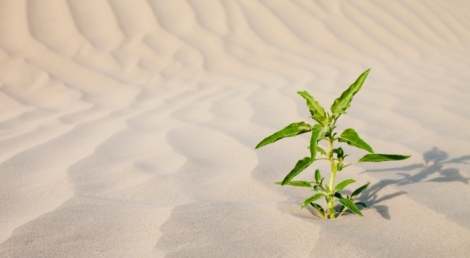 No doubt that all parents would wish their offsprings to be pious children, being dutiful to their parents in their life, and pray for them after they passed away. And none will be able to reach it, but by referring back to the Book of Allah and the guidance of His messenger, and practicing it in daily life, educating children based on it, growing loves in the heart of the children towards Allah and His messenger, and making them accustomed to living upon Islamic guidances.

Effort to create and shape pious children is indeed uneasy, and filled with twists and turns. But parents who look up into Islamic teaching and it’s guidance, will be able to see the marks, the path, to realize that dream of having pious children. The marks aren’t started after the childbirth, instead, it starts before it, and even before one enter the marriage life.

Below are among the marks, the guidance one who wishes to have pious children should undergoes:

A man should choose a wife who recognizes her obligations to her Lord, to her husband, and to her children; a pious woman. The Messenger of Allah -peace and prayer of Allah be upon him- once said,

“A woman is married for four (things), i.e. her wealth, her family status, her beauty and her religion. So you should take possession of (marry) the religious woman (otherwise) you will be a loser.” (Narrated by Bukhari and Muslim)

A wife, as a mother, will have a great influence over her children’s personality. If she is a pious lady, it is highly likely that her children will be pious as her. And vice versa, if she is of an evil lady, her children is will probably influenced too.

Prayer holds a vital role in the educational process of a child, since by it, Allah will grant wishes and hopes, as we can see everywhere. Don’t you take a lesson from Prophet Abraham -peace be upon him-?, when he invoked his Lord,

“Lord, grant me a righteous son.”

“If anyone of you, when having sexual intercourse with his wife, says: Bismillâh, Allâhumma jannibni sh – Sh aitân wa jannibi sh – Sh aitan ma razaqtanâ (Meaning: By Allah, please keep away the satan from us and keep away the satan from the sustenance that You give us), and if it is destined that they should have a child, then Satan will never be able to harm him.” (Narrated by Bukhari and Muslim).

4. Giving A Child’s right at birth

Among those rights of a child are:

It is suggested to give tahnik to newly born child and pray for blessing for them, just as the Prophet -peace and prayer of Allah be upon him- used to do. Tahnik means one chew an amount of dates, and smear it on the roof of a child’s mouth with his or her hand; or, with another sweets if there’s no dates. And it is suggested that one doing it is a pious man.

Abu Musa said, “A son was born to me and I took him to the Prophet -peace and prayer of Allah be upon him- who named him Ibrahim, did Tahnik for him with a date, invoked Allah to bless him and returned him to me. That was Abu Musâ’s eldest son.” (Narrated by Bukhari).

– Choosing a good name for the child.

– Shaving the child’s hair at the seventh day after the childbirth.

After that, the hair should be weighed and donated in the form of silver that equals the weight of that hair. It is forbidden to shave the child’s hair in the style of qaza’, that is to shave a part of hair and leave the rest of it unshaved.

– Celebrating aqiqa for the child

Aqiqa means a slaughtering to mark the childbirth; two goats should be slaughtered for the birth of a boy (it is better to for the goats to be equal in it’s age), and a goat for a girl. Aqiqa is done on the seventh day after the childbirth.

Circumcise is for boys as well as girls, on the seventh day after the childbirth, or later. Ibnul Qayyim once said, “A guardian should not let his child to be uncircumcised until he or she be of age.”

– Invoking blessing for the child

“I seek refuge by the Allah’s words for you, from every evil and owls and the effect of evil eye.” (Narrated by Bukhari)

It is better to nurse the child for a complete two-years period. (See: chapter Al Baqara/The Cow: 233)

5. Educating the child by Islamic guidances

This is the most prominent right of a child that must be given by a father; that is to teach his child the Qur’an and sunnah, so that the child will recognize his or her obligations, the aim of his or her life, and worship Allah correctly. Allah the Holy and Exalted decreed,

“Believers, guard yourselves and your kindred against a Fire.” (QS. At Tahrim: 6)

‘Ali Ibn Abi Thalib -may Allah pleased with him- said, “Teach them knowledge (of religion) and manners.”

The example of Islamic education is to teach children as the way Luqman used to teach his child,

“And call to mind when Luqman said to his son while exhorting him: “My son, do not associate others with Allah in His Divinity. Surely, associating others with Allah in His Divinity is a mighty wrong.” (13) We enjoined upon man to be dutiful to his parents. His mother bore him in weakness upon weakness, and his weaning lasted two years. (We, therefore, enjoined upon him): “Give thanks to Me and to your parents. To Me is your ultimate return. (14) But if they press you to associate others with Me in My Divinity, (to associate) those regarding whom you have no knowledge (that they are My associates), do not obey them. And yet treat them well in this world, and follow the way of him who turns to Me in devotion. Eventually it is to Me that all of you shall return, and I shall then tell you all that you did.” (15)

And Luqman continued to advise his child,

(Luqman said): “Son, Allah will bring forth everything even if it be as small as the grain of a mustard seed even though it be hidden inside a rock or (anywhere) in the heavens or earth. Allah is Most Subtle, All-Aware. (16) Son, establish Prayer, enjoin all that is good and forbid all that is evil, and endure with patience whatever affliction befalls you. Surely these have been emphatically enjoined. (17) Do not (contemptuously) turn your face away from people, nor tread haughtily upon earth. Allah does not love the arrogant and the vainglorious. (18) (QS. Luqman: 12-18)”

6. For parents to have noble manners

A child usually imitate his or her parents behavior. Thus, parents should have noble manners too, and they should not show evil manners to their child because the child will follow their example. Parents should always remember the saying of the Messenger of Allah -peace and prayer of Allah be upon him-:

7. Teaching the child the basic knowledge of Islam

That is by introducing tawheed to the child, introducing the foundations of Islamic credo, such as the six pillars of faith and it’s meaning, also the pillars of Islam, such as the meaning of the testimony (syahadah), the compulsory prayers, zakat, fast, and pilgrimage to Mecca (the hajj).

8. Growing the child’s love and fondness to Allah and His messenger

That is by taking them to observe the great graces and sustenances Allah has given to him or her. For example, while eating together, a father asks his child, “O my child, do you know who is the Giver of these foods?” The child replies “Who is it, Father?” The father answers, “Allah. He is The One who bestow upon us and upon all men sustenances.”

By this way, inshaa Allah, a child will start to love Allah deep in his or her heart.

As for the way to grow love of a child to the Allah’s messenger -peace and prayer of Allah be upon him-, is by telling them the life story or history of him, his manners, and the like.

9. Growing the feeling of being watched by Allah in the child’s heart

The Messenger of Allah -peace and prayer of Allah be upon him- said, ,

11. Training the child to do the Ramadan fasts

Rubayyi’ bint Mu’awwidz once said, The Messenger of Allah -peace and prayer of Allah be upon him- sent word to the villages of the Ansar around Al-Madînah, saying: ‘Whoever started the day fasting, let him complete his fast, and whoever started the day not fasting, let him complete the rest of the day (without food).’ After that, we used to fast on this day, and we would make our children fast too, even the little ones if Allah wills. And we used to take them to the Masjid. We would make them toys out of wool, and if one of them cried for food, we would give (that toy) to him until it was time to break the fast.” (Narrated by Muslim)

12. Teaching the child to ask for permission upon entering parent’s room

Islam guides the parents to teach their child to ask for permission upon entering parents’ room, particularly in three occasions: before the Fajr prayer, after the zuhr prayer (during the nap time), and after the Isha’ prayer. (See: chapter An Nuur/The Light: 58)

13. Choosing good friend or environment for the child

“A man follows the religion of his close friend, so let one of you look at whom he takes as his close friend.” (Narrated by Abu Dawud, and At Tirmidzi. See also: Shahihul Jaami’ no. 3545)

14. Making the child to get use to Islamic mannerism

16. Being fair to the child

The example of unfair treatment to children is a father giving more to one of his child than to his other child. Such treatment is forbidden unless it is aimed to help the child because of his or her weakness or lack of money, with a requirement that the parents should intend to give the same to other child if they have similar condition. Regarding an unfair gifts to children, the Messenger of Allah -peace and prayer of Allah be upon him- said,

“Don’t you like all of them to be devoted to you?” (Narrated by Ahmad and Muslim)

17. Responding the Bad Attitudes of The child

That is, for a father to be responsive to such attitude and do not let it to grow in his offsprings. If he doesn’t respond it appropriately, the child will be accustomed to it, and if it already happened, it’ll be very difficult to treat.