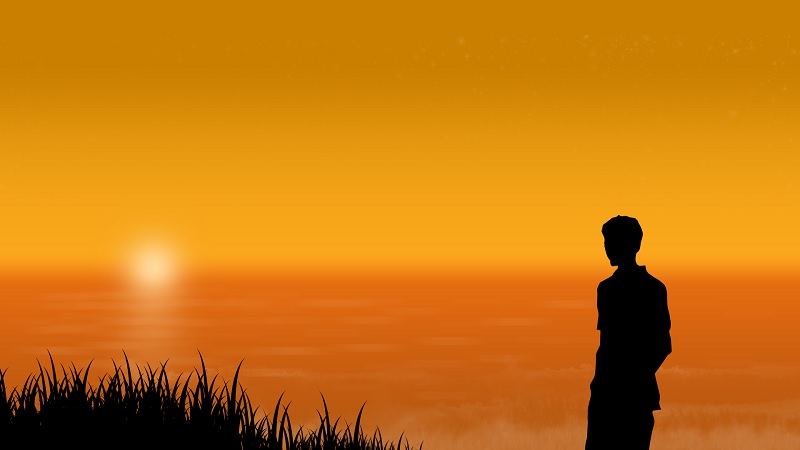 Are you currently been upset and want to explode? There’s nothing you should do, except be quiet. Yes, be quiet. You just need to restrain your self whenever your upset and anger culminates. Hold your tongue and body parts from venting that frustration in a wrong way. Below is the supplication that you could read at such condition.

Being angry and upset or irritated are natural characteristics of human being. Anyone could be angry and irritated, and it is very common thing to happen. But what extraordinary is to restrain those feelings of upset and anger when it comes. Surely it is not a piece of cake. Whoever capable of doing it will be rewarded with great rewards. Hold your anger, and you’ll get the promised excellence.

People who are able to restrain his upset and anger are included in the group of muhsinin that is beloved to Allah. One of the criteria of muhsinin is as in the verse:

“who spend in the way of Allah both in affluence and hardship, who restrain their anger, and forgive others. Allah loves such good-doers.” (QS. Ali Imron/The Family of Imran : 134)

A person who managed to restrain his anger, will be granted with great reward in the Hereafter. A very tempting reward. Would you like to know?. Read carefully a hadith below, that was classified as good hadith by Imam At Tirmidhi and Sheikh Al Albani,  ,

“Whoever restrains his anger, whereas he is able to vent it out, Allah will call him later in front of all mankind in the Hereafter, so that he can freely choose which virgin that he likes!” (Narrated by Abu Dawud, Tirmidhi, and Ibn Maja)

Great, isn’ it? You don’t have to do this or that to achieve this great and magnificent reward, no! In fact there’s no specific action for you to do, since all you need to do is be quiet. You just need to restrain yourself when your apprehension and anger reaches its peak. Hold your tongue and your body from venting it out in a wrong way.

Be angry in a correct way!

You may vent out your anger, but through the right way. How is that? Below are several supplications to recite, which, by Allah’s permission, will be useful to reduce your anger.

Firstly, recite the taawwudz immediately. One of the companions who joined the battle of Badr, named Sulayman Ibn Shurad narrated, “I’ve ever sit with the Prophet -peace and prayer of Allah be upon him- when there were two people yelling at each other. One of them was so angry that his eyes were red and his neck veins protruded. The Messenger of Allah said, “I know a supplication, which, if read it, he’ll lose what he feels right now. Had he said, (أعوذ بالله من الشيطان الرجيم), “I seek protection of Allah from the cursed satan”, then he’ll loose what he feels.” (Narrated by Bukhari no. 3282 and Muslim no. 2610).

This hadith also pointed out that anger comes from satan, thus when we feel upset and angry, we are told to seek protection from his temptation. As for the suggestion to perform ablution, it is given because water could extinguish the fire that is the origin of satan. Thus the status of that hadith is weak, although its meaning might be true. It means that although that way is effective to reduce the anger, we are still not allowed to attribute it to the Messenger of Allah because all of its narrations revolves around two unknown narrators (Refer to: Silsilah Hadits Dha’if No 582)

Secondly, in the life story of the Messenger of Allah, it is told that he ever went through a very upsetting and disappointing situation. Even according to him, that situation, was hurter than what he underwent at the battle of Uhud. Whereas in that battle, he suffered from major wounds; his incisor teeth was broken, his face was injured by a slash of a blade, an iron chain was buried inside one of his cheek, and his shoulder was aching until a month from that battle. Not to mention the sadness that we felt due to the death of his uncle, Hamza, who died in terrible condition.

However, he still had a more upsetting situation that that battle. It was when he went to Thaif to persuade the public figures of that town to embrace Islam. His enjoin was not accepted, nor was it rejected gently. Instead, the residents of that town made him as the object of their mocking and he was expelled after the children of Thaif threw stones to him thus his heels soaking with blood. (Refer to: The Seerah of Ibn Hisham, 1/419-420 and “Ar-Rahiequl Makhtum”, page 100)

Imagine, how upset and disappointed he was at that time! Had it happened to us, whose faith is weak, we would certainly explode and swears, or suffer from major distress and depression.

What was the great supplication that the Messenger of Allah recited, thus he was able to overcome those pains? He said,

“O Allah, to You I complain of my weakness and lowness in the human’s eyes, O The One Who is The Most Compassionate, Most Merciful. To whom will You give me away? To the distant ones who are harsh and surly to me? Or to the near ones whom You let to overpower me? As long as You do not angry to me, I don’ care. I repent to Thee of all my mistakes, that You be pleased. There is no power nor strength but from You. I seek protection with the light of Your noble face, that enlightens the heavens, and erases all darkness, and mend all affairs of the world and Hereafter;  so that Your wrath and anger will not come upon me.” (Narrated by Dhiya’uddien Al-Maqdisi in “Al-Ahadietsul Mukhtaarah”, 9/180-181)

This is a very famous story in the life story of the Prophet. Even though there is a little  weakness in its narrational chain. But the famousness itself is enough to be a factor that strengthen it. Moreover, a part of this supplication became the favorite supplication of Ibn Mas’ud, as revealed by Ibn Abi Syaiba in his work, “Mushannaf” (no. 29528), from Ma’an Ibn Abdirrahman bin Abdillah bin Mas’ud, that Abdullah Ibn Mas’ud, (his grandfather), often said to pray,

“” O Allah, please help me in facing the fearsome of the world, the evil of time, and calamities that comes day and night. Suffice me from the unjust actions of people on earth. O Allah, please accompany me in my journey, and be my replacement when I settled.  Make me love Thee and be respected by man. Call me at Thy side, and bow myself to Thee.Take away from me reproach temperament. O Merciful One, to whom you have given myself? You are my Lord, to the distant who are being harsh and surly to me; or to the near whom You trust my affair in him? (The narrational chain of this story is disconnected, because Ma’an never heard directly from his grandfather, Ibn Mas’ud. However, one certainly knew more about what happened to his family, thus the weakness of this story is still tolerable. And Allah knows best).