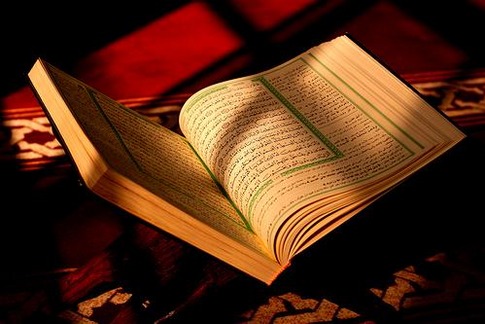 There are three opinions upon this matter:

First, the Hanbali scholars (the ones who follow the method of Ahmad Ibn Hanbal in learning and deciding legal verdicts in Islam jurisdiction) stated that such trade is not permitted in shari’a, and the transaction supposed to be illegal.

From Ibn Umar, he said that, “I wish to witness the mutilation of hands due to (their) trading of mushaf.” (Recorded by Ibn Abi Syaiba, no. 20209; but the status is weak due to a narrator named Laits Ibn Salim)

Ibn Umar’s wish as stated above indicated that according to him, selling and buying mushaf was illegal.

Second, according to the Shafii scholars, and also one opinion of Imam Ahmad, it is legal to sell and buy mushaf Al Qur’an, but the transaction itself is detested.

Narrated by Mujahid, from Ibn Abbas, he said: “It is allowed to sell mushaf and the profit is used to buy a better one. It is fine to exchange mushaf with mushaf”. Thus, Ibn Abbas allowed to sell and buy (mushaf) Al Qur’an. (Recorded by Bukhari in Khalq Af’alil ‘Ibad, no. 234; the status is weak since there was a narrator named Laits Ibn Salim Al Laitsi)

From Ziyad, ex-servant of Sa’ad, he told that once he asked Ibn Abbas and Marwan Ibn Al Hakam about the trading of mushaf Al Qur’an in business. Both of them answered, “We do not allow the mushaf as commodity for trading, but the one made by your own hand is permitted for you to sell.” (Recorded by Baihaqi, in Sunan Kubra, no. 10847; the status is weak)

Based on two narrations above, it can be concluded that Ibn Abbas didn’t allow the trading generally, but with condition, not to trade it as a mere commodity. This conclusion showed that it is allowed to sell and buy mushaf, but it will be better to avoid such trade (means: detested/makruh)

Third, from Maliki scholars, several Shafii, and one opinion of Imam Ahmad, they argued that such trade was legal and not detested.

This is the strongest stance, and and also the opinion chosen by Ibn Uthaymeen. The reason is that the basic ruling for trade is legal, and in this case, there were no valid nor exact sayings which stated that this kind of trading is illegal. And both narrations recorded from Ibn Umar and Ibn Abbas as previously mentioned, were weak in status, hence invalid to be applied in such case.

Despite that, banning such transaction will avoid people from reciting Al Qur’an, or trouble them to possess it, because most of the people would hardly give their mushaf to others for free. (Summarized and restructured from “Ighatsah Al Jumu‘, page 46-50)