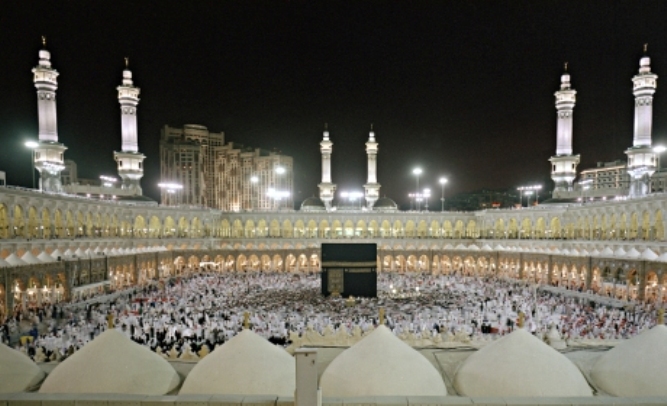 The boundaries of The Haram Land Of Mecca

“The Haram Land” is a part of the city of Mecca that possesses some excellences. Among which is for the people in the ihram state, i.e. intending to perform the major or minor pilgrimage, it is a must to accomplish all compulsory requirements of ihram before he crossed the boundaries of the Haram Land. Likewise, the trees and animals of the Haram Land are forbidden to be harmed. These are parts of blessings that Allah had bestowed upon the Kaaba and the land around it. Whoever enters it, will be given a guarantee of security, including the animals and plants inside it. Allah decreed,

The first man to set the borders of the Haram Land was Prophet Ibrahim (Abraham), peace be upon him. He set the borders with a guidance from the Angel Gabriel. These borders were untouched until the time of the Messenger of Allah -peace and prayer of Allah be upon him-. At the conquest of Mecca, the Prophet -peace and prayer of Allah be upon him- delegated Tamim Ibn Asad Al Khuza’i to renew those borders. Finally, the time of Umar Ibn Khattab -may Allah be pleased with him- became the caliph, he ordered four men of Quraish to renew those borders.

Today, the borders are built in the form large gates at the main roads to the city of Mecca. (See: “Akhbar Makkah” by Al Azraqi, 2:406)

Here are the boundaries of the Haram Land today: