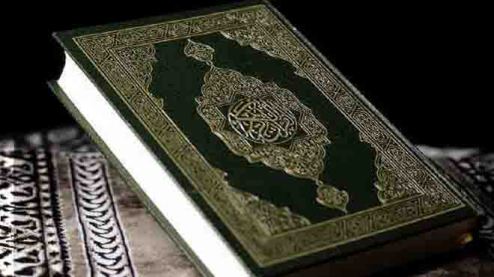 Admonition of Ramadan: How do we Celebrate the Nuzulul Qur’an?

Dear brother! Every year, to be exact in every Ramadan, some muslims around us celebrate and commemorate a historical event that had changed the history of mankind.  It is probable that you are among those who celebrate it. Do you know what event that I mean?

It was the Nuzul al Qur’an; the night when the whole Qur’an was revealed from the Well-guarded Tablet in the seventh sky, to the House of Honor in the world sky, took place.

“During the month of Ramadan the Qur’an was sent down as a guidance to the people with Clear Signs of the true guidance and as the Criterion (between right and wrong). So those of you who live to see that month should fast it, and whoever is sick or on a journey should fast the same number of other days instead. Allah wants ease and not hardship for you so that you may complete the number of days required, magnify Allah for what He has guided you to, and give thanks to Him.” (Qs. Al Baqarah/The Cow: 185)

People celebrate this revelation of the Qur’an by holding various programs such as general lesson, art performance – singing, and the likes-, and not uncommon, by holding a feast.

But have you ever question: how did the Messenger of Allah -peace and prayer of Allah be upon him-, his companions, and the past scholars after them celebrate this event?

To get the answer, read the words of Abdullah Ibn ‘Abbas -may Allah be pleased with him- about the Messenger’s deed:

“”Angel Gabriel always met the Messenger of Allah -peace and prayer of Allah be upon him- on every night of Ramadan, and he read the Qur’an with him.” (Narrated by Bukhari)

Read the narration of Hudzaifa -may Allah be pleased with him- about his experience in performing the night prayer with the Messenger of Allah -peace and prayer of Allah be upon him-.

“One Ramadan night, I prayed with the Messenger of Allah -peace and prayer of Allah be upon him- in a small room made of the palm frond. He started by reciting takbeer, and then recited:

That was how the Messenger of Allah -peace and prayer of Allah be upon him- commemorated the revelation of the Qur’an in Ramadan, he read it with profound appreciation of it’s meanings. He didn’t merely learn it, but also recited it a lot in his prayers, to the extent that in one rak’ah, he read chapters Al Baqara, Ali Imran, and An Nisa’, or more than 5 juz (parts) of it.

That was how the Messenger of Allah -peace and prayer of Allah be upon him- did during Ramadan, and that was how he commemorated the revelation of the Qur’an. He didn’t throw any feast, moreover art performance, singings, plays, or dancings.

Compare what he did, with what you did. Have you seen the large gap between them?

Don’t you also want to know, what did the past scholars do in month Ramadan?

Imam Ash Shafi’i completed his Qur’an recitation about sixty times in every Ramadan.

You claim that you are the follower of Imam Ash Shafi’i? Now this was his example. No art shows, feast, or any other wasteful thing, but all his time were spent by reciting and thinking about the Qur’an.

Prove it, Brother, that you are truly the true follower of Shafi’i.

Al Aswan An Nakha’i completed the recitation of Qur’an in every two nights.

That was how example of the past time scholars in commemorating the revelation of the Qur’an, without any parties, feasts, or worse -may Allah protect us from it- art performance, dancing, and singing.

They are the kind of men that Allah the Exalted mentioned in His verse:

“Allah has revealed the best teaching, a self-consistent Book which repeats its contents in manifold forms whereat shiver the skins of those that hold their Lord in awe, and then their skins and their hearts soften for Allah’s remembrance. That is Allah’s Guidance wherewith He guides whosoever He pleases. And he whom Allah does not guide to the Right Path has none to guide him.” (Qs. Az Zumar/The Troops: 23)

“The true believers are those who, when Allah’s name is mentioned, their hearts quake, and when His verses are recited to them their faith grows, and who put their trust in their Lord, who establish Prayer and spend out of what We have provided them. Such indeed are true believers. They have high ranks with their Lord and forgiveness for their sins and an honorable sustenance.” (Qs. Al Anfaal/The Spoils of War: 2-4)

As for us, we could only wish and wait for Allah’s mercy. How often did we read or listen to the verses of Qur’an but it didn’t seem to leave any traces at all. Heart felt stiff, and hard, as hard as rocks. Faith never increase, even continually eroded by immorality. And our lives are so far away from the remembrance of Allah.

Brother! Will we keep indulge ourselves in such condition? Are we satisfied enough by lying to ourselves? We admitted that we love and believe in the Qur’an, and that love and faith we presented in the form of dancings, singings, and feasts?

When will we be able to prove our love and faith to the Qur’an by reciting it, learning about it’s contents, and realize it’s teachings?

Isn’t it the tim for us to transform the celebration of Qur’an revelation from the art show to recitation and application of it’s teachings in the real life?