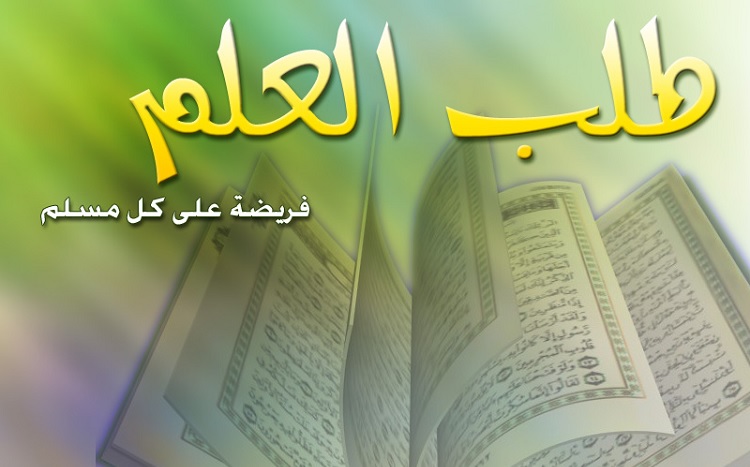 The Urgency of Religious Knowledge

All praises be to Allah. I testify that none has the right to be worshipped but Allah and that Muhammad is His messenger. Peace and prayer of Allah be upon him, his family, his companions, and everyone who follows his guide until the Last Day.

Undoubtedly, knowledge about shari’a is the most needed thing in every muslim’s life. As human body needs nutrition from food, their heart needs the light of faith and it will only come from this kind of knowledge. A person who has knowledge about his religion will be able to differentiate the beneficial thing for him from the useless. The Messenger of Allah -peace and prayer of Allah be upon him- said,

“Whoever Allah wishes goodness for him, He’ll make him understand about his religion.” (Narrated by Bukhari and Muslim).

The Position and Virtue of Religious Knowledge

Religious knowledge has several great virtues to human being, and to Allah’s sight. Among those virtues and noble position it has are:

It raises a slave’s position

Know, O brother, that if you have some knowledge regarding your religion, Allah will raise your degree in His sight, and in His slaves’ sight, although you are not son of a king nor an official.

“Allah will raise to high ranks those of you who believe and are endowed with knowledge. Allah is well aware of all that you do.” (Chapter Al-Mujadilah:11)

It is the prophets’ inheritance

Allah’s messenger had died. However, he had left a tremendous inheritance for his followers. It is none other than the religious knowledge. By this inheritance, muslims will reach victories and happiness in this world and in the Hereafter. The Messenger of Allah -peace and prayer of Allah be upon him- said,

“Whoever walks a journey to learn (religious) knowledge, Allah will spread for him road between the roads of Paradise. And indeed, the angels lower their wings to those who pursue knowledge, as the angels please with what they do. Verily, whatever lives in the sky and the earth, and fishes in the ocean, will beg Allah to forgive a knowledgeable one. Verily, the excellence of a scholar is higher than a worshipper, as the excellence of a full moon above stars. Verily, scholars are heirs of the prophets. Verily, the prophets didn’t leave any dinar or dirham behind, but they left knowledge as inheritance. Whoever takes it, has taken a large part.” (Narrated by Imam Ahmad and others).

Pursuing it is a form of worship

Devoting most of our time to study this religion is not something futile. Rather, it is among righteous deed that could bring a person to enter the Paradise. The Messenger of Allah -peace and prayer of Allah be upon him- said,

“Whoever travels to pursue (religious) knowledge, Allah will ease his way to enter the Paradise.” (Narrated by Muslim).

It is more precious than wealth

It is because the knowledge will protect you from Allah’s punishment, whereas your wealth will tire you since you have to protect it from being lost. Indeed, how many people who posses lots of wealth but his heart still in distress, thus he spend his wealth to get rid of his distress. Had he possessed religious knowledge, he would have found peace in his heart.

Brothers – may Allah have mercy on you -, after reading the virtues of this noble knowledge, I wish you know that learning this splendid religion, Islam, is compulsory for all muslims, both male and female. The reason behind it is how can we know about what pleases Allah, whereas we are being hesitate to learn about this shari’a? Thus, fire up your spirit, O muslims, to pursue this religious knowledge, and don’t let the enemies of Islam turn yourselves away from it. Don’t let satan play with your religion and distance you all from the knowledge that Allah had taught you trough the voice of His noble messenger. Learn…and learn..and spare your time to attend the religious lecture. At there, You’ll hear verses of Qur’an being read, sunnah of the Prophet being taught, and sayings of the scholars being advised as daily guidances.

The Prophet – peace and prayer of Allah be upon him- also said,

“When a man died, his deeds will be stopped, except for three things: charity, useful knowledge, and righteous child.”

Indeed, we really need to contemplate about this saying, since if a person had met his death, it means that he has lost time to do righteous deed, and these three things are his only hopes that left. Whereas at that time, he is in dire need of deed that can save him from Allah’s punishment. Thus, reward from the wealth that he had spent in charity will keep flowing to him, as the knowledge that he taught human of will be stored for him in the Hereafter; likewise, a righteous child will always pray for Allah’s forgiveness for him.

The Journey of the Nobles

Whoever hesitates to bear the heat of the sun and tiredness in pursuing religious knowledge, certainly will not achieve glory in his Lord’s side. Look at what Ismail bin ‘Ayyasy did when he sought knowledge, glory, and leadership. He said, “I inherited 4000 dinars from my father, and I spent it to seek knowledge.”

The parable of a man who loves knowledge is as a man who misses his lover, thus he is willing to spend his wealth and time to pursue it. Here is Imam Muhammad bin Ishaq bin Mandah; he travelled to seek knowledge at the age of 20 years old, and he returned to his village at the age of 65 years old. He had spent 45 years of his age attending religious lectures and learned from 1700 teachers. When he returned to his village, he taught people of his knowledge.

Imam Ibnu Jarir Ath-Thobari went to seek knowledge at the age of 12. His father always supported his needs from time to time. He once said, “At one time, the parcel from my father came late, thus I cut my sleeve into two, and sold it, and used the money from it to support my study.”

Imam Ibn al Jauzi told his son about his journey in seeking knowledge, he said, “Know, O my son, my father is a very rich man and when he died he left plenty of inheritances. So, at the time a reached adulthood, they gave me 20 dinars and two houses and said to me, ‘This is the inheritance from your father’. I took some dinars and used it to buy several books of knowledge. Then I sold the two houses and used the money to support my study. This father of yours has never been disgraced in seeking knowledge.”

These are a little history of the journey of the scholars in pursuing religious knowledge. They knew that the worldly life is just a moment compared to the everlasting life in the Hereafter. They knew that it is impossible to reach happiness in Paradise but by obeying Allah. They also knew that obedience will not be realized except after knowing what Allah and His messenger command of, of righteous deeds. Hence, they were eager to reach for Allah’s please by learning this noble religion based on the Qur’an and sunnah of Allah’s messenger -peace and prayer of Allah be upon him-, upon the understanding of the messenger’s companions. The Messenger of Allah – peace and prayer of Allah be upon him- said, ” The parable of guidance and knowledge of which I am sent to reveal, is as heavy rain that poured down to the earth. Hence among the earth’s surface, there is an excellent part that could absorb water then grow plenty of plants and grasses. And among the surfaces there is a barren land but it could keep some water thus Allah gives some benefits to human by that water, they could drink and water their plant (by using it). And among the earth’s surfaces, there is part that couldn’t keep water nor grow any plants. That is the parable of a person who understand about Allah’s religion and is able to take some benefits from it (knowledge and guidance) that Allah has sent me to reveal, thus he knows (of this religion) and teaches people of it. And likewise, of people who do not take heed and refuse to accept Allah’s guidance that I bring with me.” (Narrated by Bukhari and Muslim).

That is the virtues of the scholars. They taught people of good based on the guidance from Allah and His messenger. They advised people to return to Allah’s way and achieve happiness in this world and in the Hereafter. They persuaded people to be a graceful person by having knowledge about the Qur’an and the sunnah, the inheritance of our noble prophet -peace and prayer of Allah be upon him-.

But what happened to the muslim generations of today?! Where had their spirit to learn knowledge from the scholars gone? Allah has made the journey to pursue knowledge easy, they don’t need to travel through the desert, or the sea, to listen to a hadith of the Prophet -peace and prayer of Allah be upon him-. But indeed, the enemies of Islam have turned them away from pursuing knowledge. Devil has managed to trap them inside wickedness. Most of the Young generation of this ummah would rather indulge in the pleasures of this world, and they feel no need to learn sunnah of the Messenger – peace and prayer of Allah be upon him-. A sad reality faced by this ummah.

But know that there will always be a group of people who hold firm to this religion. They are people who always study the Qur’an and sunnah of Allah’s messenger correctly. Hopefully Allah make us one of them. Amin.

To end this writing, I pray to Allah alone so that He’ll always ease you to learn religious knowledge and study Islam in a correct method. Verily, it is only He Who turn human’s hearts upside down.

Peace and prayer of Allah be upon our prophet Muhammad, his companions, and his followers until the Last Day.